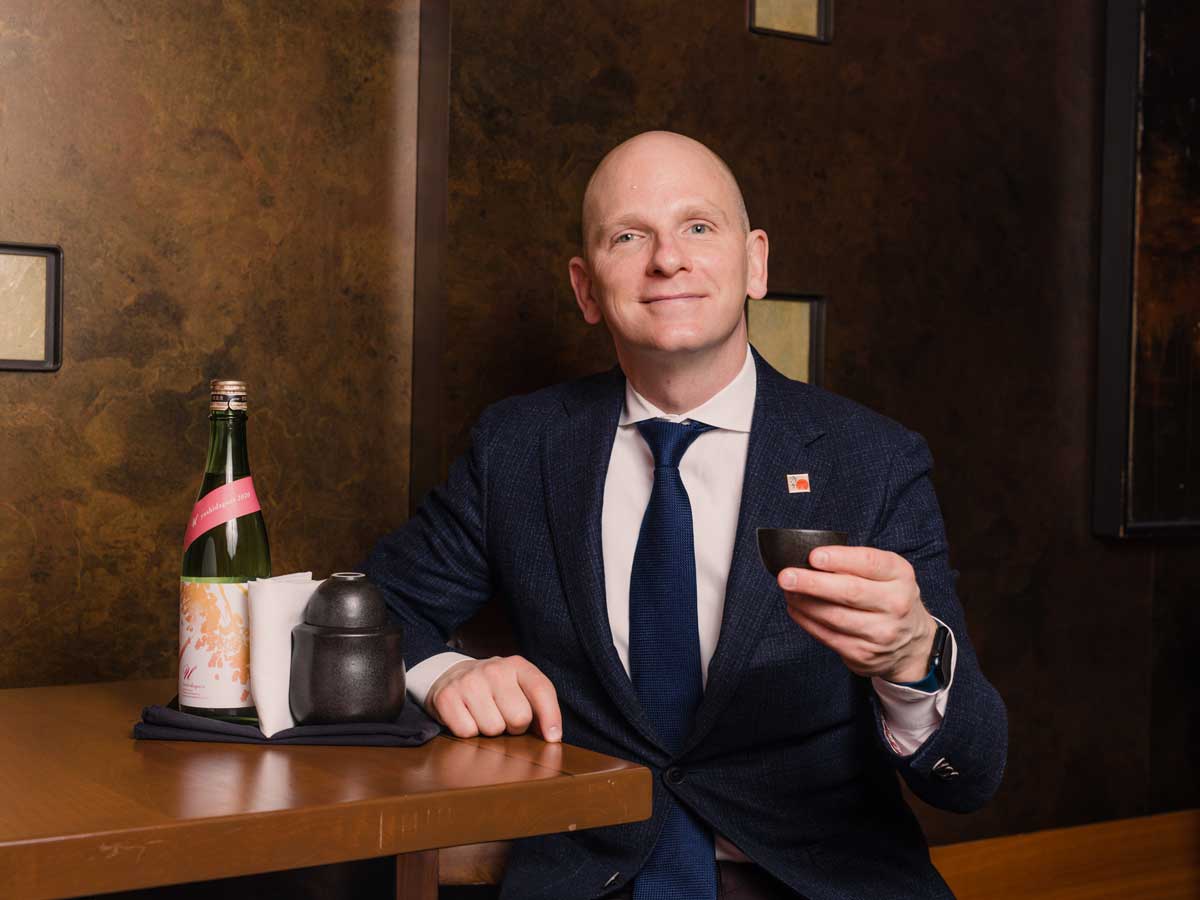 Right now, bottles of sake are quietly aging beneath the waves of the sea, where darkness, pressure, and rocking motion are believed to enhance flavor. Others are infused with citrus yuzu, peach and ume plum while distillers blend sake with tequila to create entirely new drink categories. Somewhere, someone – possibly Dave Grohl himself – is opening a bottle of Foo Fighters brand sake. And then there’s Nestlé’s new sake-flavored Kit Kat bar, which captures the innovative and free-spirited spirit that drives today’s sake moment. Purists might consider this a gimmick, but it shows just how open the once-secret world of sake has become.

Originally considered a sacred drink primarily used in Shinto religious ceremonies, sake – the liquor made from fermented rice – over its 2,000-year history has permeated culture at all levels, eventually becoming Japan’s national drink. Today, with an international market valued in 2019 at $9.2 billion, sake is going global.

With an expected compound annual growth rate of 4.7% between 2020 and 2027, the market shows no signs of slowing down. For most of its history, sake was a hyper-local drink typically consumed within a 30 kilometer radius of where it was produced, but international export volumes have increased by 53% over the past eight years.

“I think people are realizing that the international market is crucial to the long-term success and growth of sake,” says Nancy Matsumoto, co-author of the new book, Exploring the World of Japanese Craft Sake: Rice, Water, Earth. , along with sake historian and sommelier, Michael Tremblay. “The number of international [sake] breweries that have opened has steadily increased each year. Now they are in Mexico, England, Spain and New Zealand, to name a few countries.

North America is at the forefront of growing demand for premium Japanese sake. the United States represents 26% of the world market. Canada accounts for 3%. China is also showing strong growth with sales reaching a record high of $258 million and forecast growth of between 4.7 and 12.5% ​​in the coming years. Sake exporters are now looking to Europe and the UK as an area where consumption is expected to increase.

Through his work as a sake sommelier at Ki Modern Japanese + Bar in Toronto, Tremblay has had a front row seat as the drink’s popularity has grown, providing sake flights to patrons for the past five years. Since the start of the pandemic, flights have become more popular, he says. “Once a week, we offered a selection from Japan and around the world and we noticed a huge increase in these outings at the tables. From our perspective, it’s a great way to engage with customers and we see more and more people coming to the restaurant with an interest in trying different styles and types.

Sake sales in Ontario alone are up 10% year-over-year to $11 million in 2021, making it the largest segment of the Liquor Board’s new ‘Destination’ offering of Ontario (LCBO) of selected international selections, exceeding French, Italian and California wine. Canada even has its own thriving sake brewing scene thanks to companies like Artisan SakeMaker and YK3 Sake Brewery, both in British Columbia, as well as the Ontario Spring Water Sake Company.

“In the same way that craft beer got huge a few decades ago, it’s that time for good in terms of growing popularity and innovation,” says Matsumoto. “There are young people taking over age-old companies and saying, ‘We want a premium product. We’re going to make sake wine/beer hybrids, we’re going to experiment with yeasts. There is such a spirit of experimentation and innovation.

Darren Seifer, a US-based NPD Group food and beverage analyst, agrees drinkers are ready for something new, at least for them. “[They’re] looking for more variety with their adult drinks,” he says. “Beer and wine are still the top alcoholic beverages consumed, but we are seeing in many areas of consumption that smaller categories are gaining popularity at the expense of larger, traditional beverages.”

Find out why high-end food courts are booming, how LEGO has found a niche with adults, and why digital handwriting is the latest tablet feature.