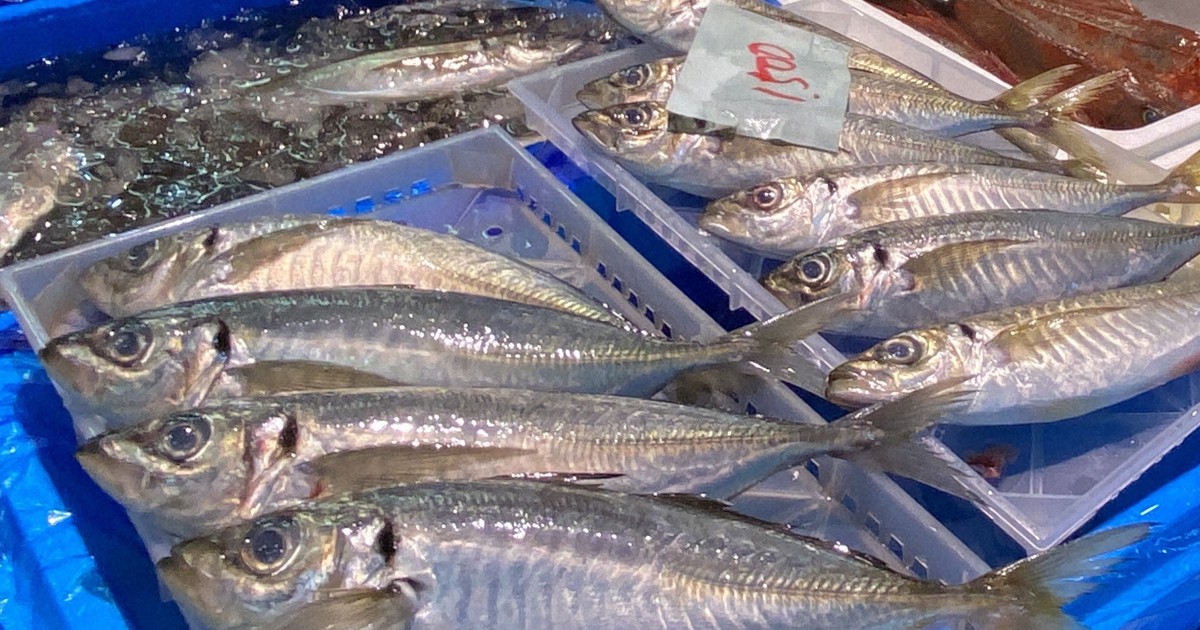 What is anisaki, the leading cause of food poisoning in Japan, and how to avoid it?

TOKYO — The number of reported cases of food poisoning caused by Anisakis, a parasite that enters the human body when consuming sashimi and causes severe abdominal pain, is on the rise in Japan.

In 2018, it became the leading cause of food poisoning in the country. Anisakis is a frightening parasite that bites into the walls of the stomach and intestines, causing severe pain and nausea due to allergic reactions.

On June 26, Tomomi Itano, 30, a former member of popular Japanese idol group AKB48 and now a TV personality, reported on her YouTube channel that she was suffering from anisakiasis.

So how can we prevent it?

“Aniki attacked me”, “Aniki is scaring me.” Blogs and social media sites of angling enthusiasts are filled with posts about Anisakis, nicknamed Aniki, with awe and fear in mind.

According to Japan’s Cabinet Office Food Safety Commission, Anisakis is a nematode with a length of 2 to 3 centimeters. It passes from krill, a type of plankton, to fish including mackerel and horse mackerel, and through the food chain it matures into the bodies of marine mammals such as whales, dolphins and Steller sea lions, who are the end hosts. Then the eggs are released into the seawater mixed with feces, and the hatched larvae are eaten by krill and reintroduced into the food chain.

During its life cycle, Anisakis is found in the stomachs and intestines of humans who have eaten raw fish. Anisakiasis first appeared in written records in 1876 with a case in Greenland, within the Arctic Circle. Subsequently, people who ate salted herring in the Netherlands in the 1950s and 1960s developed the disease one after another. The first case was reported in Japan around this time.

According to the Department of Health, Labor and Welfare, food poisoning is categorized by cause into: (1) bacterial, such as salmonella; (2) viral, such as norovirus; (3) parasites, such as Anisakis; (4) chemical, such as agricultural chemicals; and (5) naturally toxic, such as puffer fish toxin and poisonous mushrooms. Anisakis was designated as the causative agent of food poisoning under the Food Sanitation Act in 1999.

In 2013, there were 88 cases of food poisoning in Japan from Anisakis, or 9.5% of the total, but in 2017 the number exceeded 200 cases. A series of reports of Anisakis food poisoning by celebrities in 2017 helped raise awareness of the gut infection. For example, TV personality Naomi Watanabe tweeted that she was in “severe pain” and recalled, “I cried in the hospital.” Ryota Yamasato, one half of comedy duo Nankai Candies, and Tomoharu Shoji, one half of comedy team Shinagawa Shoji, also revealed on TV shows that they suffered damage from Anisakis.

Food poisoning caused by Anisakis surpasses campylobacter found primarily in chicken and norovirus, in number of cases, and has accounted for the most outbreaks since 2018. There’s no end to the number of restaurants that were suspended from their activities.

On June 26 this year, ex-AKB 48 member Itano reported on her YouTube channel that she had an Anisakis removed, saying the anisakiasis was “extremely painful”. Her message brought the nematode back into the public eye.

Jun Suzuki, board member of the Japanese Society of Parasitology and head of the clinical microbiology division of the Tokyo Metropolitan Institute of Public Health, cited “increased awareness of Anisakis” as the main factor behind the outbreak. increase in cases, but he also pointed out that this number is “the tip of the iceberg”. Medical institutions are not fully aware of the need for notification, and there are estimates of around 7,000 cases of anisakiasis per year in Japan based on data from these institutions.

To prevent anisakiasis, the Ministry of Health recommends freezing fish at minus 20 degrees C for at least 24 hours or heating it to 60 degrees C for at least 1 minute. Anisakis move from internal organs to muscles when fish die, so in addition to looking for nematodes with your eyes to remove them, the ministry also asks to remove internal organs immediately after catching the fish.

Can’t we “neutralize” them with the power of wasabi, which is said to have bactericidal properties? According to Suzuki, “it may be somewhat effective if you swallow a tube of wasabi”, which leaves little hope. Also, Anisakis do not die when vinegar is applied or when dipped in soy sauce, so people should be careful.

Tadatoshi Hayatake, section chief of the Japan Fishermen’s Association Fishmeal Promotion Center, which promotes fish consumption, recommended “heating or freezing the fish if you’re concerned”, but added: “The status of parasitism (Anisakis) changes depending on the type of fish, its habitat and the season. The risk is reduced when consumers judge each fish individually, so I hope that each of us will become a connoisseur and appreciate the richness of seafood. ”