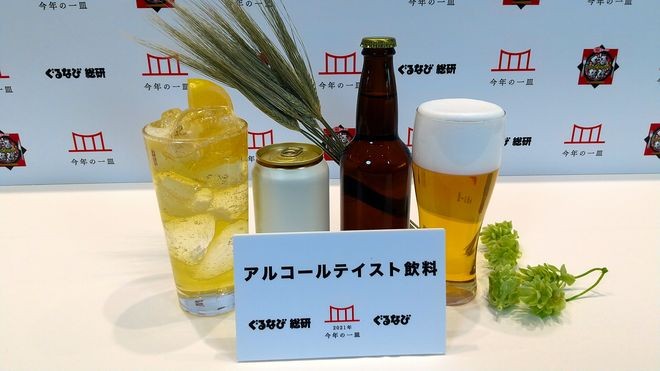 A “Kamigata rakugo” style comedic storytelling act from the Kansai region tells of a traveling man who walks into a village restaurant and orders “sake”.

The owner tells him that the area is famous for three brands of sake, namely â€œMurasameâ€, â€œNiwasameâ€ and â€œJikisameâ€.

The owner explains that Murasame lets the drinker sober up when he leaves the village (mura).

“What about Niwasame?” The man asks.

â€œYou sober up when you go out into the garden (niwa),â€ replies the owner, who goes on to explain, â€œWith Jikisame, you immediately sober up (jiki) with every sip. “

Clearly this last brand is watered down and I can imagine the man’s disappointment.

What would he think of something called â€œarukoru teisuto inryoâ€ (literally, drinks that taste like alcohol)?

It refers to drinks that taste like beer or a cocktail but have an alcohol content of less than 1%.

Drinks in this category appear to have become a boon for food establishments where serving alcohol has become problematic due to the COVID-19 crisis.

These drinks won the title of “Japanese Dish of the Year” by Gurunavi, the country’s leading online restaurant guide site.

I started noticing more of these super low alcohol drinks in supermarkets this year. Their popularity is said to reflect a growing tendency among young people to avoid alcohol.

According to a recent report by Asahi Shimbun, many people find that getting a cast is a waste of time or that they just don’t want to drink and lose control.

But alcohol also has the power to stimulate lively conversation and inspire great ideas.

Perhaps there is no point in bothering with such arguments given that some newer low alcohol products taste better than beer. In fact, they have become my go-to drink every now and then when I decide to give my liver some rest.

Come to think of it, there were fewer hangover sufferers even before the pandemic started.

A song depicting the “wages” of old, immortalized by comedian Hitoshi Ueki (1926-2007), read: “Even when I feel stupid from my hangover / The sound of the time recorder when I point. .. “.

Those days are long gone.

Vox Populi, Vox Dei is a popular daily column that covers a wide range of topics including culture, the arts, and social trends and developments. Written by veteran writers of Asahi Shimbun, the column offers useful perspectives and insights into contemporary Japan and its culture.

A fervor for fermentation | Herald of the Deccan