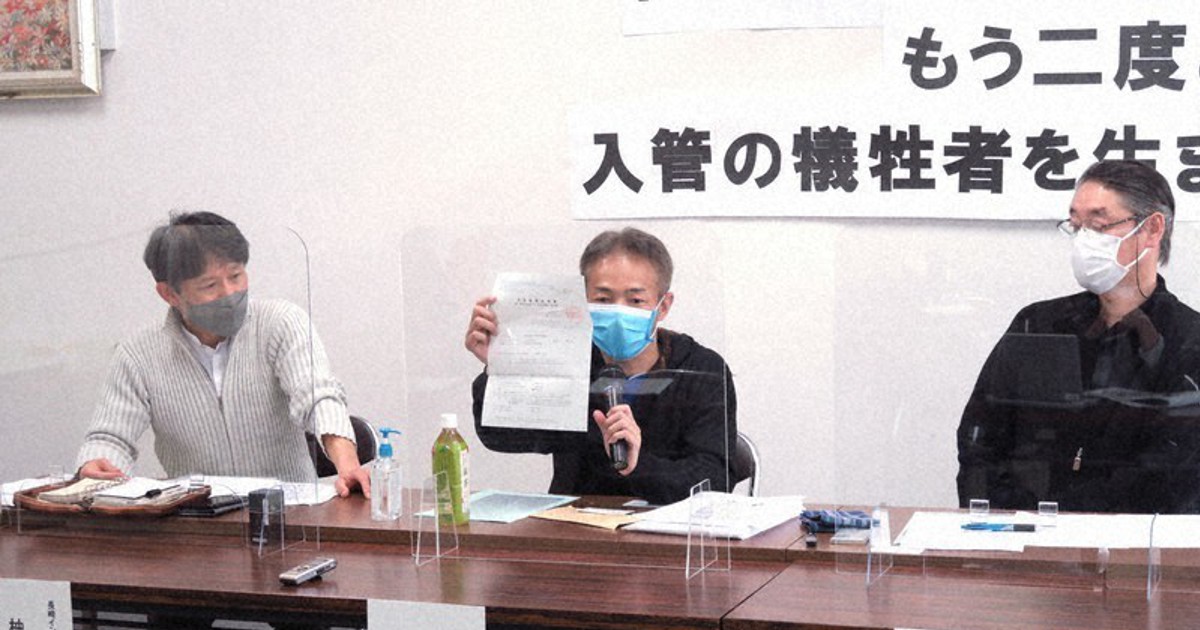 OMURA, Nagasaki – A Vietnamese man who was denied treatment for a thyroid tumor while detained at an immigration center here demanded at a press conference on March 15 that the center “treat detainees as human beings”.

Nguyen Van Hung, 50, who was released from the Omura Immigration Center earlier the same day after more than six years in detention, met with reporters in Omura city, Nagasaki prefecture, with his supporters .

The Vietnamese national arrived in Japan in 1989 and was granted refugee status in 1992. After his marriage, he held several jobs, including in the transportation sector in Kanagawa Prefecture. However, he struggled to make ends meet and was arrested for an organized gang food theft and served three years and four months in prison. He was detained at Osaka Immigration Center in July 2016 and transferred to Omura Immigration Center in December of the same year.

A year later, a tumor was discovered in his thyroid gland. He sought medical attention, but the Omura Immigration Center said he was “too young to need treatment”, according to his supporters. The tumor has now grown to around 4 centimeters and he says he feels pain when he eats or drinks.

At the press conference, the 50-year-old told reporters: “There must be no more deaths among the detainees (of the immigration center). I want the employees of the center to treat the detainees as human being.” He is about to be treated in a hospital in Japan.

In a separate case, a Nepalese man detained at the Omura Immigration Center has sued the Japanese government for damages, claiming he developed difficulty walking after his condition was exacerbated by lack of access to appropriate treatment. The case is currently before the court.

An OnlyFans for Foodies, Bear Ships 5K Robots, The Golden Age of the Mini Dishwasher