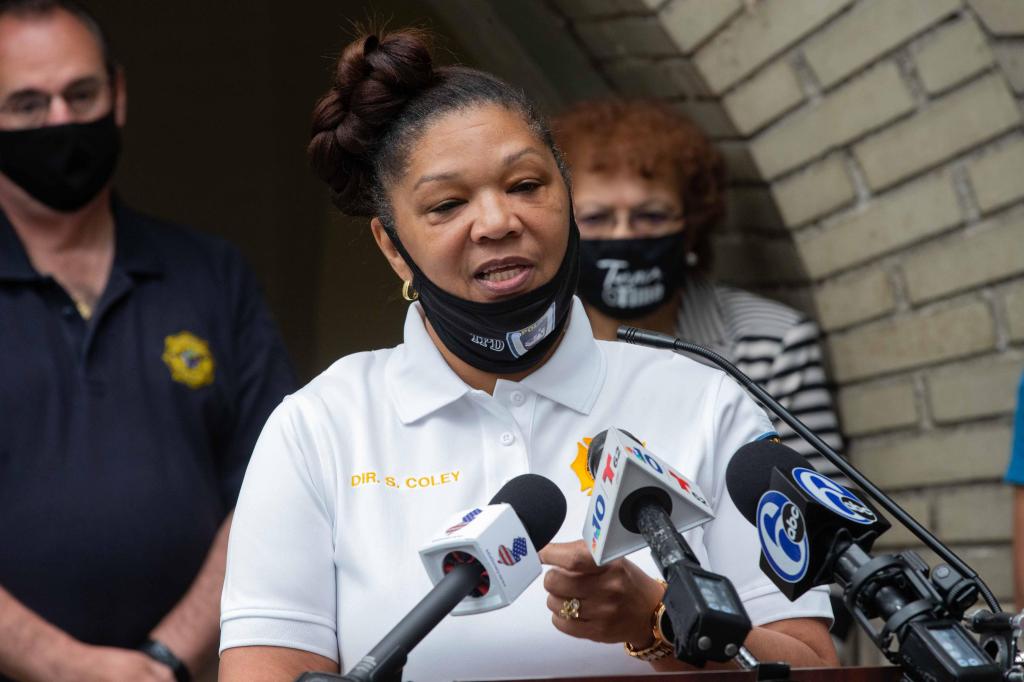 TRENTON — A business owner is standing up to the city’s former police chief Sheilah Coley for telling officers to pull back from arson during a riot that engulfed Trenton during protests in George Floyd almost two years ago.

Amin Arias, owner of Tony Liquor and vice president of the Latino Merchants Association of New Jersey, filed a lawsuit this week against the city, manager and fired officer Timothy Long, for what happened to Tony Liquor on the 31 May 2020.

Arias, who filed a notice of tort claim in the summer of 2020, claims he lost around $300,000 after looters, using mason blocks, burst in and ransacked his store, taking alcohol and over $30,000 in lottery tickets from a broken machine during the scrum.

George Dougherty, Arias’ attorney, wrote that Trenton police barely tried to corner the looters while Coley was on duty. The matter was not taken seriously until successor Steven Wilson arrived.

He also pointed to Arias’ March 2019 reporting of a customer who showed the store owner a gun and said “it’s my ID” when asked to prove that he was. he was of age to buy beer from the East Hanover company, according to the complaint.

Surveillance spotted the man and an accomplice, but the police had little interest in tracking down the perpetrators. Coley allegedly blew up Arias when he followed the progress of this investigation.

“I already told you that,” Coley reportedly replied.

The director of police was openly hostile to Arias, the complaint points out.

Arias overheard a phone call where the mayor’s ex-chief of staff, Yoshi Manale, told an adviser that Coley ‘didn’t like ‘the owner of Tony Liquor’ because she thinks he should do the job. ‘under investigation for things he does wrong,’ the complaint says.

And Arias took offense in a separate instance, when Coley ducked out of a council meeting as he prepared to address lawmakers, taking it as a sign of disrespect.

Tensions came to a head on May 31, 2020, when Coley called a group of nine officers as they prepared to respond to an arson attack at Tony Liquor.

Coley defended his takedown order in a public forum, saying officers lacked riot training and that state police were tasked with responding to crimes in that area.

They cannot wear badges or uniforms, carry weapons or police radios or order around cops on the streets, Dougherty said.

Coley “took command” of the officers by telling them not to respond to the liquor store, the attorney wrote, which amounted to “unauthorized interference with the officers’ mission.”

Trenton police in the back fabricated an error-filled police report from Constable Long that allegedly showed he visited Tony Liquor days after the break, the complaint alleges.

Dougherty said his client asked for body camera footage of the so-called visit, but was told it didn’t exist.

Arias says Trenton police covered up their lack of interest in finding nearly three dozen looters who destroyed the store.

He pointed to body camera footage of Captain Mark Kieffer, who was allegedly heard telling Arias during a June 23 visit to his store: “We know you were unhappy with the service. . . and that is why we are here.