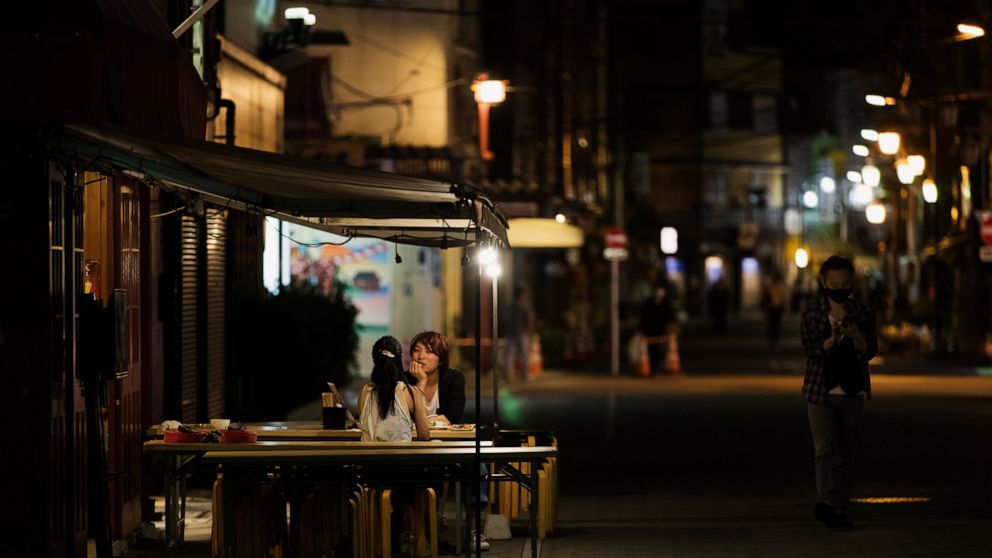 TOKYO – Japan has fully emerged from the coronavirus state of emergency for the first time in more than six months as the country begins to gradually ease antiviral measures to help rejuvenate the economy affected by the pandemic as infections slow down.

At Tokyo’s busy Shinagawa Station, a sea of â€‹â€‹masked commuters rushed to their jobs despite a typhoon approaching, some returning to their desks after months of working remotely.

Emergency measures, in place for more than half of the country, including Tokyo, ended Thursday after a steady decline in the number of new cases in recent weeks, helping to ease pressure on Japanese health systems .

Outgoing Prime Minister Yoshihide Suga thanked the people for their patience and cooperation and urged them to stick to their basic anti-virus measures.

â€œOnce again, I ask for your cooperation so that we can resume our daily life safely,â€ he said.

The lifting of the emergency marked a new beginning for some people.

Office worker Akifumi Sugihara, 46, said he was back at the station for the first time in about a year. â€œI had been working from home for over a year and came to the Tokyo office as (the emergency) was over today,â€ he said. â€œIt’s been a really long time. I feel it’s a new beginning.

Another office worker, Kaori Hayashi, 37, said it was an ordinary Friday. â€œIn my mind, nothing has really changed,â€ she said. “We must always be careful. I will remain vigilant and go on with my life as usual.

Japan is keen to expand its social and economic activities while balancing the need to prevent another wave of infections as the weather cools. Officials say the government still needs time to create more temporary COVID-19 treatment facilities and continue with vaccinations to prepare for any future resurgence.

The emergency measures mainly concerned requests from restaurants to reduce alcohol and hours. They can now serve alcohol and run an hour longer but still have to close at 9 p.m.

Daily reported cases fell to less than 1,600 on Wednesday nationwide – less than a tenth of the mid-August peak of around 25,000. Experts attributed the drop in numbers to advances in vaccinations and the fact that people have stepped up their social distancing efforts after being alarmed by the collapse of medical systems over the summer.

Almost 59% of Japanese have been fully immunized. Japan has recorded around 1.69 million cases and 17,641 deaths from COVID-19.

The latest creation from a 348 year old sake brewery: a special sake just to drink with ramen!