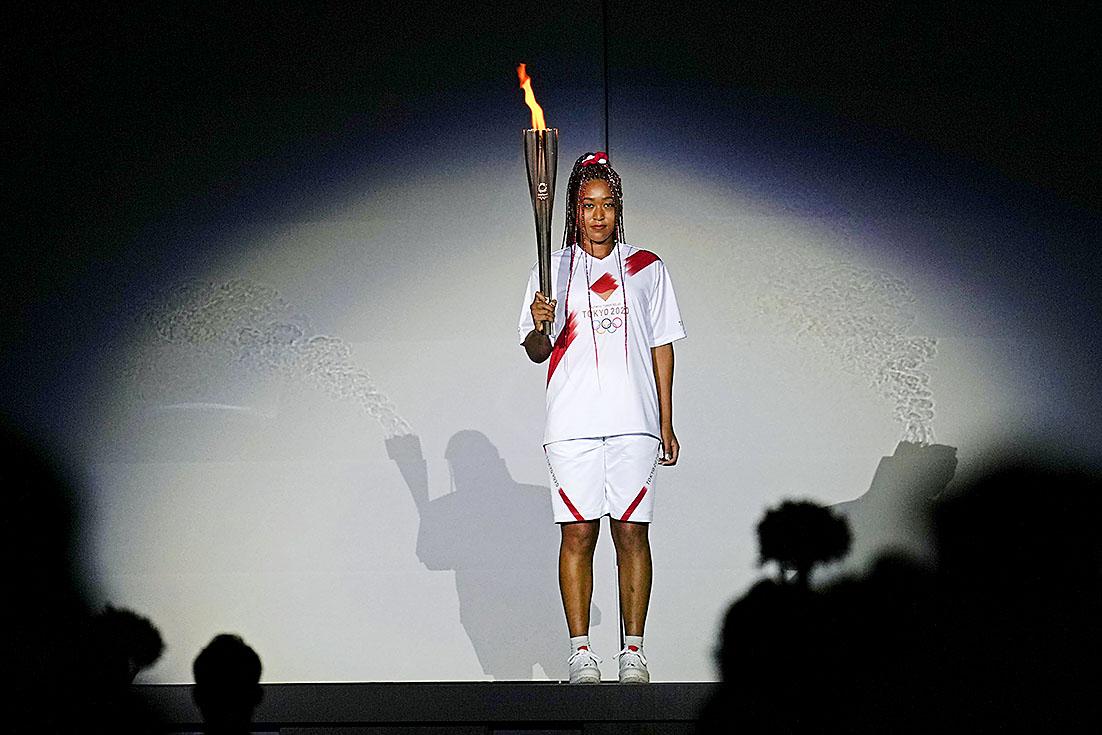 The Olympics ask a question: what does it mean to be Japanese?

Two multiracial athletes, two starring roles: Rising NBA star Rui Hachimura carried the Japanese flag during the opening ceremony of the Olympics. Tennis superstar Naomi Osaka lit the Olympic cauldron. For Japan, it was a remarkable showcase of racial diversity – but one that also highlighted all that is lacking in a nation that values â€‹â€‹homogeneity and conformity.

Osaka and Hachimura, who both have a foreign parent and a Japanese parent, received warm acclaim from many even as some nationalists online accused them of not being “purely Japanese.” It has rekindled a debate on racial identity that points to a particular and thorny question: what does it mean to be Japanese?

Their success coincides with an increase in the number of people of multiracial and diverse cultural backgrounds in Japan, which comes as more people marry foreigners and more foreign workers arrive.

However, tolerance for diversity is still lagging behind.

Children from mixed-race families in Japan, often referred to as â€œhafu,â€ or half, make up about 2% of babies born each year. They are often berated for not being “all Japanese” or intimidated for looking different.

Melissa Luna Isomoto, who is of Japanese and Kenyan descent and raised in Japan, was delighted to see her model, Osaka, represent Japan as a torchbearer at the July 23 event. But she said her heart sank when she saw comments online criticizing Osaka for not being Japanese enough.

â€œThese defamations against Naomi-san also hurt me and others of mixed race descent,â€ Isomoto said in a recent interview in Japanese from his home in Yokohama. “It was so painful that I tried not to read them.”

â€œShe barely speaks Japanese and she is not purely Japanese,â€ a Twitter post said. “Certainly not. We wanted pure Japanese, or as a compromise, at least a Japanese speaking hafu (half Japanese) like Rui Hachimura,” another tweet said.

Many reviewers posting online suggest that they define “Japanese” as those whose parents are both Japanese and speak the language perfectly. Many consider those born and raised in Japan, like Hachimura, to be Japanese, but think of Osaka, who grew up mostly in the United States and is not fluent in Japanese, as more Japanese-American.

There have also been complaints about Osaka’s support for the anti-racist Black Lives Matter movement and its comments on mental health. In addition to its Haitian roots, Osaka tends to be an easy target in Japan, where experts say prejudices against women and mental health issues persist.

Growing up with African roots, Isomoto has been reminded repeatedly that she looks different.

â€œI was often called a foreigner or told to return to Kenya because other children knew my Kenyan roots, and sometimes I was called a gorilla,â€ she said. â€œBecause of bullying and racism, I often didn’t like my own roots and wished I was Japanese. “

She gained self-confidence and began to learn more about her African descent when she met other students of different multiracial or cultural backgrounds in high school. Yet the pressure to comply was so great that she had her hair straightened like the other Japanese students, trying to blend in.

Japan’s lack of tolerance also affects sexual minorities and Korean and Chinese ethnic groups, who are not bullied for their physical characteristics but are discriminated against on historical and political grounds, said Julian Keane, a sociologist at the Osaka University.

â€œNaomi Osaka’s torch emphasized the use of diversity only when it suits Japan and brings benefits,â€ Keane said. Multiracial people are considered “human resources” and considered Japanese only when they achieve results without interfering with the privileges of the “majority,” he said.

For example, Japan relaxed its immigration policy to allow more unskilled foreign workers to compensate for a declining workforce in the world’s fastest aging country, but on condition that they come without their family and leave after the end of their contract.

The term “purely Japanese” is often used to promote unity and national identity, and to target and exclude others. There is a growing presence of MÃ©tis people in entertainment and sports, where their roles are expected and they are marketed for their appearance and physical performance.

The Japanese Olympic team of more than 580 has at least 30 mixed-race athletes, including Abdul Hakim Sani Brown, a Tokyo-born sprinter who is the son of a Japanese mother and Ghanaian father, and the medalist of Olympic Judo Gold Aaron Wolf, a Japanese American born and raised in Tokyo.

There are also various stars from the past: home run king Sadaharu Oh, a Chinese citizen who grew up in Japan, for example, and baseball star Sachio Kinugasa, born to a Japanese mother and an Afro-American soldier. American, have been widely accepted as Japanese. and both received the prestigious People’s Honor Award from the government. Kinugasa, who was bullied for his mixed race as a child, passed away in 2018. Oh competed in the Olympic Torch Relay last month during the Games’ Opening Ceremony.

Yet in a country where conformity and consistency have been emphasized, life can often be difficult.

In May, Hachimura’s younger brother Allen, who also plays basketball on a college team, cited a recent defamation, saying on Twitter: â€œPeople say there is no racism in Japan, but some people make racist comments like this. I don’t think the revelation could make a difference, but I just wanted you to focus on the issue of racism.

Hachimura replied, â€œMessages like this come in almost every day. “

Isomoto says she is now sure of her mixed roots and who she is. Like Osaka, her role model, she hopes to help those who still suffer.

â€œIf I am asked if I am Japanese or Kenyan, I choose neither. I was born and raised in Japan and am bicultural. I can’t choose one or the other, â€Isomoto said. “I would say, ‘I’m just me. “”

Comments will be moderated. Keep comments relevant to the article. Comments containing abusive and obscene language, personal attacks of any kind or promotion will be removed and the user banned. The final decision will be at the discretion of the Taipei Times.

Opinion: Dealing with the impostor syndrome

Editorial: Andrew Cuomo must leave or be removed for public confidence | Opinion