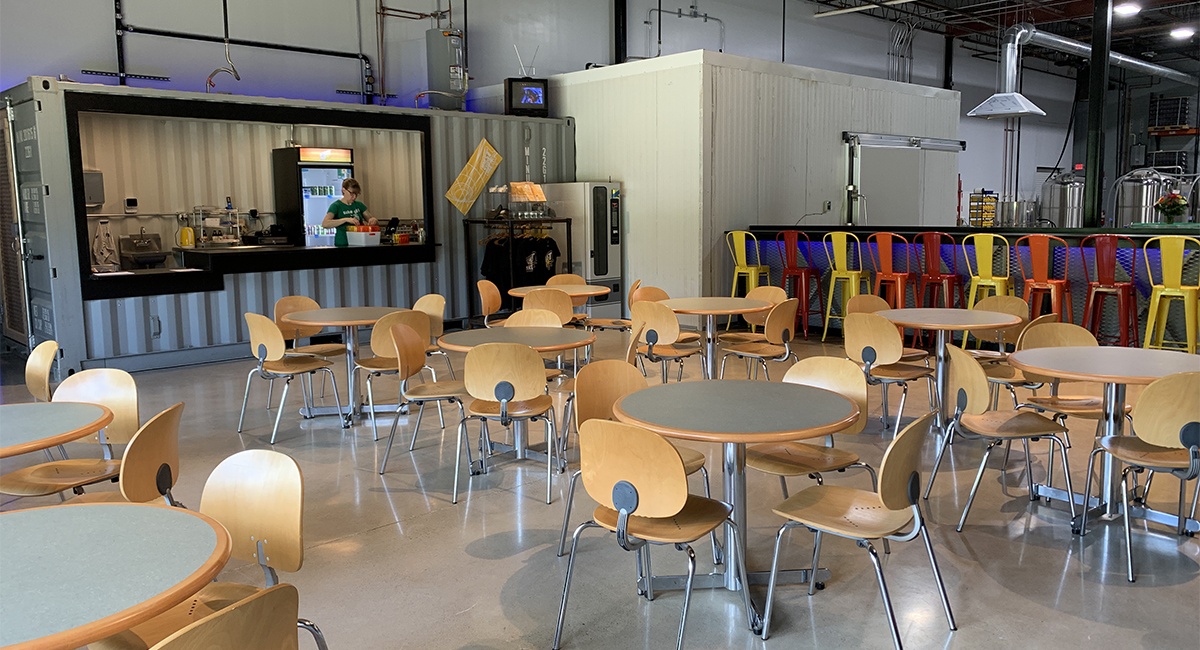 At the Medfield bar, brewer Todd Bellomy explores a new frontier of this ancient rice drink.

At first glance, brewer Todd Bellomy’s story isn’t all that rare: he started brewing at home years before opening his own brewery space and bar. But unlike most (if not all?) owners of New England’s burgeoning brewing scene, Bellomy wasn’t just working on the next big beer; he also made sake.

Japan’s national drink, sake is created by fermenting rice. Bellomy, who majored in Japanese language at UMass Amherst, fell in love with the drink after college while living abroad and apprenticed at a sword maker in the Kanto region. . (Thus, its story also differs from most other brewers in this respect.)

After returning to the United States in 2004, Bellomy began brewing home beer and eventually got a desk job at the Boston Beer Company. He also tried to search for sake locally but, as he related on his blog Boston sake, there wasn’t much available in stores and bars in the Boston area. So he sourced some Japanese brewing manuals and tried his hand at making his own, eventually collaborating with Cambridge Brewing Company on a beer-sake hybrid and becoming the brewer of Dovetail Sake, a now defunct Waltham producer. 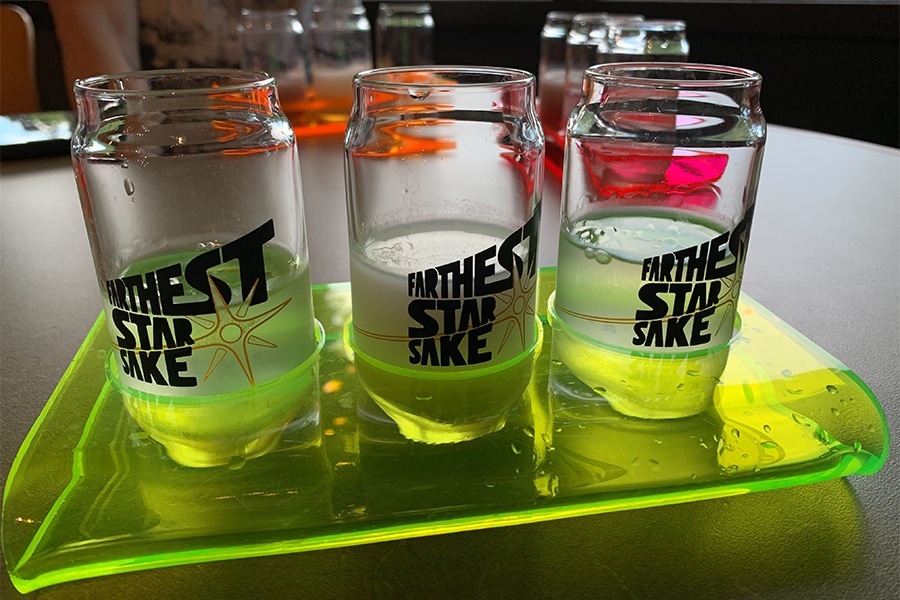 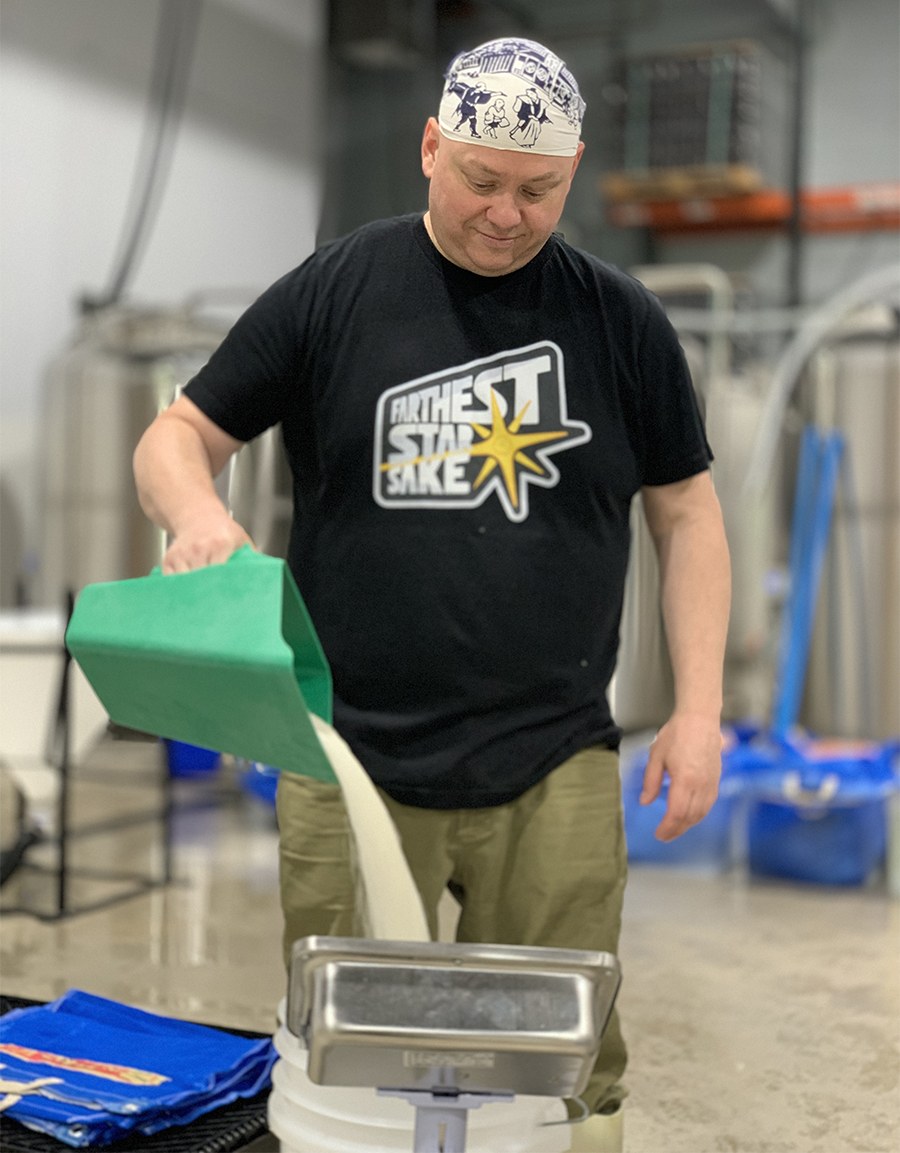 He does this in several ways. At the bar, which is open Saturdays and Sundays for now, it offers 5-ounce glasses as well as three-sample flights. Five ounces is a lot more sake than American restaurants typically offer, Bellomy says, and at $8, “it’s probably the best sake deal in Massachusetts.” By September, it also aims to begin making sake for restaurants and producing two bottled varieties, which will be sold in approximately 7-ounce containers in stores across the state. “The single-serving sake is what keeps people trying it,” says Bellomy.

For at least this summer, however, the only place to sip Farthest Star Sake is the Medfield Bar, also designed to be inclusive. Located in an industrial area next to route 27, it has parking and is next to 7th wave brewing, a local beer company and pizza kitchen. “Being next to a beer brewery helps both of us,” Bellomy says of 7th Wave. He was particularly pleased to see visitors bring pizzas to enjoy with their sake. “I like sake with all foods, and it’s a real uphill battle for sake breweries in general,” he says, noting that Americans tend to associate drinking sake only with sushi or ramen. . Food pop-ups are already happening in the new dining hall, and “our plan is definitely to get [vendors] here to do everything,” says Bellomy.

With large windows letting in natural light, tables and counters, and large silver tanks on the production floor, Farthest Star might not be too different from any brewery you might have. visited. But it has very unique conveniences of a beer operation. Made from recycled refrigeration panels, a custom “koji room” provides space to grow koji, a mold grown on rice that produces the enzymes sake brewers need to break down rice starches into sugar, necessary for the production of alcohol. “It’s analogous to malting in beer,” says Bellomy, noting how malt houses like Valley Malt prepare the grains that beer brewers use. “We need a really clean source of enzymes, so we go through this incredibly laborious two-day process every time we make a drop of sake.” 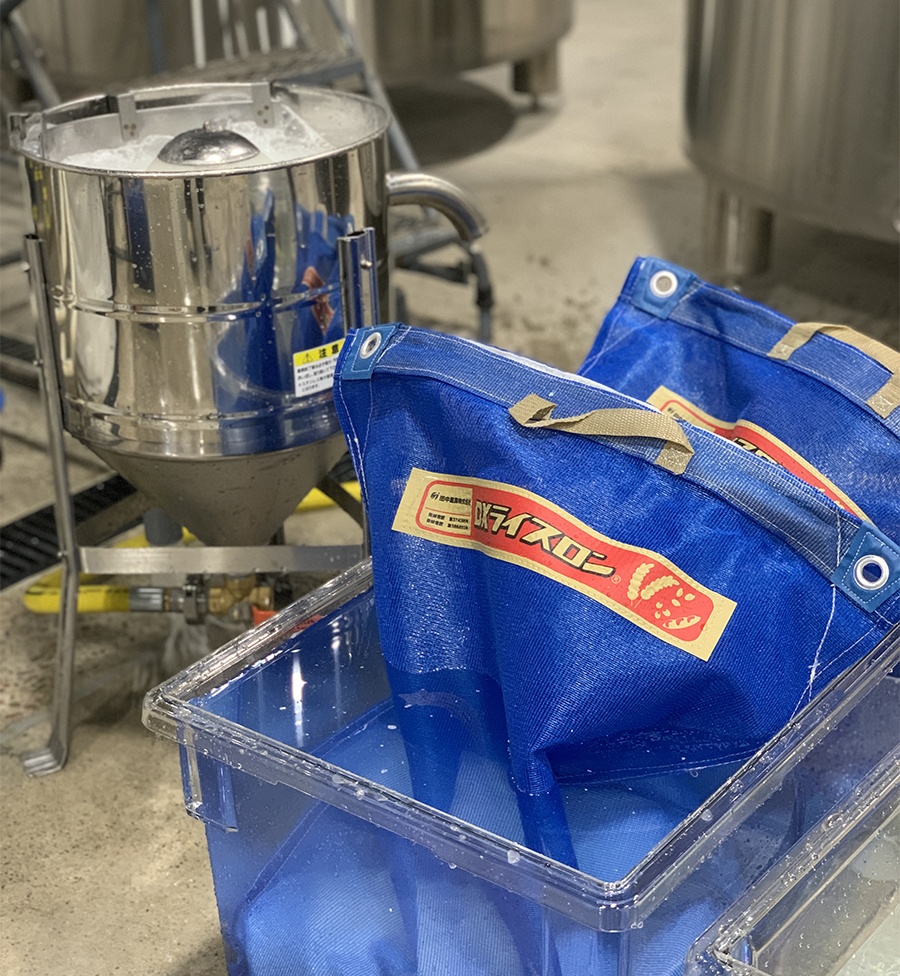 It takes about six to eight weeks to go from grain to glass, so the sakes Farthest Star opened with are available for the foreseeable future. Small-batch flavors based on each type, like a dry-hopped version of X-1 called Biodome, came and went as Bellomy and his employee, Daniel Moon, experimented.

Because that’s really what this new frontier of sake brewing is all about. “Sake is this ancient Japanese drink that’s at the forefront of what’s happening in the United States,” says Bellomy. “We’re about to let this drink spread its wings and be influenced by the myriad of drinks and traditions that exist here.”

Japan: what explains the decline in life expectancy for Okinawans? | Asia | An in-depth look at news from across the continent | DW