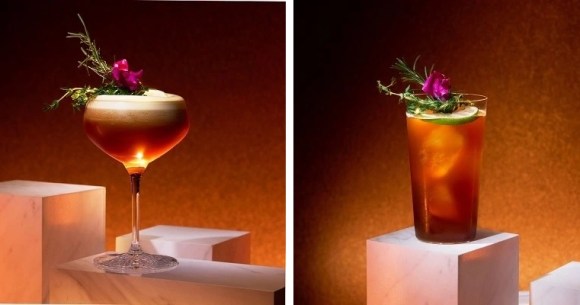 Espresso shots aren’t the only type of shot at Starbucks anymore.

Tired of Starbucks collaborations in Japan? Well, here’s one to drink! May 27, Starbucks Reserve Roastery Tokyo has teamed up with Japanese fashion brand Ambush to create a line of tequila and cold brew drinks exclusively available at Starbucks’ Nakameguro Reserve Roastery location.

Ambush was launched by Japanese designers Yoon and Verbal in 2008, and they are inspired by Tokyo pop art. They have collaborated with a number of fashion brands in the past such as Louis Vuitton, Nike and Converse, but this is their first beverage collaboration with Starbucks Reserve Roastery.

▼ Ambush and Starbucks also released a video about the collaboration in English.

There are three drinks in the series, all of which feature a mix of cold brew coffee and tequila or iced tea. You might say they aren’t cheap, but this is a once-in-a-lifetime collaboration.

This drink mixes cold brew, tequila and tonic water. The light fizziness of tonic water combined with the caffeine of cold brew is sure to wake you up.

It is the only non-alcoholic drink available in the series. It’s a blend of Teavana tea and cold brew with hints of lavender and sage for a sophisticated non-alcoholic experience.

▼ Don’t worry, the price also includes extras, like this card explained below.

By purchasing one of the cocktails, you will also receive some goodies: a ganache decoration and a special menu designed by Yoon. Cards are in limited stock, so if you really want one, it would be better to go sooner rather than later. And if you need to eat a little in your stomach before drinking, start at the Starbucks Reserve Roastery in Ginza for the all-you-can-eat buffet!

Sources: Starbucks Japan, YouTube/Starbucks Reserve Roastery Tokyo
Images: Starbucks Japan
● Would you like to be informed of the latest SoraNews24 articles as soon as they are published? Follow us on Facebook and Twitter!
[ Read in Japanese ]

No beer sales in 2022 for University of Georgia football fans