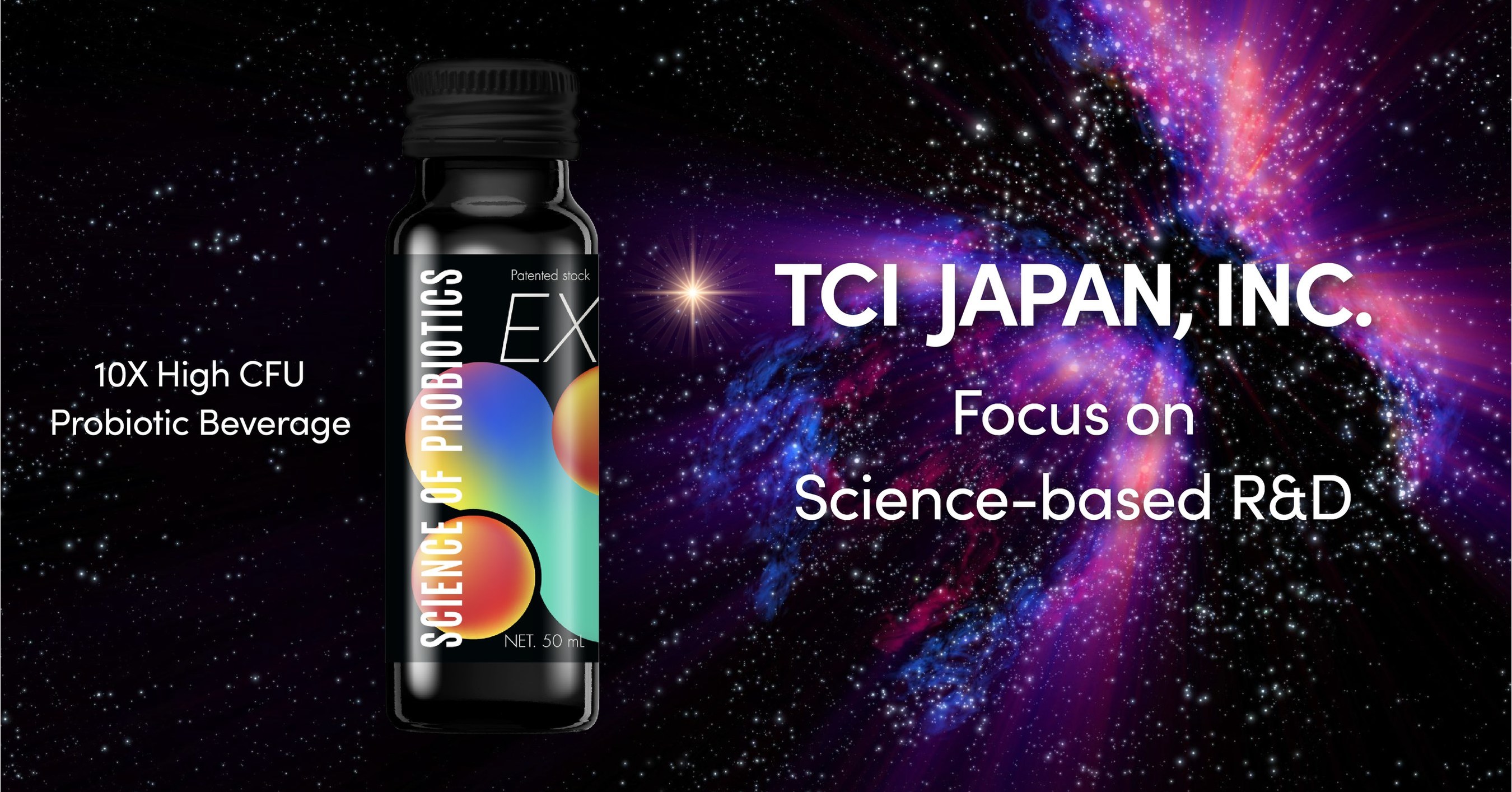 TCI JAPAN launched its breakthrough, SCIENCE OF PROBIOTICS, demonstrating how to keep probiotics alive without refrigeration for over a year

TCI Japan PROBIOTIC SCIENCE is the first in the industry to announce the development of a new patented process where high efficiency fermentation technology is used to infuse into each small glass bottle of beverage with 100 billion live probiotics, roughly the equivalent of the total number of probiotics in ten bottles of common lactic acid bacteria drinks. In addition, thanks to its advanced technology, a high number of live cultures can be kept alive in drinks for 18 months, even at room temperature. This historic technological innovation not only solves vendors’ difficulties in storing probiotics, but enables consumers to enjoy potent, fast-acting, long-lasting probiotic drinks. In the modern age with increasing consumer awareness, Japan takes the lead in the health food industry by Asia and has successfully used scientific research and development to make very good products.

Why New England is going wild for wet weeds

Royals player lost ball in the sun, had sunglasses upside down