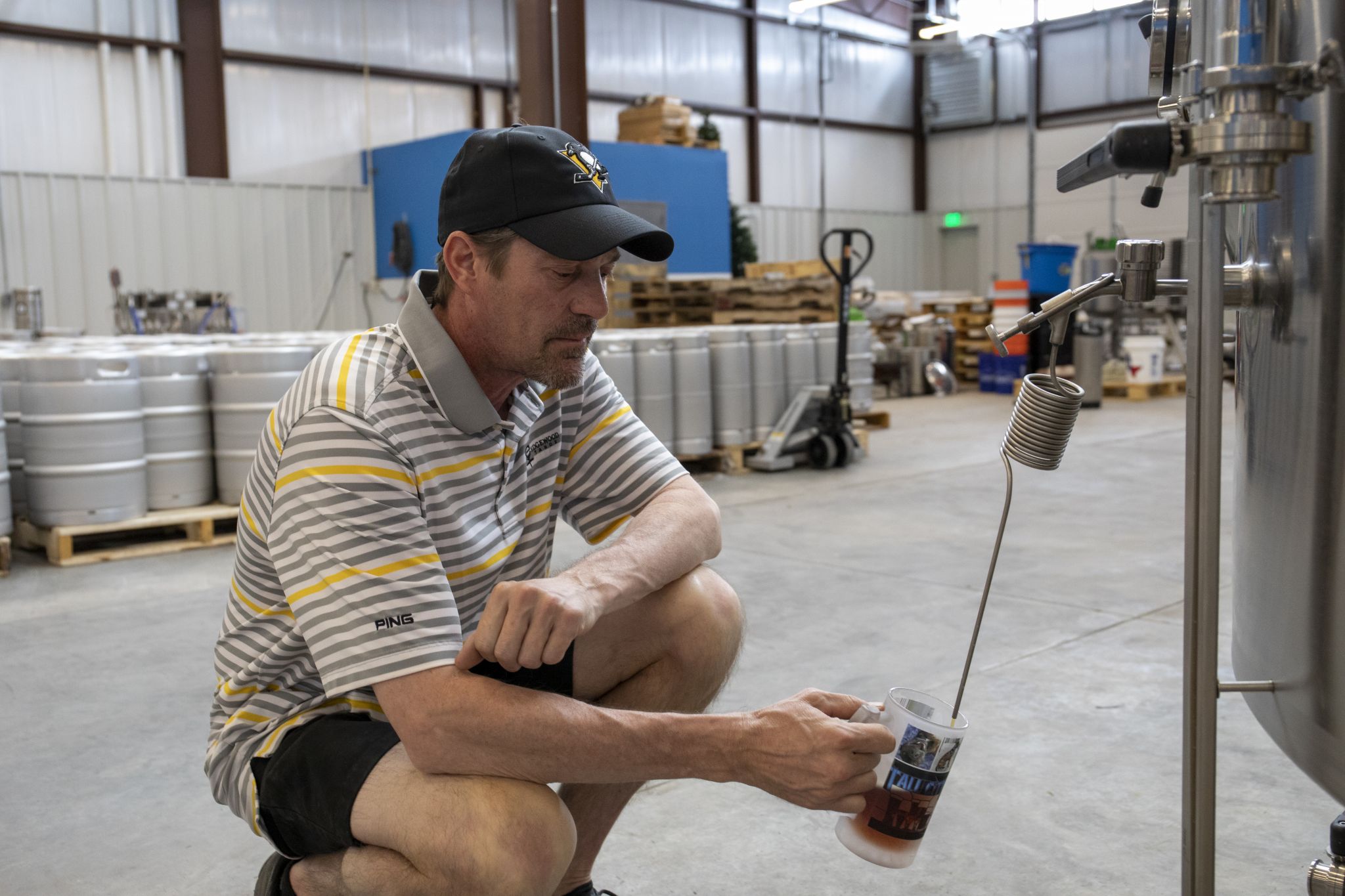 Tall City Brewing Co. in Midland talks beer making and the future of the business

Hoping to show West Texas the beauty of craft beer, two separate groups of entrepreneurs decided to trademark a trade name. After realizing they weren’t the only ones interested in the flagship, Jeff Thomas, Erich and Nicholas Schmidt, along with Jarrod and Joshua Sparks joined forces, creating the hotspot known to Midlanders as Tall City Brewing Co.

Now, with nearly three years under their belt, Tall City beer can be found on tap or canned at 50 locations across the Permian Basin, providing access to customers near and far.

Although the process matches that of mass producers, such as Coors or Miller, the Golf Course Road facility prides itself on its slower on-site creations and ability to be creative.

First, the beer starts out as a basic bean, sitting inside a 30 metric ton silo high in the sky on the right side of the flagship. Then the grain is separated into smaller portions, ground by a mill and combined with other grains depending on the type of beer in question, affecting color, taste, etc. Twenty-four hours later, the slurry enters a lauter tun, where hot water helps create wort – unfermented beer.

“Once we have reached the amount of sugar we want, we will put it in our kettle. We’re going to boil it, add hops to it, and a few other things,” Sparks explained.

After boiling, the beer enters a fermentation tank where live yeast gets the party started by eating the sugars and converting them into alcohol, giving the drink the desired flavors.

With 19 options available in the dining room – plus a Hye Cider for gluten-free people – the company continues to push the boundaries by creating new seasonal beers all year round. Their summer series, Viva Agua Fresca Radler, consists of a hibiscus lime option and a cantaloupe option created through a partnership with Mandujano Brothers Farm. By adding fresh fruit after fermentation, the beer turns into a one-of-a-kind experience.

“It has a nice orange hue, and since we’re using fresh cantaloupe, you can still see a bit of pulp in it,” Sparks said. “It’s sweet and definitely has that cantaloupe flavor.”

With a distribution center established in San Angelo last November, Tall City Brewing Co. hopes to keep things moving while ensuring that the staples remain staples and the community feels valued. By hosting events, such as last weekend’s Boss Babe Market, the brewery hopes to maintain its connections in Midland and beyond.

“We want to show the community that craft beer is an amazing place to come, bring your family and know that we want to be part of the West Texas family. So, yes, we serve beer and all, but that doesn’t mean we can’t give back and be there for the community.