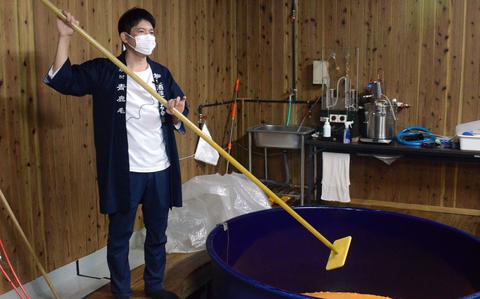 Many who have spent time in South Korea have enjoyed soju, a predominantly ethanol-based liquor that fuels more than its share of big weekends on the peninsula.

Japan has its own version, known as shochu, which has been distilled on small family farms for generations.

Miyazaki Prefecture on Kyushu Island in southern Japan is the perfect place to sample locally made shochu. A recent press tour stopped at four distilleries to see how the drink is made.

The first stop was the Yanagita Distillery in the town of Miyakonojo, where we met Tadashi Yanagita, the fifth generation to run the family business.

The distillery has a small lounge where Yanagita served samples of some of his products. Each has a distinctive taste, with some offering a stronger alcoholic kick and others tickling the mouth like whiskey.

Shochu generally has an alcohol content of between 25 and 35%. Distilleries sell 1.8-liter bottles for the equivalent of about $ 20. 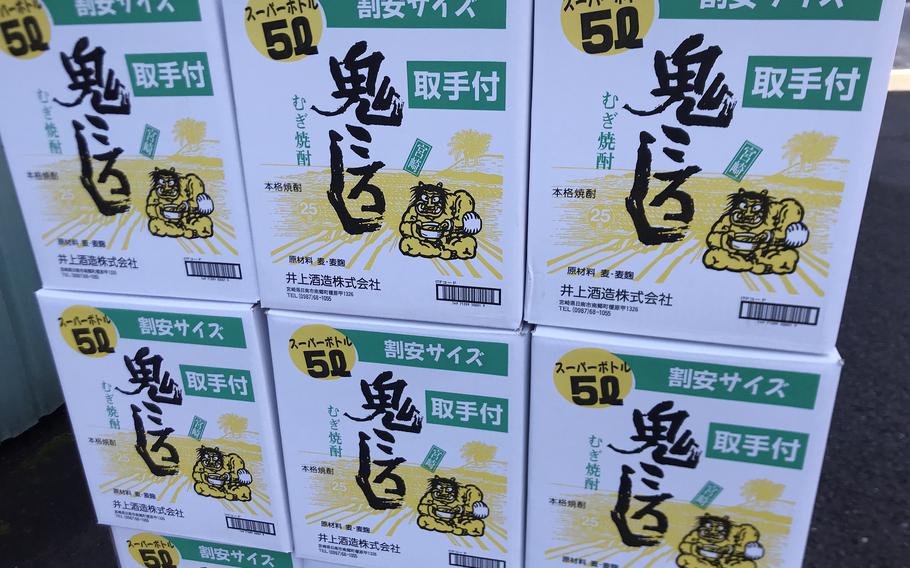 Boxes of shochu are stacked at the Inoue Shuzo Co. distillery in the town of Nichinan, Japan. (Seth Robson / Stars and Stripes)

Yanagita uses spring water from the Kirishima Mountains and local rice, barley and sweet potatoes in its products. The high temperatures and high humidity in the region are ideal for fermentation, he said.

Also in Miyakonojo, Watanabe Distillery prides itself on growing its own potatoes, according to General Manager Koichiro Watanabe.

The young shochu maker presented his factory and talked about the importance of local microbes in the alcohol making process.

Watanabe leaves the windows of his distillery open to let the local flavors float in the breeze and proudly displays the sweet potatoes he grows nearby.

The potatoes are mashed and mixed with yeast before being allowed to ferment. The mixture is stirred regularly and cooled to prevent it from overheating before being introduced into a still where the alcohol condenses to produce shochu.

In the town of Nichinan, the Furusawa Distillery operates in old buildings that include a bunker built to protect the shochu from Allied bombing during WWII. From the street you can watch the locals sorting the potatoes in a shed and see very old ceramic pots used for fermenting shochu.

A drinking area offers a view of a small garden. We sampled four types of shochu there, as well as the kind of local fish snacks a Japanese worker could eat with a drink after work.

The Inoue Shuzo Co. is also in Nichinan. This large shochu factory employs uniformed personnel to produce large quantities of alcohol which are sold throughout Japan.

The operation includes a fish farm where sturgeons imported from Russia are raised to produce caviar. If you’re willing to shell out around $ 80 for a small jar, it pairs well with crackers and a glass of shochu.

You can find a lot of shochu on Japanese supermarket shelves, and a mass-produced variety, similar to Korean soju, is mixed with carbonated fruit juice to make Chu Hai, which is sold in cans at convenience stores.

But if you want an authentic Japanese shochu experience, it’s worth a visit to a distillery, and Miyazaki is the place to do it.