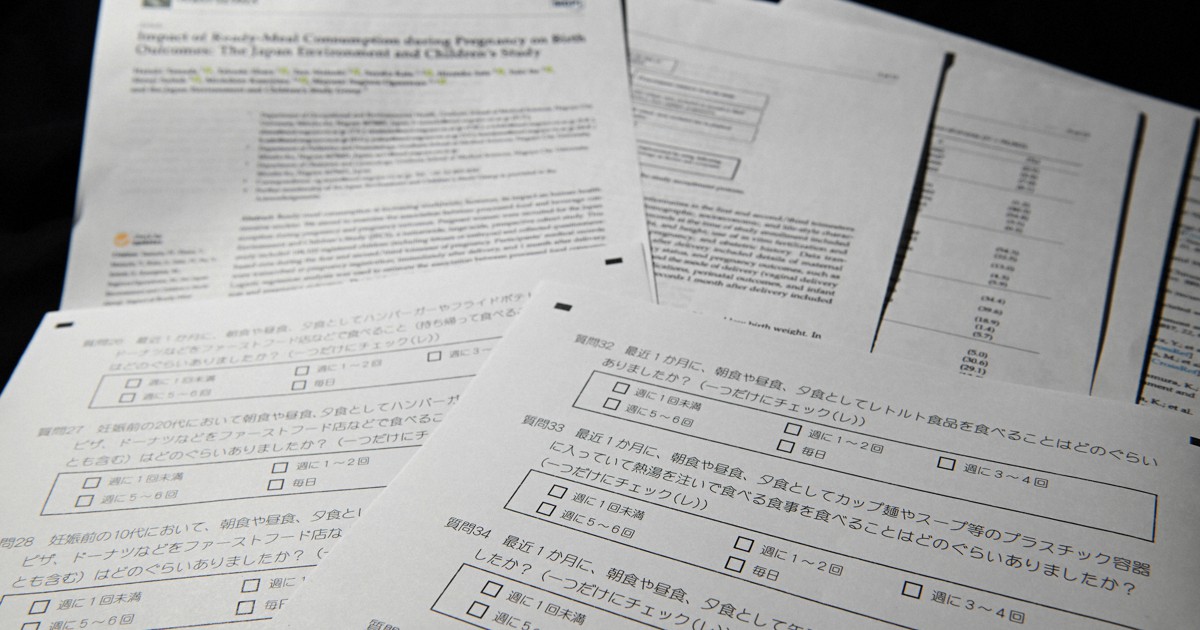 NAGOYA — Pregnant women who frequently eat ready-made bento meals and frozen foods are more than twice as likely to have a stillborn baby, according to results of an analysis by a Japanese research team .

Based on data of 94,062 pregnant women obtained from the Japan Environment and Children’s Study (JECS) by the Ministry of Environment, the research team led by Nagoya University Professor of Obstetrics and Gynecology Mayumi Sugiura and specially appointed nutrition professor Hazuki Tamada examined the relationship between pregnancy outcomes and consumption of convenience foods sold in bento boxes, pressure canners, frozen foods, instant foods, and canned foods.

At the time of the analysis, a statistical treatment was carried out to eliminate the influence of factors such as age and physique, history of smoking and alcohol consumption and income of the mother which were found to be related. pregnancy outcomes in the JECS. The JECS was conducted on approximately 100,000 pregnant women and their children from January 2011 to March 2014 to study the impact of environmental hazards such as chemicals.

The team’s analysis found a link between stillbirths and the frequency of bento lunches and frozen foods. Pregnant women who ate a “medium amount” (once or twice a week) of ready meals were twice as likely to have a stillborn baby than those who ate a “small amount” (less than a times a week), while women who consumed a “large amount” (at least three to seven times a week) had 2.6 times the risk. For frozen foods, the odds of stillbirth for women who ate medium to large amounts were 2.2 times higher than those who ate only a small amount.

Professor Sugiura said: “A previous study suggests that bisphenol A, which dissolves in polycarbonate used for food containers when microwaved, affects pregnancy outcomes. Bento boxes and bento boxes Ready-to-eat frozen foods are often heated in the microwave, and the leaching chemicals may be the cause of stillbirths.Further research is needed.

A small amount of bisphenol A remains in polycarbonate containers, and the Department of Health has established elution test standards for these and other containers. However, as numerous research reports suggest that even very small amounts of Bisphenol A have an impact on living organisms, the Ministry has instructed Japan’s Cabinet Office Food Safety Commission to assess their health implications in 2008. He is still waiting for an answer.

Of the 94,062 respondents in the JECS, 0.9% of women had stillbirths, 4.8% premature births, 7% small-for-gestational-age babies — referring to a baby smaller than usual for the number of weeks of pregnancy — and 8.1% of babies with low birth weight.

The research results were published in the international scientific journal Nutrients dated February 20.

Football match organized in honor of a girl from Mass. battling cancer for the second time – Boston 25 News

Five romantic date ideas in Brisbane for this week, from budget to blast

6 amazing things to do in Abu Dhabi this week: November 14-17