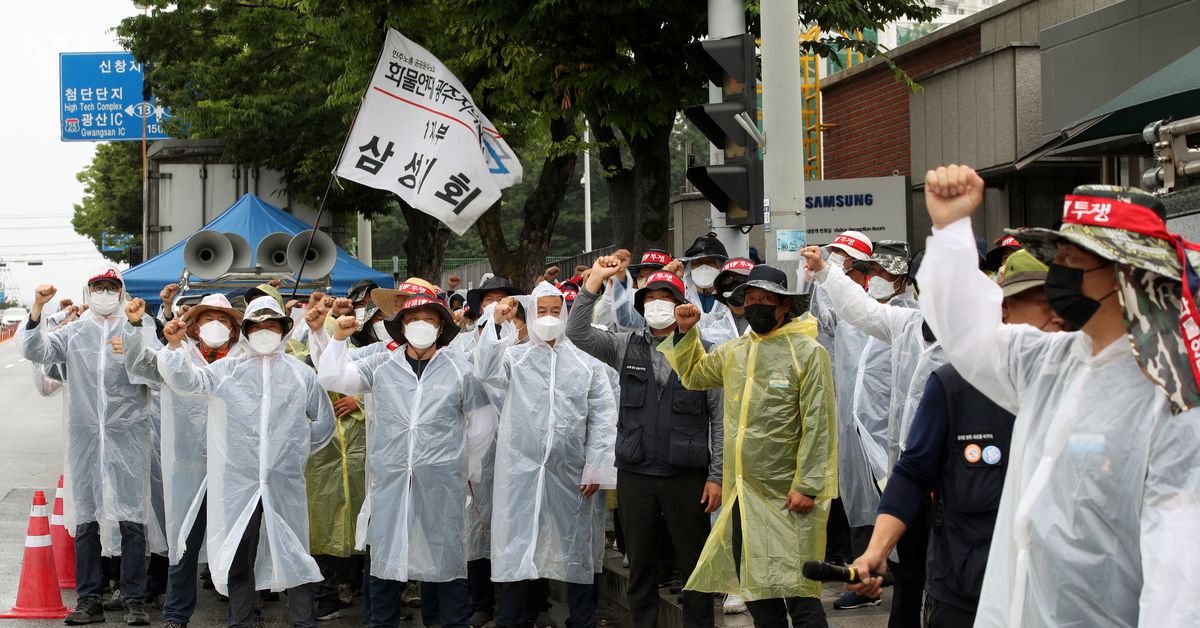 It was the first sign that the strike was affecting the global chip production supply chain, having already cost South Korean industry more than $1.2 billion in lost production and unfulfilled deliveries. Read more

KITA said a Korean company that produces isopropyl alcohol (IPA), a chemical used in cleaning chip wafers, is having difficulty shipping to a Chinese company that, in turn, supplies wafers to chip manufacturers.

About 90 tonnes of material, or a week’s worth of shipments, have been delayed, the trade body said in a statement.

He corrected an earlier statement that production had been halted and clarified that the Chinese company does not supply wafers to Samsung Electronics Co Ltd (005930.KS) chip production operations in China.

A major South Korean petrochemical company’s IPA shipments from its factory in the port city of Yeosu are also facing problems due to the strike.

Only an “essential amount” is being let through, said a person familiar with the matter, who requested anonymity and declined to identify the company due to the sensitivity of the matter.

The company’s IPA production is used as an industrial cleaning agent in semiconductors and liquid crystal displays (LCDs), among other applications, it says on its website.

The truckers’ union, which is protesting soaring fuel prices and demanding minimum wage guarantees, has pledged to continue the strike after four rounds of talks with the government failed to produce a resolution.

In a statement on Tuesday, he also condemned the Department of Transport for being “neither willing to talk nor able to resolve the current situation”.

Analysts, however, expect the strike’s impact on domestic chipmakers to be limited, saying Samsung and the world’s second-largest memory chipmaker SK Hynix (000660.KS) generally retain three months or more of inventory for materials.

Small business owners have expressed concern about the havoc a long strike could wreak on recovery from the COVID-19 pandemic, as truckers had launched their action less than two months after social distancing standards were lifted.

An official from HiteJinro Co Ltd (000080.KS), the biggest brewer of soju, South Korea’s liquor, said its shipments had been reduced by around 40% by the strike.

Large retailers were sending their own trucks to stock inventory, but supplies were drying up for some smaller businesses, such as convenience stores, the official added.