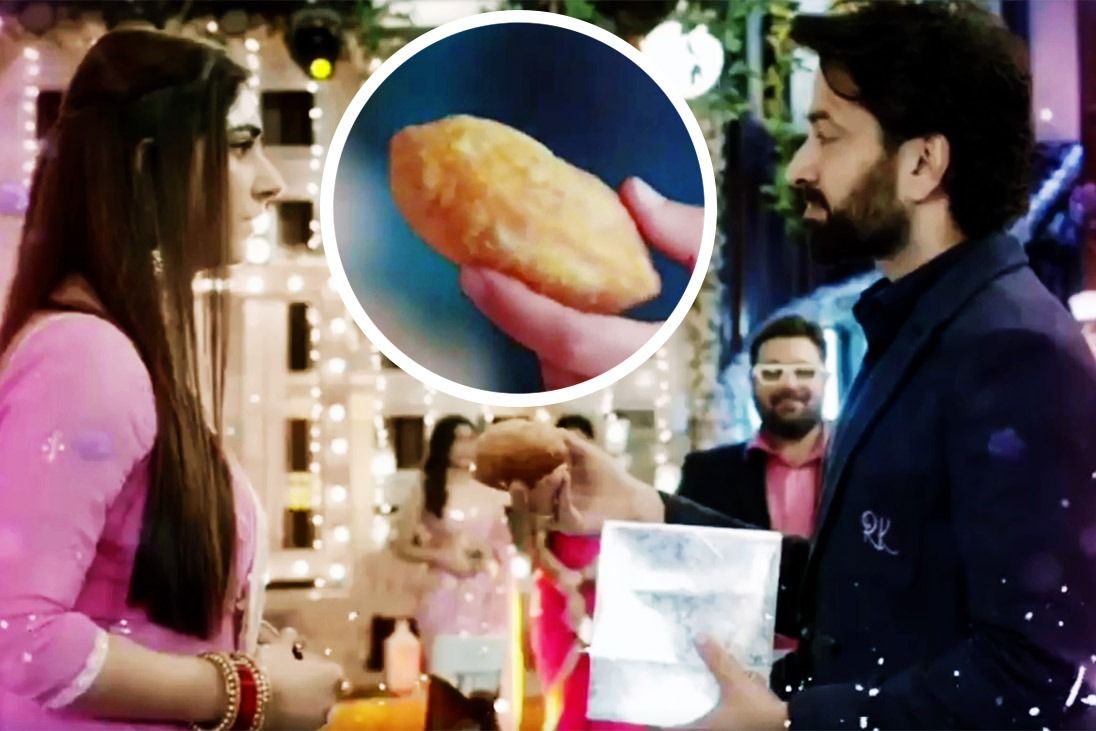 Bade Ache Lagte Hain 2 Update: TV’s most beloved show Baden Achhe Lagte Hain 2 has a separate fandom from his on-screen couple Ram Kapoor and Priya (played by Nakuul Mehta and Disha Parmar). Whether it’s anticipating what’s to come in the next episode or talking about their relationship, Bade Acche Lagte Hain 2 has definitely earned a comfortable place in the hearts of viewers.
The classic love story of Ram and Priya says it all – two starkly opposite individuals find love in each other after they marry. After Ram confesses his love for Priya, the recent episode revolves around celebrating Valentine’s Day where Ram tries hard to impress Priya as she is angry with Ram. Viewers can’t get enough of #RamYa or #RaYa (Ram and Priya) which is overwhelming. It was a treat for all the fans who constantly watched all the episodes to get a glimpse of Ram and Priya’s cute chemistry. Fans have been waiting this time for Ram and Priya to reunite. But, what annoys them is the recent track “pyaz kachori” happening. Ram found out from Priya’s younger sister, Sandy, that she loved Jaipur’s pyaz kachori since childhood. However, Priya on the other side got irritated when she revealed that she doesn’t like kachori anymore as it was related to her bad past. She started saying, “Kachori ruined her parents’ marriage because her father was having an affair in Jaipur.”Read also – Human: Ram Kapoor shares his filming experience with Shefali Shah and how they played pranks on sets

Ram, on the other hand, arranged to get some kachoris for Priya as a Valentine’s Day gift. This sweet gesture from Ram did not impress Priya and she was upset. Shortly after the promo was released, fans of Bade Achhe Lagte Hain 2 were annoyed as this piece of kachori spoiled their moment. Viewers compared the incident with Ram’s birthday cake and said “that idea was always emotional.” Also Read – Human Trailer Release: Shefali Shah, Kirti Kulhari Starrer Is A Compelling Medical Thriller

Take a look at the hilarious fan reactions here:

Exactly and now a kachori can bring back bad memories. Well, kachori or any other food can but must be executed correctly for god’s sake. I have a friend who didn’t like drinking tea, because it reminded her of tea times with the bf who cheated on her. #BadeAchheLagteHain2

Ram’s cooker cake worked because it had a real backstory. This kachori is shoved down our chotu throats like nobody’s business #BadeAchheLagteHain2 #RamYa #BALH2

Go through the definition on Google. It’s quite toxic for any relationship. Ram is materialistic like getting the roses, getting on a plane to get kachori, etc. with money that V might like but not priya. #BadeAchheLagteHain2

Today’s sneak peek – Akki’s line and P’s monologue – shows how far she’s come – she now has expectations of her husband!
Ram -kachodi’s last line will be a shock but she will eat it. And when she comes to know why he gave it (sandy) then ♥️♥️ #BadeAchheLagteHain2

What do you suggest to the writers of Bade Achhe Lagte Hain 2? Let us know in the comment section below.