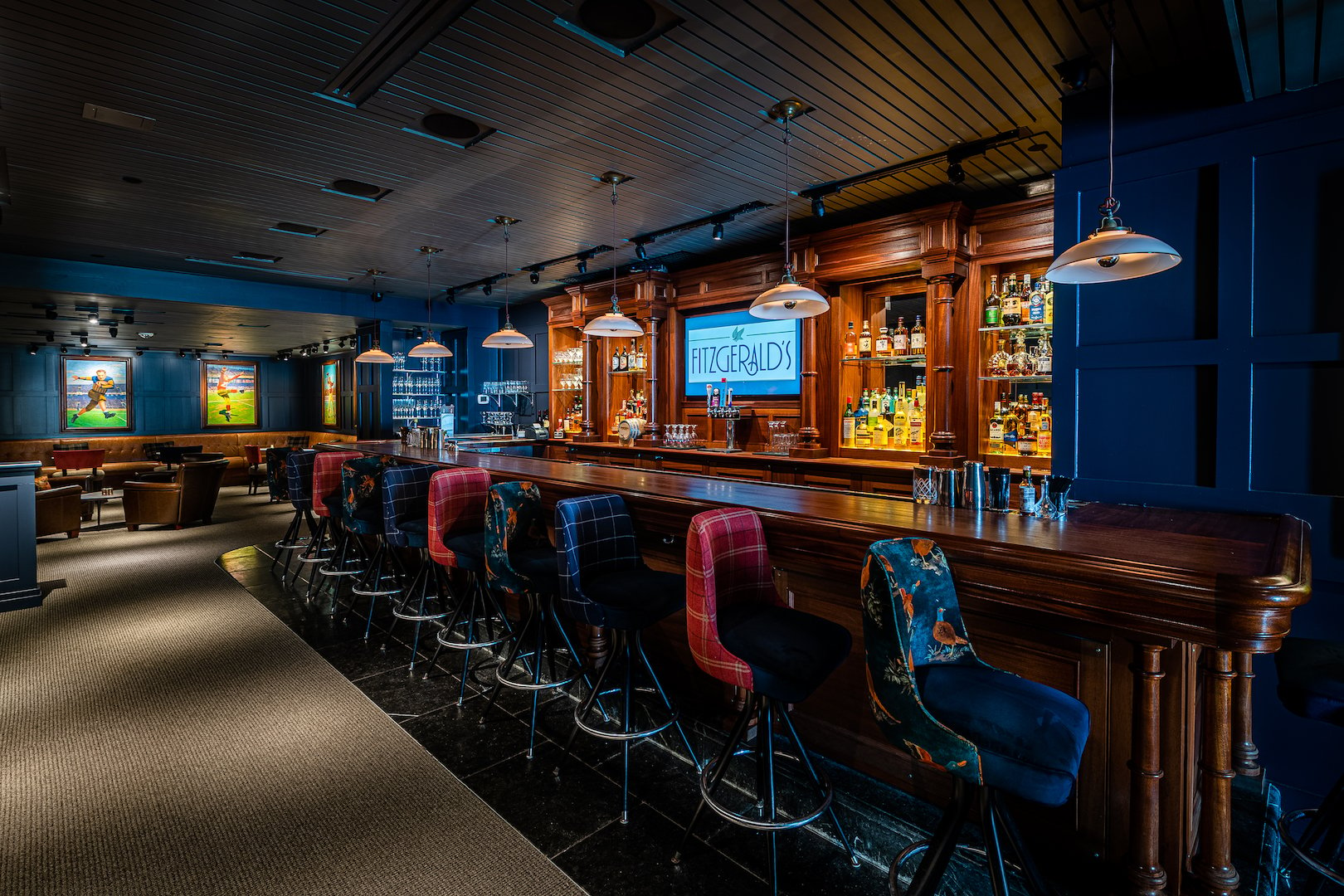 In the 1970s and 1980s, the Georgetown space adjoining the 1789 gourmet restaurant housed an Art Deco-style lounge bar and disco restaurant called F. Scott’s. Black marble lined the bar and there was a dance floor. â€œAt its peak, it was packed. It was the 80s of excess champagne, caviar and disco, and Sugar Ray Leonard was hanging around, â€says David Moran, operations manager of the Clyde restaurant group, which took over the property in 1985. In the 90s, however , the stage began to decline and the space became a private event hall. â€œTo be frank, it kind of languished there,â€ Moran says. In 2018, Clyde’s transformed the space into â€œthe club room,â€ a more laid-back offshoot of 1789, but it never really gained popularity.

Now, however, the group is hoping to bring some of the F. Scott’s (and Georgetown) buzz and energy back to its peak with a new cocktail-focused bar and restaurant called Fitzgerald’s. This time there is no disco ball. Instead, you’ll find a clubby, preppy, Ralph Lauren-style vibe with checkered bar chairs, sporty artwork, and leather banquettes when the place opens on Saturday, June 26.

Formerly Central Chief Executive Officer and Beverage Director Brian Zipin is behind the list of rotating classic cocktails (Hemmingway daiquiri, barrel aged sazerac) and riffs (a blood orange and lavender margarita, brown butter to l ‘Ancient). He also has the trifecta of ’90s flashbacks: a pomegranate Cosmo, an appletini and an espresso martini. Beyond cocktails, guests can access the entire wine list of over 300 bottles from 1789 or sip a collection of 10 relatively affordable Japanese whiskeys, including rice-based spirits.

1789, Chef Kyoo Eom compiled an eclectic and relaxed menu with dishes including Korean chicken wings, tempura squid with Grand Marnier aioli, and ricotta gnocchi. One of the highlights is a lacquered duck burger with a galette incorporating foie gras and wagyu beef fat. It’s topped with caramelized onions and fried eggs and stuffed in a sweet potato bun.

The space on the walls of the navy can accommodate around 70 people on two floors, including a bar with 12 seats. Designer Pam Farrell warmed up the place with plaid, tweed and velvet cushions, as well as football paintings and sports memorabilia.

Meanwhile, the Tombs, a favorite haunt for Georgetown students, located under Fitzgerald and 1789, are planning to reopen the second week of August, just before the start of the school year.

â€œOur real hope is that by Labor Day these three outlets will be back up and running,â€ said Moran. “It’s not easy to shut down a restaurant for months or even a year and then turn it back on.”

Jessica Sidman covers the people and trends behind the DC food and drink scene. Before joining Washingtonian as of July 2016, she was culinary writer and columnist Young & Hungry at the Washington City Paper. She is originally from Colorado and graduated from the University of Pennsylvania.

Kerry Parnell: Harry and William should end the family feud for the sake of their mother