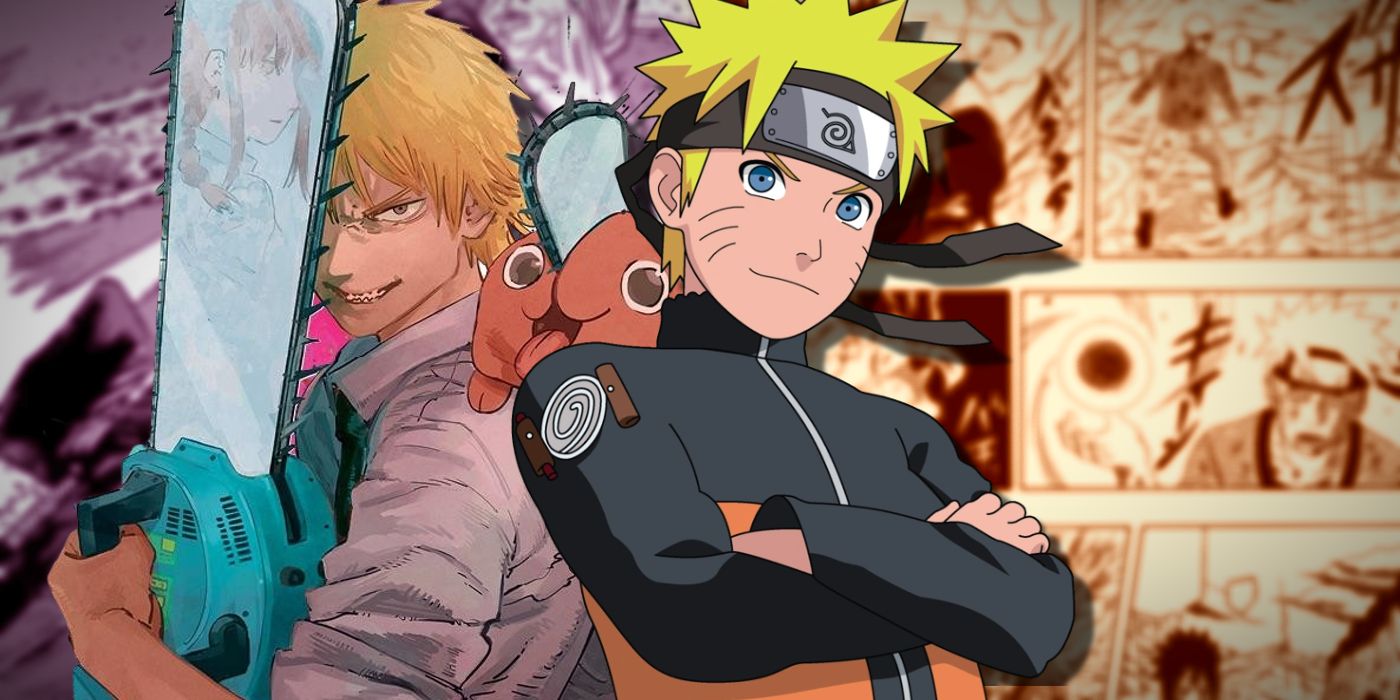 Naruto is easily one of the most popular manga of all time, but a recent Shonen Jump series takes many of its elements to a much darker place.

Whereas naruto has its fair share of brutal scenes, Shonen Jump’s Chainsaw Man takes a lot of elements from this beloved series and pushes them to a much bloodier place.

Due to the cultural differences between America and Japan, there are many things in naruto that some Westerners would be shocked to find in a series aimed primarily at young adults. Searing humor, brutal deaths, and frequent references to alcohol are quite common in the ninja world. One of the first jutsu Naruto uses in the series transforms him into a naked woman. While this and many other elements of the show raised a lot of eyebrows from locals when the show was brought west, it’s all still juvenile. There is raunchy humor, yes, but there is very little real intimacy. There is violence, yes, but even when the violence has lasting consequences, it is so detached from the violence of the real world that it is difficult to identify with it. None of this is meant to be a criticism of Naruto. These items helped naruto communicate its story to its teenage fans in a way that more realistic or adult elements would not. Now, however, much of that original base has grown, and any former fan of naruto looking for a more adult experience must read Chainsaw Man.

VIDEO OF THE DAY

Chainsaw Man by Tatsuki Fujimoto shares many surface similarities with naruto. Its protagonist, Denji, is a blonde social outcast with a demon sealed inside of him that makes him an absolute nightmare to face on the battlefield. His main rival, Hayakawa, is a disciplined dark-haired fighter who wields a sword and is willing to sacrifice anything to get revenge for the murder of his entire family. Although the obvious parallels with naruto are almost certainly unintentional, they provide an interesting contrast. While Naruto’s interest in women is goofy and played for comedy, Denji’s equally juvenile desires are used as tools to manipulate him by his boss Makima. Where Naruto befriends Kurama, bonding with Pochita takes away Denji’s humanity. Denji shows an alternate, much more depressing path that Naruto might have taken if his morals weren’t so firm.

One of the reasons Naruto accomplishes everything he does throughout his series is that his isolation as a child has given him a sense of empathy that allows him to emotionally understand the pain his villains face. . Although Naruto is probably the most famous example of this in shonen manga, he is far from the only hero like this. One of Chainsaw Man the greatest tricks flip this trope on its head. Denji’s terrible childhood didn’t make him stronger, it made him easy to manipulate. Naruto’s isolation doesn’t compare to what Denji faces Chainsaw Man. Throughout the manga, several characters refer to Denji as a dog, and it’s an apt nickname since his entire motivation centers around basic needs. Whether it’s an offer of food, shelter, or gratuity, it doesn’t take much to motivate Denji. While Naruto has his sights set on becoming Hokage and is always driven by his morals, Denji has never had time to want anything more than physical and emotional safety.

Ultimately, any similarity between naruto and Chainsaw Man is probably accidental, as Fujimoto did not list the world famous manga series among its influences. Yet the similarities are striking when put side by side. Any fan who grew up with naruto and was looking for something much bloodier and much more mature should give Shonen Jump’s Chainsaw Man a lecture.

Next: Chainsaw Man’s Most Breathtaking Moment Has An Incredibly Dark Origin

Evan D. Mullicane is an editor, reviewer, and author based in the California Bay Area. He received his bachelor’s degree in creative writing from San Francisco State University in 2016. In his spare time, he enjoys reading graphic novels and writing fantasy.