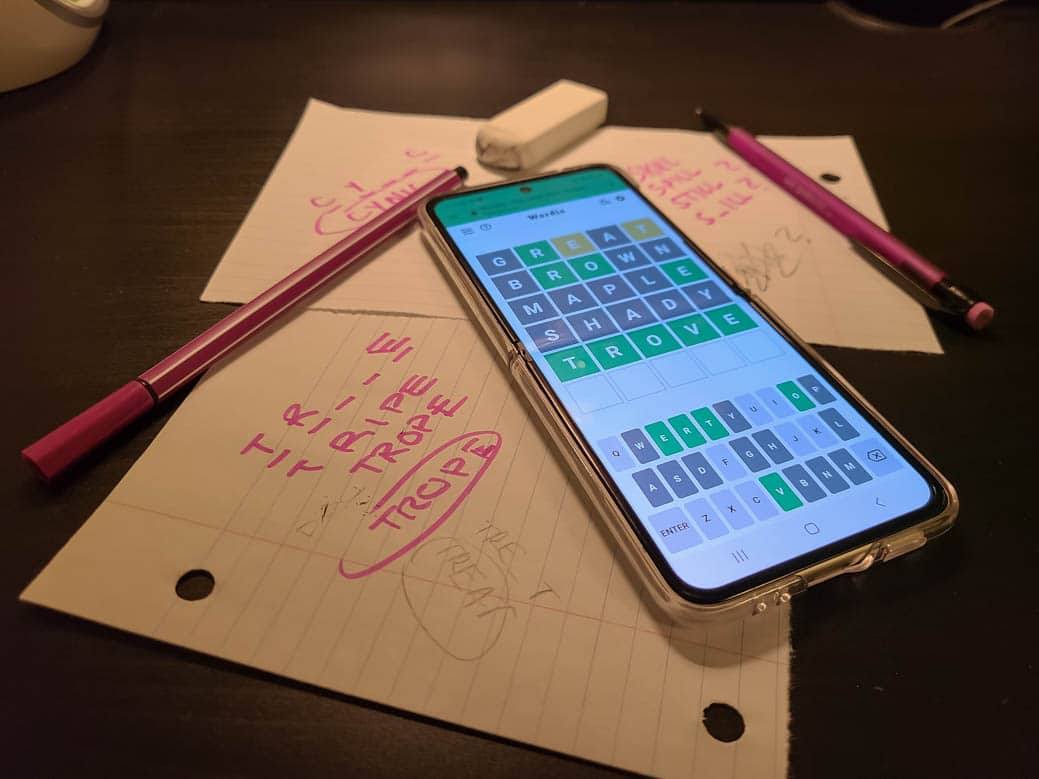 Hello, my name is Serena and I am a drug addict. A word addict.

I’ve always loved word games, especially crossword puzzles, straighteners, and riddles. A few weeks ago, I was bored at work when a colleague came up with the idea of ​​playing a game.

“What are we going to play? I asked.

“Have you heard of Wordle?” he has answered.

Neither I nor my other colleagues had heard of the game, but we were intrigued. We collected the Wordle puzzle, gathered the ins and outs of the game, and ran off to our computers to try to solve the puzzle for the day.

I felt like a word hacker trying to guess words with different vowels and consonants. A yellow letter indicated that I was on the right track. A green letter indicated one step closer to success.

I was on the fifth and final attempt. “T, empty, empty, S, E”. Frowning in contemplation, my mind explored the repertoire of every word I had ever learned, as if it were scanning a thesaurus. I squinted, cracked my knuckles, then typed, “T, H, O, S, E.” Each letter came out green. Bingo! I solved my first word.

I chided my colleagues with my victory as I watched them scratch their heads and go through their own inner thesaurus”. I didn’t give them any clues, that would be unfair. When we solved the word, we rejoiced. Those who didn’t got down on their knees and let out a loud “OH!” when we told them what the word was.

The problem was that it could only be played once per day. My insatiable desire to solve another Wordle kept growing and I didn’t want to wait an entire day to play.

I decided to look for a way to play more than once. A quick Google search revealed the jackpot I was looking for – an archive of all past Wordles, free to play. When I went to work, I told all my colleagues about it. To keep us busy during slow times, we competed to solve Wordles. As corny as it sounds, Wordle brought us together, and now we can’t wait to play secretly at work (don’t tell our managers!).

A few weeks ago Wordle was sold to the New York Times, supposedly for a narcotic seven digits. The Wordle web address has now changed to a journal-managed address, but that’s not all that has changed. The transaction caused an uproar in the Wordle community, with commentators like Trevor Noah tweet about how Wordle just isn’t as fun anymore. Some have criticized the game as more difficult than before, with words like “Agora” and “Swill” which are not as commonly used among ordinary people.

Another one change that was caused by the purchase was the random and individual allocation of the daily puzzle. Instead of a universal daily puzzle, the word changes for each user. Because Wordle users have established a sort of online community, this change has drawn backlash due to the divisiveness it causes.

Players like me embodied that sense of community and closeness, which I think is the goal (or was the goal) of the game. People loved to compete with each other to solve the word of the day and compare their thoughts. Solving a word engenders a small feeling of gratification, and this gratification can be diminished now that we are no longer all competing to solve the same word.

I asked a colleague what he thought of the decision to randomize the daily puzzle. Unsurprisingly, he commented on the community aspect of the game. “The point of the game is to share the end results with each other and talk about how you arrived at that answer. That’s what makes it fun. If it was a different word for everyone, it wouldn’t matter,” he says.

The worst aspect of the takeover may be the threat of another fun thing falling into the hands of capitalism: charging users to play. While the game continues to be free, who knows what the future holds for Wordle?

For now, I’ll dig into Wordle’s archives and count the minutes until the next daily puzzle. Let’s hope Wordle remains universal and accessible, freed from the shackles of capitalism, for Wordle’s sake!

Beer is the latest casualty in the supply chain | Business