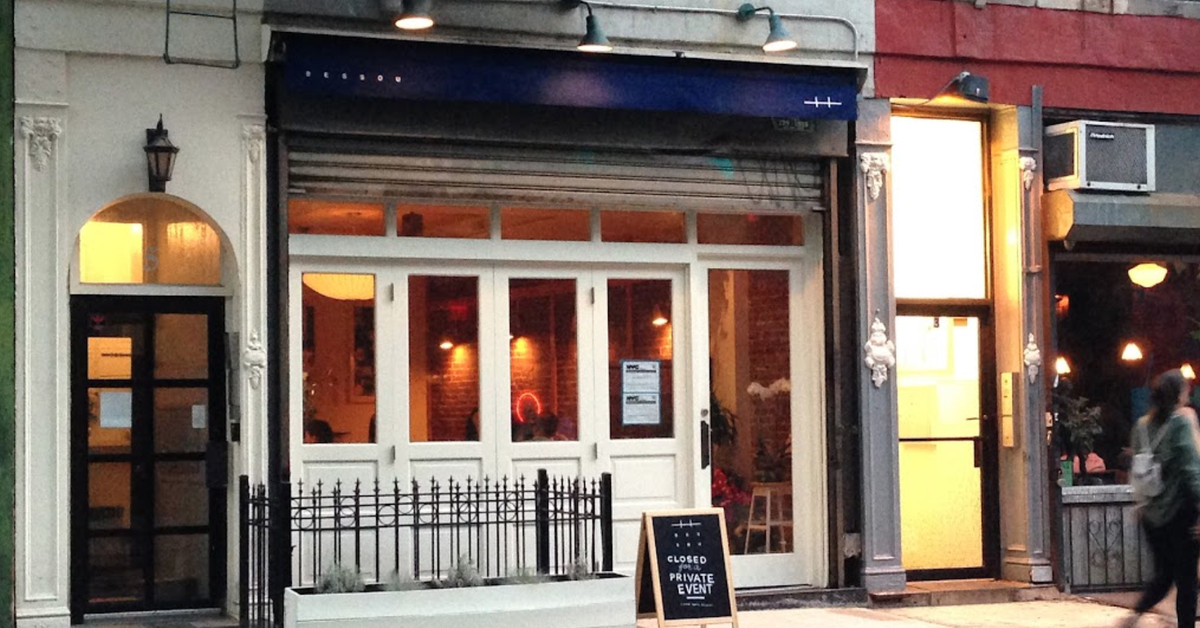 More than two years after restaurants inside New York were first closed, restaurants and bars continue to close. More than 1,000 have closed since March 2020 due to the economic downturn caused by the coronavirus pandemic. Due to the difficulty of tracking restaurant and bar closures, experts say that number could be even higher and will likely take months or even years to assess.

Below, Eater documents the city’s permanent restaurant closures, including Bushwick’s popular Sofreh Cafe and a short-lived lunchtime favorite in Tribeca. If a restaurant or bar has closed in your neighborhood, let us know at [email protected] This post will be updated regularly.

East Village: EV Grieve notes that Los Tacos NYC – not to be confused with Los Tacos No. 1, which started in Chelsea Market and now has several locations across the city – has closed its East Village store. Google lists it as permanently closed, and there’s a handwritten sign on the door that says, “I’m sorry. We are closed. See you later.” The restaurant opened in the fall of 2020, and Eater reviewer Robert Sietsema praised it for its “pleasantly resolved menu that focuses exclusively on seven tacos,” including a chicken mole, a Mexican pollo and a taco for breakfast.

East Village: A “great and reliable” neighborhood place, as one reviewer put it, Akina Sushi has been closed for weeks, reports EV Grieve. The family-run place – known for its sushi, other Japanese dishes and its BYOB policy – opened in December 2008.

noho: Bessou, a stylish spot serving comforting Japanese dishes, closed its doors last week after nearly six years in business. According to the restaurant’s Instagram post “These doors are closing soon but we’re not leaving!” and the team hinted at other ongoing projects. On May 30, the team launched home meal delivery through Cook Unity for some of their favorite dishes, like chicken karaage.

Bushwick: Cafe Sofreh, an offshoot of popular Persian restaurant Prospect Heights, has closed less than a year after opening on rue Varet. Owner Ali Saboor confirmed the news to Eater via text message, adding that although the cafe as it was known no longer exists, the space is being converted into a private dining room for his nearby restaurant Eyval. , which opened in March. According to Sabor, some of the café’s popular rose-scented pastries will be living in Eyval during brunch.

East Village: VE Grieve spotted workers cleaning up Desert Rose Coffee earlier this month, spelling the end of the neighborhood espresso bar with pancakes and waffles. The storefront is listed as permanently closed on Google after it opened on East Ninth Street last July.

Tribeca: Short-lived neighborhood favorite Twig to take away is shutting down after just over a year, owners Mitchel London and Thomas Mikolasko announced in a sign posted on the restaurant’s front door. According to Tribeca Citizen, the landlords first signed a lease in 2019 but were delayed by fire, flooding and the ongoing pandemic. Twiggy To Go finally opened in March 2021 as part of larger plans to transform the space into a full-service restaurant.

Crown heights: After eight years of activity, underground cheese cellar Crown Finishing Caves called it quitting at the end of last month. Over the years, the underground cheese aging facility has supplied cheese to some of the city’s top restaurants and cheese shops. An announcement signaling the cave’s closure did not state the reason for the closure.

East Village: Raclette, named after the grated, melting cheese dish popular in Switzerland and other Alpine countries, closed this week after seven years of operation. Raclette owner Edgar Villongco confirmed the closure to Eater via text message, but declined to provide a reason for the closure.

Perspective heights: KIT, a pop-up incubator that supported gay-owned businesses, closed last month after a year of operation. KIT – an acronym for Keep In Touch – was run by Libby Willis, who was co-owner of the space’s former establishment, the beloved MeMe’s Diner. Earlier in June, Willis told Eater that the reason she closed the space was both personal and financial: “I really wanted to try something new and different with KIT. I wanted to try to find a way to make a living in the food industry and under capitalism. But, with a very small team and even fewer resources, it was really difficult.

West-Village: One of New York’s best burger smash spots, Best burger, is no more, co-owner Billy Barlow tells Eater. According to a company Instagram post in March, it appears the Little West 12th Street spot has turned into a comfort food joint with frozen drinks called BB’s; however, Barlow tells Eater that the Best Burger team is not involved in the new venture.