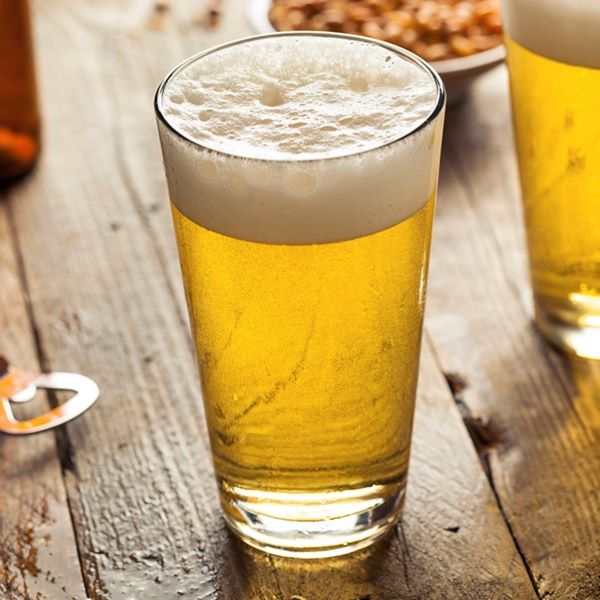 
August 05, 2022 — In light of International Beer Day, FoodIngredientsFirst examines the latest trends in beer innovation and category diversification. Notably, the COVID-19 pandemic has changed the way consumers think about drinking alcohol at home, and as the health of the planet shapes more food and drink choices, companies are considering the prospect of become carbon neutral.

Meanwhile, the expansion of fruit-flavored beers and non-alcoholic concepts are also dominating the scene.

Naoto Kobuna, head of corporate communications at Kirin Holdings, says consumer trends in Asia have seen an increase in demand for at-home beverages due to the pandemic, and the ratio of purchases from supermarkets and retail electronics increased.

He explains that “sugar-free beer and low-carb beer products such as Kirin Ichiban Zero Sugar are seeing strong sales due to growing health awareness and concerns about sugar consumption.”

There is also a growing need for ready-to-drink (RTD) and craft beers, indicating a diversification of categories customers can choose from, adds Kobuna.

Alcohol-free innovation pipeline
Avoiding alcohol is becoming the norm for a growing minority of global consumers. The trend is reflected in the business activities of international beer brewers, including Kirin, which expects to reach 209.5 International Beer Day takes place every year on the first Friday of August and is now celebrated in more than 200 cities around the world.million cases of soft drinks sold in 2022, an increase of 2% compared to last year.

While this trend is evident across all age groups, it is most apparent among Gen Z consumers. According to a recent report by Innova Market Insights, up to one-third of consumers between the ages of 18 and 25 years say they never drink alcohol.

Vicky Berry, senior European business development manager at Synergy Flavors, believes that consumers are “less willing to compromise when it comes to flavor, and brands of all sizes – from start-ups to big industry players – seem take this into account and work hard to create non-alcoholic beers that meet these expectations.

“2022 has seen big launches in this space, such as Guinness 0:0 and Peroni Nastro Azzuro 0:0% – the non-alcoholic counterpart of Peroni Nastro Azzuro, in which the Asahi Group has reportedly invested 20 million euros (20 .4 million US dollars). ) in development,” she notes.

As Millennials and Gen Z consumers dominate the market, she anticipates “an even greater demand for flavor variety in traditional beers, which could in turn lead to a push toward bolder flavors.” .

“Soft drink flavor concepts that might therefore appeal to beer consumers may include lavender or lemongrass, and spices such as cinnamon or ginger,” Berry adds.

As part of the company’s progress on labeling and as part of its “Zero Harmful Drinking” initiative, Kirin Brewery Company will begin labeling the net amount of alcohol contained in its major alcoholic products sold in Japan. Avoiding alcohol is quickly becoming the norm for a growing minority of global consumers.

Labeling changes began in May, with the brewery aiming to complete labeling of all liquor products by the end of 2023.

Renewable energy in beer
Additionally, Lion Australia, a Kirin Group company, is a Climate Active Certified Carbon Neutral Brewer, making it the first large-scale brewer in Australia to achieve this.

“We have implemented a ‘whole brewery’ approach to reducing carbon emissions including energy efficiency, use of biogas, rooftop solar and renewable power purchase agreements by supplying cereals from brewery to farmers to reduce livestock emissions,” he explains.

Brewing new flavors
Another key trend is the rise of fruit flavored beers. According to Synergy, flavored beer is appearing more frequently on European shelves.

“Lemon remains a top flavor profile for this category, with a popular example being Radlers – however, we are seeing increasing innovation in other fruit flavors, such as Lychee Mango IPA ‘Silk’. Road” from BrewDog,” says Berry.

“The beer category also attracts flavors from the broader beverage industry, so flavor inspiration falls into this category from other beverage types,” she notes.

Nostalgia shapes NPD?
According to Berry, nostalgia is all the rage in drinks, especially cocktails, with ingredients like cotton candy or popping candies often making a special appearance.

According to Synergy Flavors, flavored beer is appearing more frequently on European shelves (Credit: Synergy).“This trend for nostalgic sweet flavors could make its way into the beer space, which we are already seeing with some recent launches. For example, Northern Monk collaborated with Aunt Bessie to create a 4.5% alcohol by volume (ABV) roly poly pale ale, and BrewDog’s recent collaboration with confectionery brand Candy Kittens led to the launch of the Candy Kitten IPA.

Berry thinks millennial consumers are “particularly drawn to nostalgic influences” and expect to see these flavors become more prevalent in beer applications “as this generation seeks products that give them a taste of the past years”.

The continued expansion of the low and non-alcoholic market also plays a role, as this sector is expected to grow by 67% over the period 2021-2026 and reach sales of £286 million (US$347 million), comments- she. “With this growth of the market linked to nostalgia, we also anticipate the return of the shandy,” she reveals.

Beer flavors are bubbling on the culinary scene
Foods such as beer-battered fish appear frequently on restaurant menus, suggesting that adding beer to the batter mix enhances the taste and texture of fish batter, and beer-canned chicken is a popular barbecue centerpiece, especially in US territories.

With beer already a popular ingredient in the kitchen, Synergy expects this trend to grow as consumers experiment with different recipes using a readily available beverage – perhaps even more so as more variety becomes available. of beer flavors enters the market.

“Manufacturers could also take inspiration from beer flavor varieties,” Berry notes. “For example, Hoegaarden is a Belgian white beer that has enjoyed success for centuries thanks to its innovative blend of orange peel and coriander, a combination of which has been imitated by other brands in recent years.”

“This popular flavor pairing of fruits and herbs has also been observed in our recent research on Michelin star menus, where combinations such as rhubarb and basil are emerging as popular combinations in desserts.”

“Despite the primary application of beer flavors related to the beverage category, we see that beer is definitely making progress in food applications,” she concludes.