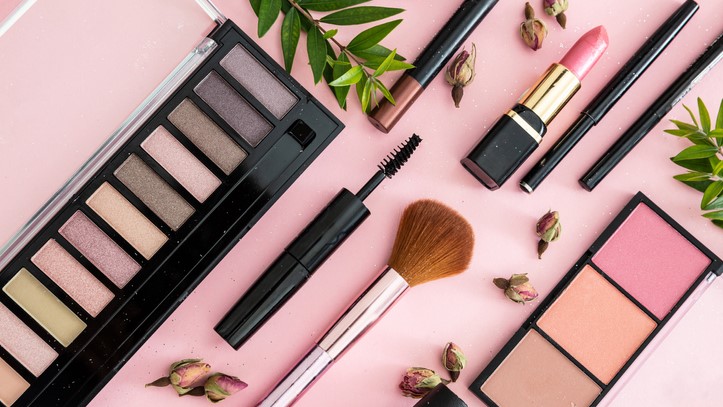 Since priority measures such as preventing the spread were lifted nationwide on March 21, 2022, revenge consumption has been seen in the cosmetics industry as well as the travel and food industries. and drinks.

At the end of May, he conducted a consumer survey which reported that 70% of respondents said they would increase their spending on cosmetics. It was higher (80%) among young consumers in their twenties.

Compared to previous years, brow product sales at @cosme Tokyo increased by 209%. This is the largest increase ahead of eye shadow (173%) and lip products (167%).

The trend report indicates that interest in eyebrow products will continue in an upward trend. In the future, he predicted that the focus would be on colored eyebrows

“So far when it comes to eyebrow color, the traditional color selection is hair color like black, brown, and gray, but there’s a move to incorporate colors like pink and purple.​

“From powder to eyebrow mascara, various eyebrow tinting items are on sale from brands. Even in word-of-mouth communication, the appearance rate of words such as ‘coloured eyebrows’ and ‘pink eyebrows’ is skyrocketing.”​

@cosme observed the growing influence of Korean beauty products, especially among the younger generation of consumers.

Its data revealed that Japanese beauty consumers have started using more commonly used terms in the Korean beauty market, such as toner instead of lotion and ampoule instead of essence.

More than 30% of young consumers in their teens and twenties said they wanted to incorporate more K-beauty products into their routines.

In light of this, @cosme predicted that the demand for skincare sticks would accelerate. According to the survey, 30% of respondents declared an interest in cosmetics in more portable formats, including sticks and sprays.

This was cross-checked with data from GLOWPICK, its sister site which analyzes trends in South Korea.

According to data from GLOWPICK, ampoules and balm sticks have tripled over the past year, prompting the platform to establish a special category for it on the site.

Popular K-beauty brands including Nature Republic and Holika Holika launched ampoule sticks and three of them reached the top 10 of the GLOWPICK chart for the first half of the year.

Discussions about sustainability have accelerated over the past couple of years and it looks like it will continue to be a hot topic.

According to data from the @cosme platform, the keyword “SDGs” has increased by 1,076% over the past year, indicating that consumer awareness of the SDGs has improved significantly.

About 35% of survey respondents said they felt “Guilty of throwing away cosmetics I can’t use.” This drives consumers to look for products with mini travel sizes and refill options.

With a greater emphasis on inclusiveness, consumers are encouraged to “enjoy beauty in your own way”. The rate of asexual terms has increased by 109% over the past year.

According to the survey, 20% of respondents believe that cosmetics can be used by anyone, “regardless of sex, age or skin type”.​

More and more beauty brands are following this credo, with J-beauty brand Fujiko launching the All Humanity lipstick, while more established brands like Sisley have emphasized the universality of its products in its descriptions.

Additionally, men have been used as models in advertising and we can expect a future where advertising visuals with models of varying ages and genders will become commonplace.

Rotorua: the North Island hotspot that comes alive in winter