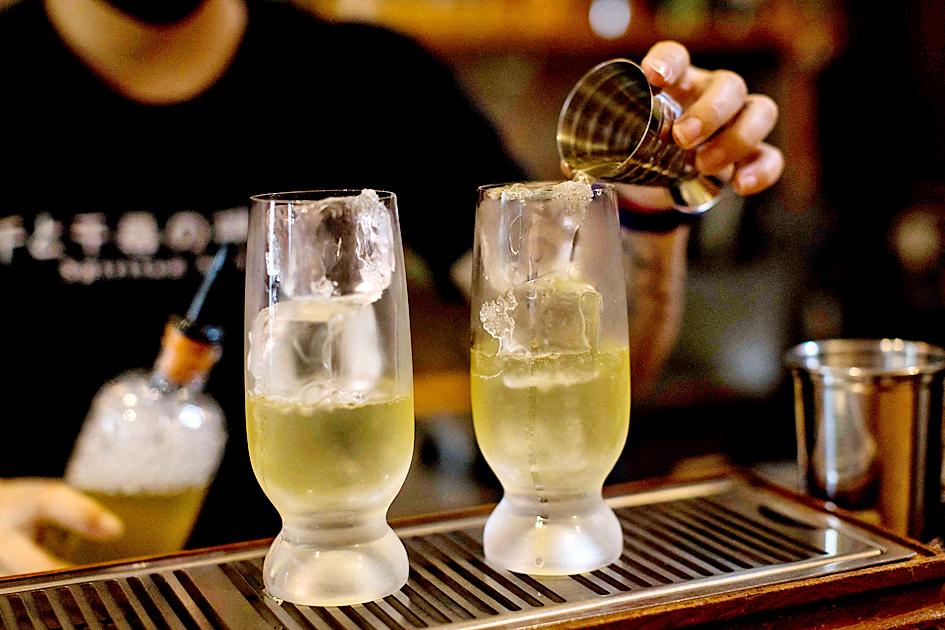 As the Omicron variant of SARS-CoV-2 stokes pandemic deja vu in the United States with overwhelmed hospitals, canceled flights and millions quarantined – a trend that has dominated previous waves of COVID-19 is declining: excessive alcohol consumption.

It has been widely documented that alcohol consumption increased in the United States in 2020 and began to decline last year. This year has started with an overwhelming turnout for Dry January – 19% of American adults are abstaining from alcohol (or trying to) this month, according to a survey. What is booming now is the non-alcoholic liquor business.

Yes, mocktails have their moment. While it’s hard to take anything fake seriously, this latest trend isn’t as trivial as it might seem. Sales of soft drinks soared 33% to $331 million last year, NielsenIQ reported last fall.

Going forward, the growing popularity of quasi-beers, “clean” wines, and zero-proof spirits could follow a similar trajectory to the remarkable boom in fake meats.

Both trends are led by health-conscious millennials. Both also have important ethical and environmental implications. Just as the fake meat market was built by brand new start-ups and former industry giants – from Impossible Foods and Beyond Meat to Tyson Inc and Cargill Inc – fake liquors are peddled by young people scrappy beverage companies and legacy liquor brands. .

You may already recognize new brands like Curious Elixirs, Kin Euphorics and Seedlip – the latter having been bought by Diageo PLC, parent company of Smirnoff, Johnnie Walker and Guinness.

These zero-proof liquors and mixers are marketed as an extension of the craft candlelight cocktail movement — and priced accordingly, with expensive additives like “adaptogens” that purportedly deliver a hangover-free holistic effect. .

Major winemakers, including Kendall-Jackson, Johannes Leitz and Brancott Estates, have launched alcohol-free or low-alcohol wines ranging from earthy Pinot Noirs to crisp Rieslings. They’re not cheap — some sell for over US$20 a bottle — but they don’t taste like the juicy grape counterfeits of yesteryear either. Some have even been well-reviewed by wine snobs.

As for options close to beer, well, these aren’t your grandfather’s O’Douls. Heineken launched their “OO” product, which Food & Wine magazine says “definitely isn’t bad,” and to my unsuspecting palate it’s hard to tell apart from a traditional lager.

Other brewers add something extra: Brooklyn Brewery uses a new brewing method for its non-alcoholic beer, dubbed “Special Effects”, which retains the malty flavor while reducing the alcohol. For those who would like to change their drug-induced buzz, Two Roots Brewery has introduced a drink infused with tetrahydrocannabinol which they call “cannabiers”.

For now, non-alcoholic beers make up a tiny slice of the industry in the U.S., but some brewers expect double-digit growth in the next few years alongside other health trends. and well-being.

Industry-wide growth projections tend to lump the emerging soft drinks market together with soft drinks and bottled teas and coffees, all of which could reach US$1.6 trillion in global sales. by 2025.

Much of the boom has happened online, with a 315% increase in sales of non-alcoholic and low-alcohol beverages over the past year, compared to a 26% increase in online sales of alcoholic options during this period, Nielsen said.

However, there is now a curious parallel phenomenon of shops known as “dry shops” popping up in major cities and selling only high-end soft drinks.

Neither the stores nor the products necessarily cater to people struggling with alcoholism. The taste and ceremony of mocktails could act as a trigger for some in recovery, increasing their risk of relapse.

However, for many who can afford these products, the potential benefits of having healthy, tasty, and socially acceptable alternatives in an alcohol-saturated society can be a good thing. This can help create space for growing blogging-driven populations like tired of thinking about drinking.

Famous spokespersons have emerged, including Elton John and Chrissy Teigen, and some have launched their own lines of mocktails, including Katy Perry’s De Soi and Blake Lively’s Betty Buzz.

There are also environmental benefits to consider at a time when climate pressures are increasingly weighing on wine and beer producers. Drought, heat and wildfires scorched the US Pacific Northwest last year, causing costly damage to vineyards, devastating yields and driving up wine prices.

Barley crops have also been hit hard – falling 38% in Canada last year and 33% in the United States due to hotter and drier growing conditions. Hops are also becoming increasingly difficult to grow.

Brewing beer is a process that consumes 7 gallons (26.5 liters) of water for every gallon of beverage produced, making it more difficult to run profitable breweries in water-scarce regions.

The upshot is this: alcohol producers would have to develop new growing methods to adapt to the climate, and consumers would need an increasing range of options – including, perhaps, alternatives to wine and to beer that do not require grapes, hops and barley at all. As Millennials and Gen Zers age, and prices continue to rise for traditional beers and wines, non-alcoholic concoctions deserve to become more popular.

Amanda Little is a Bloomberg Opinion columnist. She is a professor of journalism and science writing at Vanderbilt University and author of The Fate of Food: What We’ll Eat in a Bigger, Hotter, Smarter World.

This column does not necessarily reflect the opinion of the Editorial Board or of Bloomberg LP and its owners.

Comments will be moderated. Keep comments relevant to the article. Remarks containing abusive and obscene language, personal attacks of any kind or promotion will be removed and the user banned. The final decision will be at the discretion of the Taipei Times.