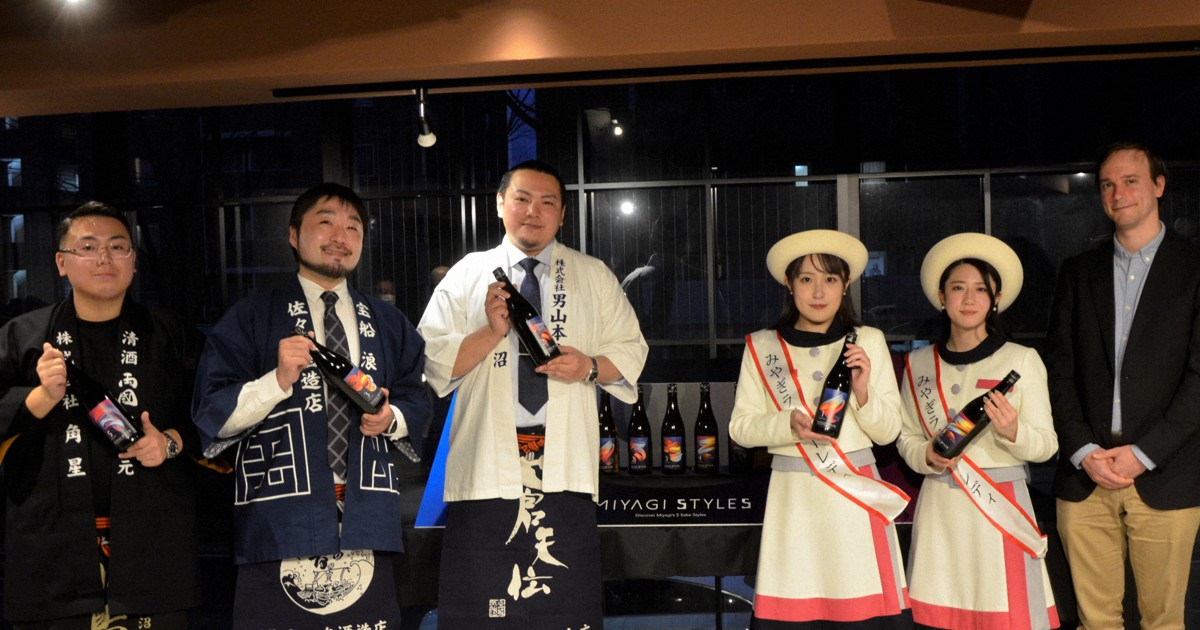 SENDAI – The government of Miyagi Prefecture has unveiled a plan to boost exports of locally produced sake to Europe through collaboration with eight breweries.

The sake breweries in Miyagi Prefecture in northeastern Japan that export their products are small and the number of batches they can get is limited. The prefectural government aims to increase the volume of shipments and promote the sake produced in the prefecture by working with breweries and a logistics company.

In the project unveiled on December 17, dubbed “Miyagi Styles”, each brewery will voluntarily keep its brand name a secret, and brewers will prepare five types of sake based on taste and aroma with an original unified label. They will also present food and wine pairings that go well with each type of sake.

In January 2022, they plan to export around 380 bottles to Germany. In cooperation with a local online retailer, they are also planning an online promotion as well as tastings for buyers.

Besides representatives from sake breweries, the project launch event brought together members of “Miyagi Ricey Lady”, who promote rice produced in the prefecture, and Roth Antoine, 34, assistant professor at the University. of Tohoku, who tasted dishes accompanied by sake. .

Antoine, who is from Switzerland, commented: â€œSake goes well with traditional European cuisine. The image of Japan is good (in Europe), so I think people will drink it without hesitation.

Hiroki Sugawara, 30, general manager of Otokoyama Honten Brewery in Kesennuma Town, Miyagi Prefecture, said, â€œWe will offer the iconic products from every sake brewery. We want to use this as a starting point to promote Miyagi’s fine sake abroad, where famous sake brands such as ‘Dassai’ and ‘Juyondai’ are well known. ”

Kazuyuki Hoshi, director of the prefecture’s international trade promotion office, said the coronavirus pandemic “has stopped the flow of people to and from abroad, but logistics activities are accelerating. We would like to link this to the development of sales channels “.

Photos of what Christmas looks like around the world