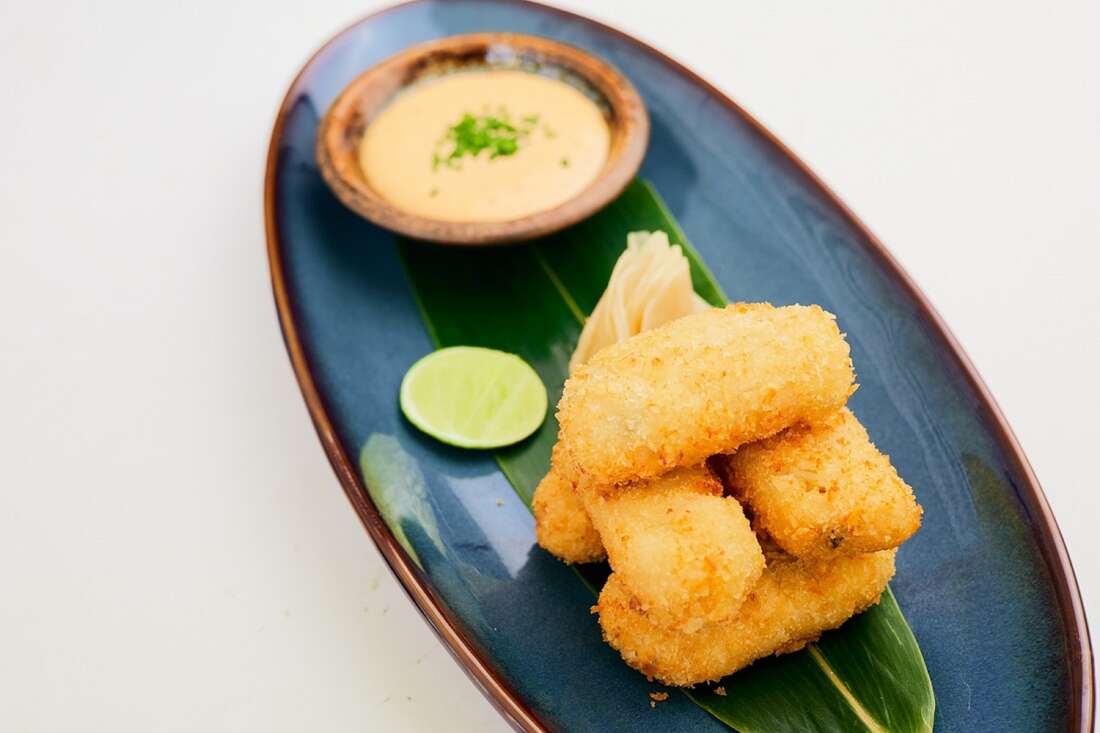 MeSo’s Japanese cuisine lives up to its bill

If ever there was one restaurant I would return to dine at, at least for its innovative dining experience, it would be MeSo, located on the second floor of Nairobi’s Westgate Mall.

The last time I dined in this shopping district was before a gray cloud tried to block its glow. Glad to report that Westgate remains one of the trendiest malls.

I also admit that I feel overwhelmed with the number of servers relative to the space that I encountered when I arrived for my reservation of a few minutes at 5pm for what would be dinner.

Alexander, the server assigned to my table, however, quickly ushered me into the space with his attention as I ordered a ‘Hakutsuru’ branded sake.

For those unfamiliar with Japan’s national drink, sake is an alcoholic creation made from fermented rice that has been polished to remove the bran. Light in color, sake is non-carbonated, has a sweet flavor and contains approximately 14-16% alcohol.

Its heart of rice also earned it the common reference of Japanese “rice wine”. Although it is rice-based, its taste immediately reminded me of another first, my first drink to be precise, “Mbangara”, which is a corn-based infusion from the Taita community where I grew up.

Old age relegated me to hot drinks and sake served hot in an “ochoko” (a small cylindrical porcelain cup) and poured into ceramic flasks called “tokkuri” was a pick-me-up. The flask is heated in hot water and the small cups ensure that the sake does not get cold.

It is secondary; however, the main reason traditional sake cups are so small is to allow continuous ritual pouring of the oft-shared drink. It is assumed that the more a guest empties his portion, the more a host has the privilege of showing honor and reverence by filling the “ochoko”.

As I whetted my appetite, my attention shifted to the wide-open space with an open kitchen as the centerpiece. Apart from the kitchen with dark tiled walls, the rest of the space with white walls and minimalist decor turned out so well, especially the olive green brasserie-style seating.

MeSo Restaurant is a modern Asian Izakaya, one of Japan’s quintessential experiences inspired by the journey of a hungry mind in a contemporary and luxurious dining setting.

The Japanese word Izakaya (i-zaka-ya) is made up of three kanji meaning, in order, “stay-drink-place”.

An Izakaya is therefore a relaxed place to drink after work, similar to a British or Irish pub, a Spanish tapas bar or an American saloon or tavern. But that’s the one-dimensional description.

According to Tokyo Cheapo, a popular guide to Japanese culture, Izakayas are different from bars in that diners are always seated (usually at a table or on tatami) and there are fewer opportunities to interact with other customers.

Although drinking is a big part of it, there is also a constant flow of (shared) dishes. At Izakaya, foodies are often challenged to try something they’ve never tasted before. The menu can be so varied that it can be an opportunity to try dishes that you have never tried before.

The MeSo in Nairobi, part of the Food Library chain of restaurants which includes Bambino and Inti, promised an elevated Izakaya experience as a little bird had mentioned to me that it is modeled after Nobu, which is probably the Izakaya the most famous in the world.

Named after its founder, chef Nobu Matsuhisa, a master of fusion cuisine mixing traditional Japanese dishes with Peruvian ingredients, Nobu is popular among celebrities for its high standards.

To start, there was the shared tuna/salmon sashimi for the lady and a cheese ‘kimchi’ and ‘korokke’ for me. This course, we agreed, was utterly sumptuous, giving credence to the idea that some of the best dishes are the simplest – pristine chunks of fish dressed in bright citrus juices, seasoned with a concentration of dehydrated miso or a tiny dab of chilli paste or a single, tender coriander leaf.

For the main course, we were less adventurous by accidentally ordering from the Robata grill. I opted for the tea-smoked BBQ lamb chops with spicy Korean miso. This was nicely complemented by a 12 year old ‘Yamazaki’ single malt. My sober date warmed up with the wood-fired pork spare ribs dripping with honey-soy-ginger sauce washed down with a blueberry-lime mocktail.

Although the drinks were a hit, the overall verdict was fair and we felt the starters set too high a standard. Well, that seemed true until we came across the hot chocolate fudge dessert with a matcha ice cream parfait paired with a Moscato that was divine to a fault.

By then we had moved seating to the bar section with a swallow light fixture hanging from the ceiling tucked into a corner next to the outdoor patio as if to keep the family space.

Waiters who seemed a bit earlier had thawed out in space as more and more diners poured in. Alexander’s service remained top notch with great recommendations and follow up compliments.

As my date squirmed at the fancy toothpick holders and I chose the black and pink baby seats almost as big as my stool, bartender Jackson Kimani introduced me to his selection of imported Japanese liquor, including three single malts and five blended. whiskies.

With the white light bouncing off the walls, I imagined holding an entire day of meetings here. MeSo promised a rich sensory indulgence of home-grown fresh premium ingredient dishes served to soundtracks capturing the energy of Ginza (Tokyo city’s most glamorous shopping district) in a gourmet setting and it held his promises.

The only downside is that customers have to share restrooms in the mall, which took a few points off the experience.

Fight your fears; Overcome phobias for the sake of your mental health

10 excellent restaurants in Toronto with rooftop terraces and breathtaking views