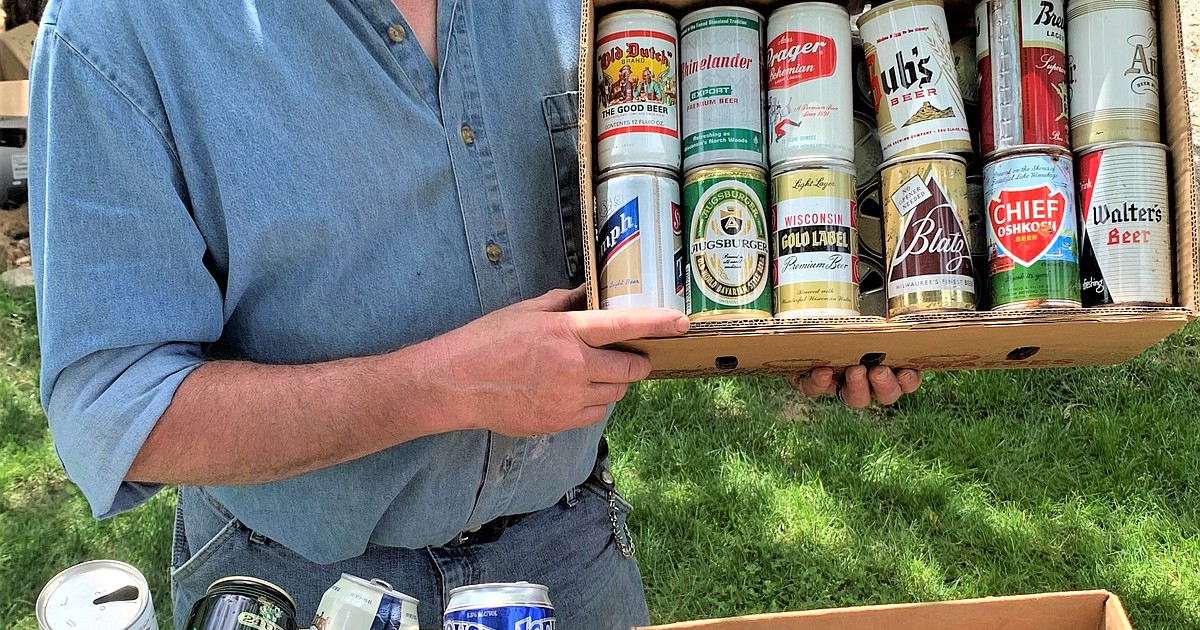 That’s why the man who recently moved to Dalton Gardens is ditching his collection of cans that dates back to his childhood.

No, he wasn’t drinking then. He just found them.

But getting married is a good time to give them up.

“Things are going pretty well,” he said as he stood by a table full of colorful cans of cans at a yard sale in Dalton Gardens. “I sold about a box.”

A woman was sifting through the cans, reading the labels.

Beer labels are as colorful as their owner.

“The beer that is beer.”

One of the first beer cans Lambert saved he found in a garage at the back of a machine shop in Kankakee, Illinois, where he grew up. It was a steel can of Budweiser black malt liquor.

“It was probably 40 or 50 years ago,” he said. “I found a good chunk of those hanging around. We called it trash picking when we were kids. It was cool being younger and having real cans of beer makes us feel older and cooler.

As his friends moved on to other socially accepted pastimes like baseball cards, Lambert continued to collect beer cans.

He dug around dumps and landfills. He checked the outside bars. His father got into it.

“When I was little he would drink it for me and say I could have the can,” Lambert said with a smile.

Most were too dented or crushed, but those that were still in their original shape he neatly put away.

At one point, he hoarded about 1,000 cans of beer. They came from different parts of America and different countries. He has some from Ireland, Germany, Japan, Argentina and Puerto Rico.

He is holding a can of Australian Big Barrel beer.

“They like to drink beer there, so most of their cans are the bigger ones,” Lambert said.

Some he drank. Some he found. Others were donated by friends and family members who supported his habit.

There are cans that once held light beer. Premium beer. Bicentenary beer. A can of Rhinelander says it’s “refreshing like Wisconsin’s North Woods.”

There are English ales and Scottish lagers.

Schmidt was “The brew that grew with the Great Northwest.”

There is a can of Simba beer that was part of an animal series.

“It wasn’t that good,” he said with a laugh. “I drank a few, and they were pretty cans but they didn’t taste so good.”

Many are the old zippers. Some were sealed and required an opener.

For the most part, cans were stored in boxes. But there’s little room in their new home, so they had to go, some of that give and take that comes with marital bliss.

Still, Lambert keeps a few. These are in a room upstairs, in a display case.

They are the ones who have good memories.

“Lots of stories behind them. I have a more emotional attachment to them,” he said. “There are a few like that, but not too many.”

Lambert said the hobby of collecting beer cans was all but over and there were few left to do so.

There’s not a lot of money in it. But old beer cans, even empty ones, are worth something. They can range from $10 to $20 each or more. Seven from Ireland, England and Scotland, it sold for $10 on Saturday.

“Older ones, obviously, if they’re in better shape, they’re worth even more,” he said.

But a good marriage?

It’s better than any beer.

Well, any can of beer. 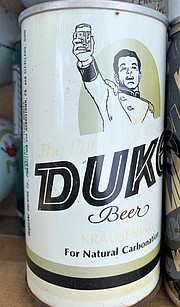 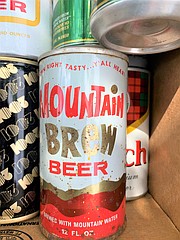 The IWSC announces the results of its 2022 Mixer Awards