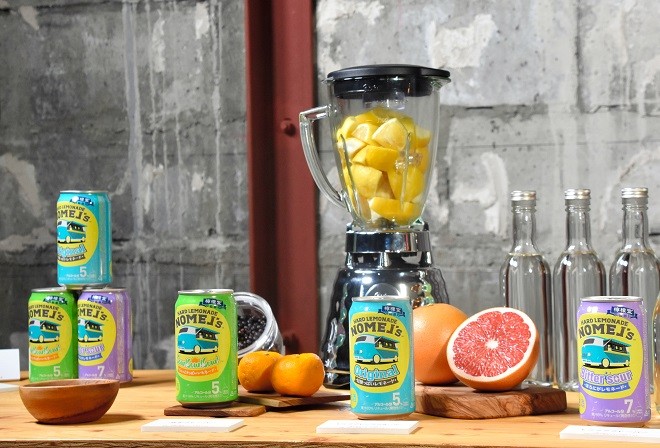 Lemon drinks take a bigger share of the alcohol market

Lemon-flavored alcoholic beverages quickly filled the void in the Japanese market created by the decrease in thirst for beer among young consumers.

Beverage makers are rushing to launch ready-to-drink lemon products, such as shochu mixed with canned “chuhai” soda, which can be consumed without being diluted with soda water or other liquids. .

Sustained sales of past beverages have resulted in higher market prices for newer drinkable beverages.

The company first entered the Japanese alcohol market in 2019 with its tangy lemon Lemon-Dou.

Its second drink product in Japan is also a ready-to-drink lemon product.

Last spring, Sapporo Breweries Ltd. and Kirin Brewery Co. released Koime No Lemon Sour and Hakko Lemon Sour, respectively. All of these items have proven to be highly sought after.

Data from research firm Intage Inc. shows that sales of ready-to-drink products increased 10 percent in 2020 from the previous year to 419.1 billion yen ($ 3.82 billion) , those using lemon accounting for 171.2 billion yen, or 40 percent, of the total.

The year-over-year growth rate of 35% for lemon products was higher than that of the overall ready-to-drink market.

The refreshing aroma of the fruit is said to pair well with various types of food, and some brands offer different alcoholic strengths and flavors to meet a wide range of consumer preferences.

The popularity of lemon-based drinks has caught the attention of beer makers, whose sales have declined for 16 consecutive years.

“We need to make the maximum effort possible in the (lemon products) category now, in order to nurture strong brands,” said a PR representative for a major beer brewer.

The boom in lemon drinks has generated an unexpected effect.

Conventional ready-to-drink products carry cheaper price tags to promote sales, like a 350 milliliter can for 110 yen after tax.

But Lemon-Dou from Coca-Cola (Japan) sold well despite its higher price of around 165 yen. The price of Hakko Lemon Sour, which Kirin Brewery sells in the spring, is 170 yen.

â€œA new market has been created for expensive RTD products in part because of the drinks marketed earlier,â€ said an advertising manager at Kirin Brewery. â€œIt made us realize that (expensive) RTD products can be accepted if they offer higher value. “