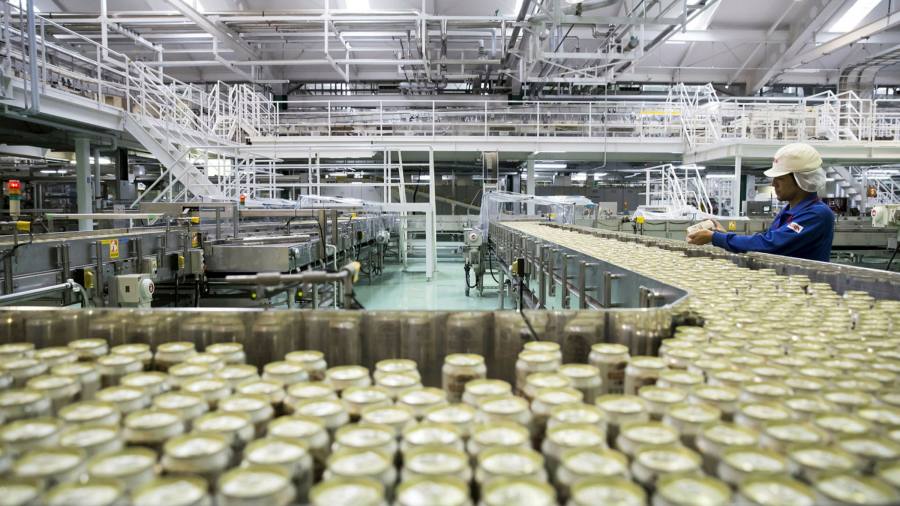 Kirin will invest around 100 billion yen ($870 million) in its healthcare and pharmaceutical businesses over the next three years as the Japanese brewer moves beyond the declining domestic beer market and retreats into its core business in Asia.

Chief executive Yoshinori Isozaki told the Financial Times in an interview that the pivot was Kirin’s “second revolution” after it diversified into pharmaceuticals in the 1980s.

“If the beer segment was going to grow forever, it would have been better if we focused on it, because it’s very difficult to take on a challenge in a new business,” he said.

Kirin’s bid to reinvent itself mirrors a broader trend among companies facing a rapidly aging population in Japan, where the beer market has shrunk by a third from its peak in 1994. The Covid-19 pandemic 19 has also accelerated change as people drink less alcohol, experts have said.

Isozaki added that the growing investor focus on environmental, social and governance criteria has increased pressure on the industry due to the social impact of alcohol consumption.

“We want to turn Kirin into a fermentation biotechnology company. We need to develop a new business while the beer segment is still healthy,” he added.

Isozaki said he wanted to avoid the fate of Eastman Kodak, the American photography pioneer who filed for bankruptcy in 2012 after focusing on his lucrative analog film and missing out on the digital revolution.

Kirin wants to use technology from the beer-making process, in which sugars are converted by yeast into alcohol, in its biotech ventures.

Under a three-year business plan unveiled last month, the company will invest 100 billion yen in research and development or to expand factories in the health science and pharmaceutical sectors, and 80 billion of yen in its beer and beverage business. Mergers and acquisitions could be added to that amount, Isozaki said.

Isozaki said he expects health sciences to generate revenue of 200 billion yen by 2027 with an operating margin of 15%. That compares to 98 billion yen in revenue and less than 500 million yen in operating profit posted for Health Sciences in 2021.

The company also hopes to expand sales of LC-Plasma, a proprietary ingredient found in the company’s health drinks, to beverages and foods produced by other companies. The American distribution group Walmart is about to start selling supplements containing this ingredient.

And Kirin will expand production of Citicoline, a memory-enhancing supplement sold overseas, by building a new production plant to be operational by 2023.

But activist shareholders have previously expressed skepticism about Kirin’s ability to replicate the profits generated by its core business.

Nomura Securities analyst Satoshi Fujiwara said Kirin was capable of moving into health sciences. “However, right now, the profit contribution from the health science portion is very low,” he said. “So, does everyone currently believe in the future potential of this company? I think the reality is that’s not quite the case.

Kirin also announced he would withdraw from Myanmar, ending his joint venture with the military-controlled Myanmar Economic Holdings Public Company, following a coup last year. Isozaki said Kirin will sell all of his shares in the company by the end of June and the company is confident of finding a buyer for his stake.