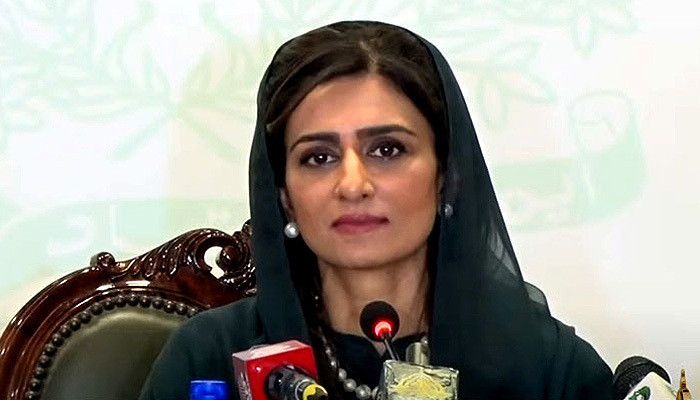 ISLAMABAD: Following last night’s announcement by the Financial Action Task Force (FATF) that Pakistan has “substantially completed its two action plans” and will be removed from the gray list after passing the on-site visit for assess the implementation of Anti-Money Laundering/Counter Terrorism Financing, Minister of State for Foreign Affairs Hina Rabbani Khar spoke at a press conference on Saturday.

Responding to a question from a reporter on whether a “blind eye” would be cast on certain religious groups operating freely in the country and promoting “incitement to hatred” and whether this is considered a internal problem, Khar said, “Nothing remains an internal problem when it has problematic repercussions.”

“The lesson learned is never again. Not for the sake of others, but for [our own sake].”

The Minister of State said the outcome was made possible by “the comprehensive reforms that have been carried out in Pakistan in the area of ​​Anti-Money Laundering and Countering the Financing of Terrorism (AML-CFT) and the momentum of our efforts and the results of those efforts.

“Because as you can see the first action plan took us a lot longer while this one was completed ahead of schedule and that’s something that has been very well recognized throughout. plenary by all members,” she said.

“Pakistan’s positive and rapid progress has been greatly appreciated and welcomed by FATF members,” the Minister of State for Foreign Affairs added.

Khar said the FATF recognized the completion of the two action plans, the progress made and recognized Pakistan’s commitment to improving its AML/CFT posture.

Sharing details of the discussions held during the plenary meeting, the minister said the watchdog had decided, “by consensus”, that Pakistan had met all the technical criteria and fulfilled all the requirements of the two plans. action – 2018 and 2021.

“Following this, which we consider nothing less than a Herculean feat and a remarkable achievement, the FATF has now authorized an on-site visit by its technical team to Pakistan to validate the process of implementing the reforms. “, she says.

Elaborating on the details of the whole procedure, the Minister of State pointed out that the on-site visit is “part of the procedure” for Pakistan’s removal from the gray list. “When you authorize the removal of a country from the gray list, the first step is to authorize an on-site technical assessment which was carried out during this plenary”, she underlined.

“The successful completion of the FATF Action Plan and its formal endorsement by the [watchdog] means Pakistan is one step away from being off the gray list, InshaAllah,” she added.

“This marks the beginning of the final process which will eventually lead to Pakistan being taken off the FATF gray list, InshaAllah and hopefully forever,” she said.

Regarding the dates of the on-site assessment, Khar said the relevant authorities were working closely with the FATF to organize the visit of their team on “mutually agreed dates” with a view to concluding the whole process before the plenary. of October.

“During our interactions on the sidelines of the FATF Plenary, we highlighted Pakistan’s high-level political commitment to strengthening our AML/CFT regime and bringing it up to global standards,” she said. said, adding that the Pakistani authorities stressed “full national consensus.

Seizing the opportunity, she stressed that Pakistan’s cooperation with the FATF and the international community is based on “our own strategic objective” of strengthening our economy and improving its integration into the international financial system.

“I am confident that with this good news from the FATF, it will restore confidence in our economy and give us a much needed boost, improve the investment climate and robust AML/CFT compliance systems,” he said. she said, pointing out the advantages of being off the gray list.