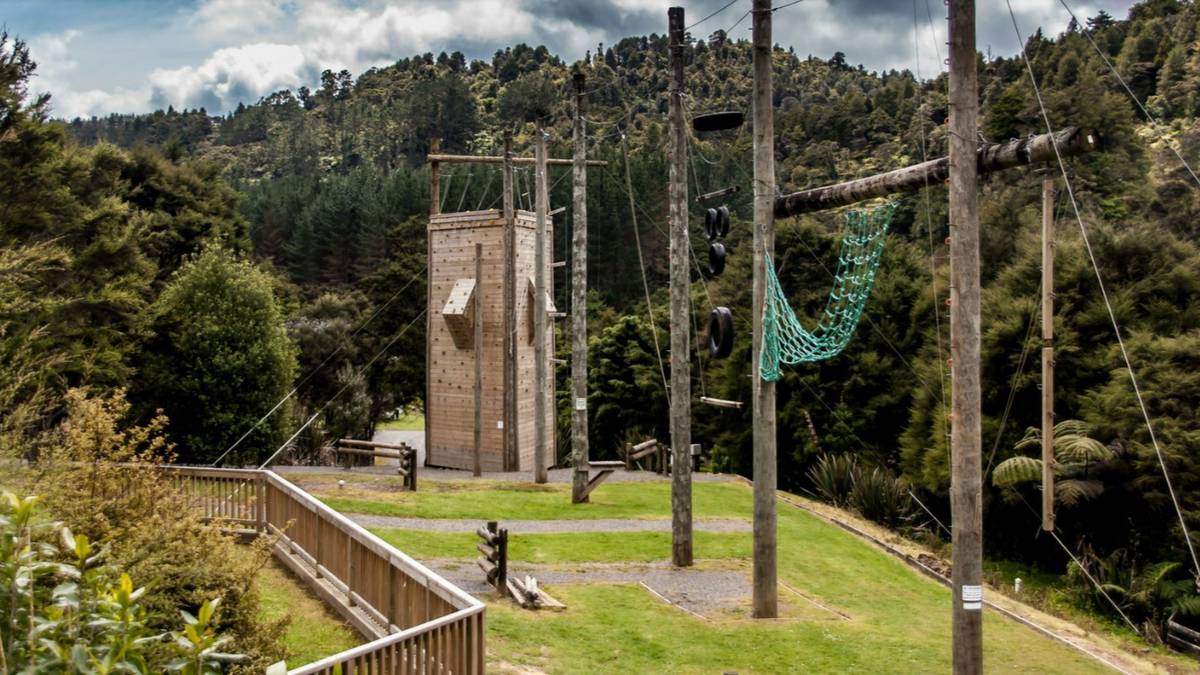 Kokako Lodge is an 82-bed educational camp located at the foot of Auckland’s largest park.

An Auckland lodge that describes itself as New Zealand’s ‘best outdoor education facility’ has lost a bid to keep youth activities going during an upcoming toxic bait drop.

The owners of Kokako Lodge took Auckland Council and the Auckland Regional Health Department to court today saying they want to keep running during an upcoming bait drop for the sake of mental health from rangatahi.

However, Judge Simon Moore tonight denied the lodge’s application for judicial review. His reasons for doing so will be released later in the week.

Late last month, Auckland Council ordered the closure of Kokako Lodge in the Hunua Ranges Regional Park for a planned pest control operation to rid the area of ​​rats and possums that threaten plants and animals native.

The operation would see Toxic Bait 1080, a biodegradable poison called sodium fluoroacetate, dropped by helicopter over the regional park where the 82-bed foothills education camp is located.

The Lodge today (Tuesday) applied to the High Court for an interim order to allow it to remain open throughout the pest control operation.

Attorney Ryan Marsich said the closure order was “unreasonable” given his proposed security plans aimed at minimizing the risk of lodge residents entering the drop zone.

Disadvantaged and vulnerable young people have been booked for activities during this time and closing the lodge would have significant impacts on their mental wellbeing, he said.

Many of them were part of a Ministry of Education program called Aim High, which focuses on schools in the first decile with low attendance.

“These students face significant challenges and have been particularly affected by the Covid-19 pandemic and its repercussions,” he said, adding that the cancellation of this long-running activity at the lodge would add to their anxiety. , their stress and tension.

The lodge had proposed a safety plan where activities during the fall would be contained and students would not cross the boundaries of the lodge or participate in water activities.

There would also be two adults — an instructor and a teacher — for every group of 10 students to ensure compliance, Marsich said.

In an earlier fall in 2015, the lodge was allowed to remain open on the condition that residents remain on the property, but the court heard students were later found wandering the fall area.

Chris Brown, the lawyer representing Auckland Regional Public Health Services, said the students were “everywhere, outside of the area where they were supposed to be”.

Auckland council lawyer Lizzy Wiessing said the lodge was occupying municipal land under a license – not a lease – with terms of use of the land.

Communications about the bait drop began late last year – around the time these bookings were taken – so the lodge should have expected to have to close by then, it said. she declared.

But the lodge argued the closure notice was only sent on August 24, which was “very late” and a complete surprise.

Marsich said the lodge is asking the court for an interim order allowing it to remain open as the 1080 drop continues with adjustments.

“It’s not an all-or-nothing operation,” he said. “The operational area of ​​the falls is about 20,000 hectares, the lodge is only a small part of it.”

He said two other camps in the area were not required to close even though one of them, the Hunua Falls camp, was about 300 meters from the drop zone, similar to Kokako.

Wiessing told Open Justice that was because the two properties were not in a park and therefore were not subject to conditions.

In court, she acknowledged the work of the lodge but argued that there was a public interest in the health of the park.

Forty percent of the cost of the operation had already been incurred; the bait had been purchased and could not be resold or easily disposed of.

Wiessing said the board had tried to address the lodge’s concerns and lengthy discussions had taken place, but they could not agree to all of the security plans.

Closure conditions this year were less onerous – five days and more – compared to the four weeks of a previous operation in 2018.

The decline – unless interrupted – is forecast for the next available weather window. “[Council is] watch the weather like a hawk,” Wiessing told the court.

Judge Simon Moore is expected to deliver his decision on Wednesday afternoon.