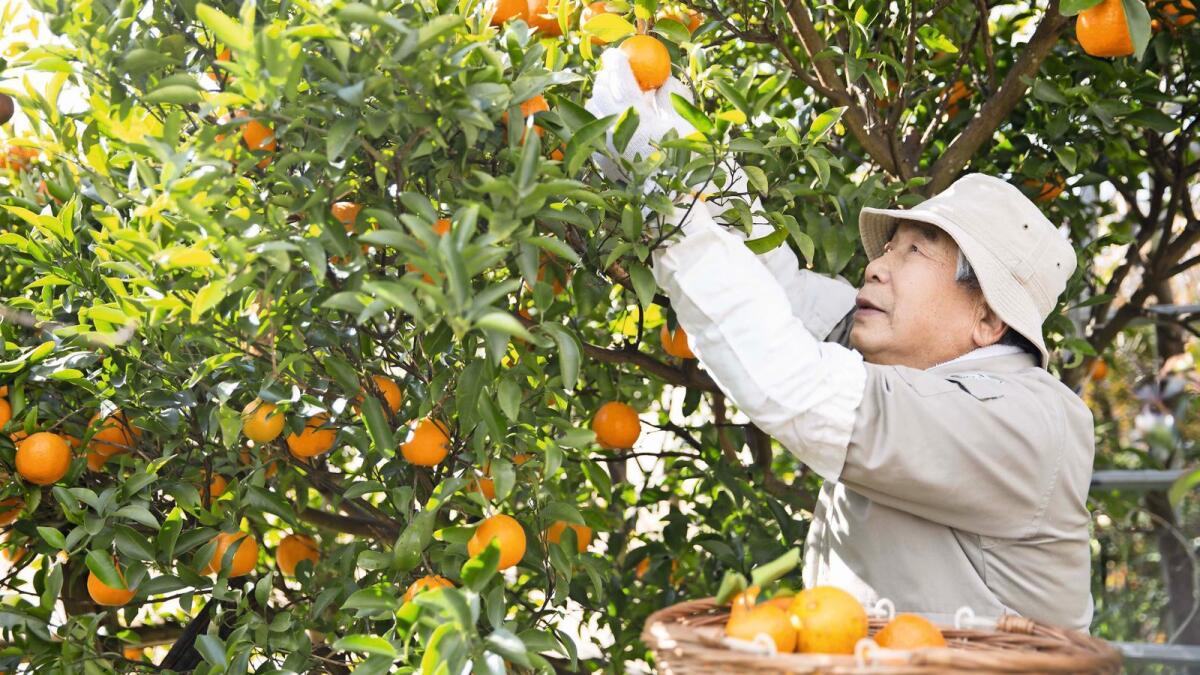 The island nation is world famous for its tasty and healthy food. Much of the produce is grown and sourced locally. Japanese cuisine is considered to be one of the healthiest and tastiest in the world. Not to mention, this is one of the main reasons why Japan receives so many tourists from all over the world.

This popularity is reflected in the 2013 UNESCO Representative List of the Intangible Cultural Heritage of Humanity, which highlights that interest in Washoku (Japanese food) is increasing both nationally and internationally. Washoku is a social practice based on a set of skills, knowledge, practices and traditions related to the production, processing, preparation and consumption of food. It is associated with an essential spirit of respect for nature closely linked to the sustainable use of natural resources.

However, the products will not be consumed as much in the future by the indigenous population, as their numbers are shrinking and are expected to decline by 20% by 2050. As the global food and drink market grows, to conversely, domestic consumption will decline. . With the decrease in the number of farmers and the increase in the volume of production, it is important to put in place a plan to increase the volume of exports in the coming years, as the world population is expected to increase by 30% over the course of the same period. In 2018, the Ministry of Agriculture, Forestry and Fisheries (MAFF) began to think about a framework for exporting products from Japan – its vision for the future.

Yurie Furuya, deputy director of the Export Policy Planning Division at MAFF, said the ministry is now focusing on how to effectively use products for consumption by exporting to global markets. Going into details, Furuya explained, “Even if domestic consumption will decline, the export market for fresh food, processed food and catering products will continue to increase in 34 major countries (the share of total GDP in the world was 81% when analyzed) by 2030 to 1,360 trillion yen due to a growing trend in the overseas market in Asia, America and Europe. “

According to a survey conducted by JETRO in 2014, tourists are eager to eat local cuisine, and Japanese cuisine is ranked first among their favorite world cuisines. It was proof, she said, that Japanese restaurants had seen an increase in the overseas market. According to a recent survey, since 2006 the number of Japanese restaurants from 24,000 in the world has grown to 156,000 in 2019 and according to the latest figures from 2021 the number is 159,000, with a total of 1,300 in the Middle Orient in 2021..

Discuss the export value of agricultural, forestry and fishery products and foods. Furuya revealed that in 2020, the value of the product reached an all-time high of JPY 9.86 billion. “The value of this year’s exports from January to August increased by 30.9% compared to the same period in 2020, which is considered to be the shift from restaurant meals to on-site meals affected by Covid-19. It is an example of the robustness and demand for Japanese products around the world. As the silver lining continues to shine for Japanese products overseas, she added, “We aim to increase the value of agricultural, forestry and fishery products and food exports to JPY2 trillion in the year. ‘by 2025 and to 5,000 billion JPY by 2030. “

MAFF has defined a clear strategy to achieve export expansion, which shows that in order to achieve the goals, it is necessary to establish a system that professionally and continuously produces and sells products with specifications (quantity, price, quality and standards) required in foreign markets (AKA market-in system).

Furuya points out that these items are unique “priority” in Japan with high export potential and that they were selected after careful consideration and much deliberation: Wagyu beef, eggs, dairy products, fruits which are also visually appealing, sweet potatoes, tea, fish such as yellowtail and sea bream, confectionery, sauces and drinks.

This program was designed to certify overseas restaurants and retailers that sell Japanese food and beverages as “Japanese Food Supporters” to further promote Japanese agricultural, forestry, fish and food products to the world. Since its creation in April 2016, 7,768 restaurants and stores in 67 countries have been certified (at the end of September 2021). Of these, 13 have been certified in the UAE and a total of 83 in the Middle East region to date. MAFF is also taking steps to share the country’s representative Japanese cuisine and culture abroad. The ministry seeks to help and promote the certification of overseas restaurants and retail stores that actively use Japanese ingredients, also known as “support stores”.

The UAE continues to source Japanese food products in response to growing domestic demand. With over JPY 3.6 billion of Japanese food products imported to the UAE in 2020, the country is one of the largest markets for Japanese agricultural products. The processed food category is the largest and valued at JPY 2.3 billion or 64.8% of total exports, followed by fisheries, grains and livestock products amounting to JPY 400 million, JPY 300 million and JPY 200 million, respectively.

Japanese beef is immensely popular and one of the UAE’s most renowned food products, the most popular being Wagyu. Premium beef is renowned for its fatty marbling and melt-in-the-mouth texture. The popularity of beef in UAE restaurants has been a catalyst for MAFF to increase halal meat for export. Kawakami said, “We are focusing on the potential of beef in the UAE market. As we continue to tap into the Arab market, Japan currently has five halal processing facilities in the country and we anticipate an increase due to increasing demand from overseas. “

He recently visited Expo 2020 Dubai and reiterated his belief on the high demand for Japanese food, saying, “At the Japan Pavilion, I witnessed a huge queue in front of the Sushiro restaurant. A country as diverse as the United Arab Emirates, the market is also ripe for non-halal foods. Considering all of these factors, I believe the Japanese food market will continue to thrive at all levels. “