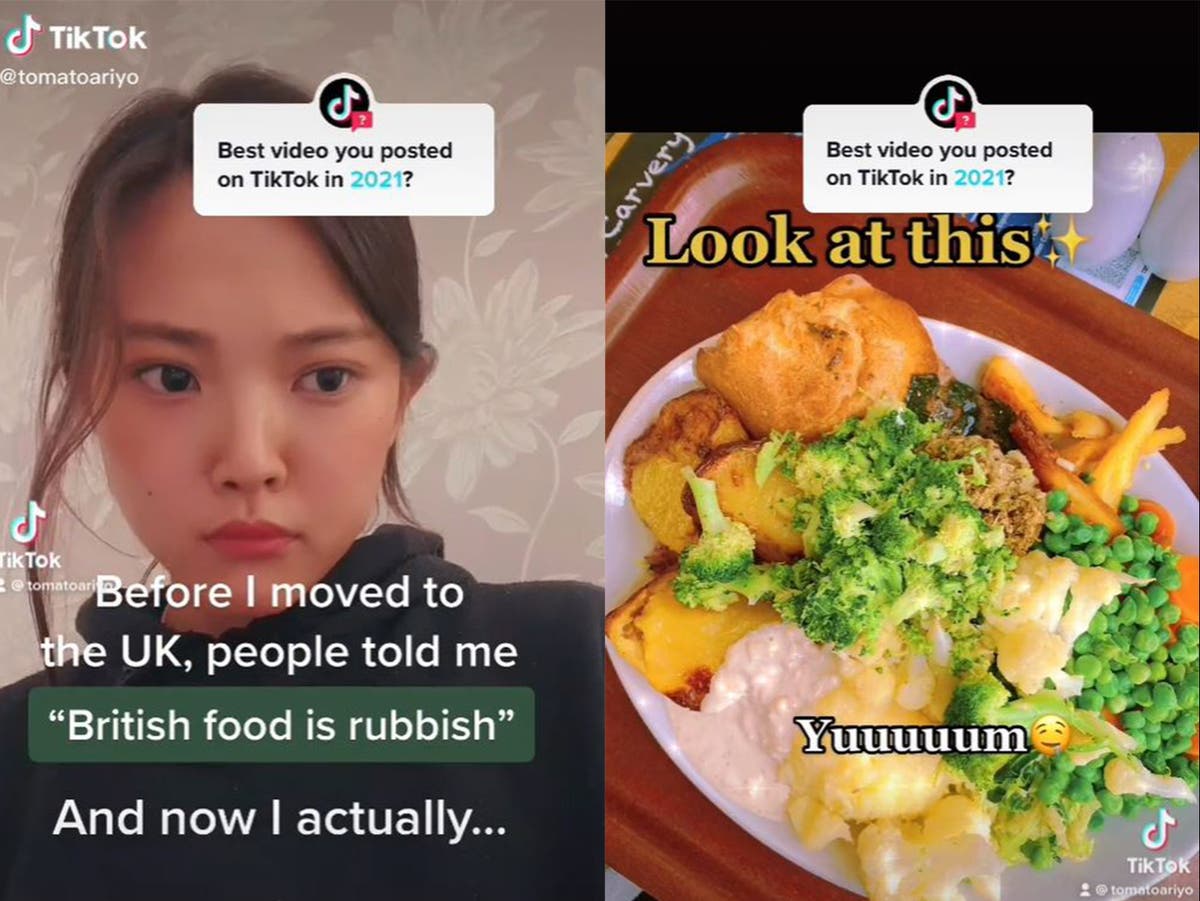 A Japanese food blogger has gone viral on TikTok after posting about the first attempt at a traditional British roast dinner.

Ariyo Fukui, 27, who goes by @tomatoariyo on the platform, lives in Bristol after moving to the UK from Tokyo.

On Saturday, Fukui posted a video about his summer visit to the Brent House Carvery in Highbridge,Somerset Live reporting and blogging about the experience of trying traditional roast for the first time.

â€œIn Tokyo, we have roast beef and roast chicken, but it’s just a few thin slices of meat,â€ she told the publication.

“I had no idea that a roast dinner had Yorkshire potatoes, vegetables, stuffing and pudding in it.”

â€œIn the summer my boyfriend took me to this meat-cutout restaurant,â€ she added.

â€œIt was my very first roast dinner in a restaurant. I was really impressed.

â€œThe meat was well done, the potatoes were crispy on the outside and soft on the inside.

“Loved the large serving of vegetables.”

In the video, Fukui explains how everyone told her before she moved to the UK that British food was ‘rubbish’.

She later revealed a photo of her meal, praising it as having the “best sauce ever.”

Fukui also showed a photo of his clean plate after his meal was finished.

The video has since garnered more than 43,000 views and hundreds of comments.

â€œThe Sunday roast is my favorite,â€ added another.