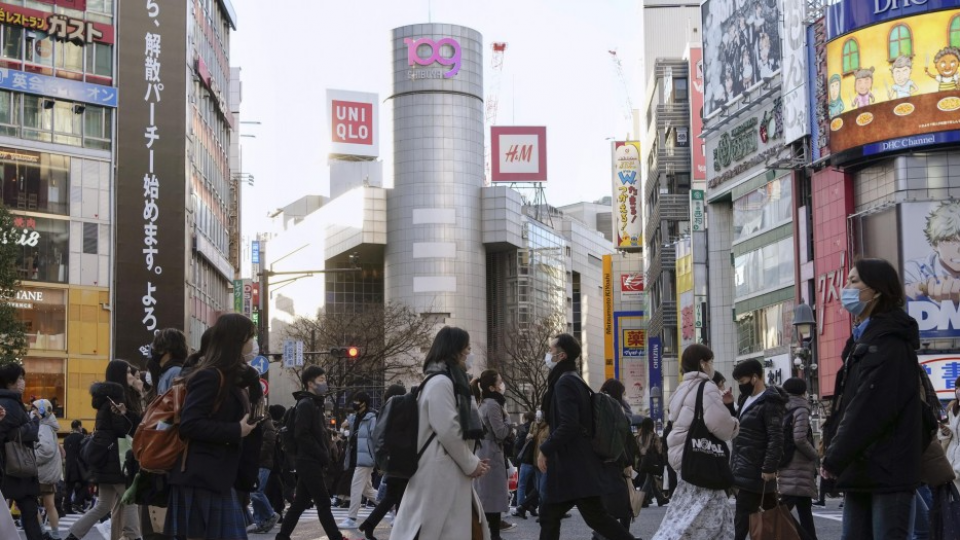 Japan seeks to expand near-COVID emergency in Tokyo, 10 other preferences.

Japan is considering placing 11 prefectures, including Tokyo and its surrounding areas, under a quasi-state of COVID-19 emergency to curb the rapid spread of coronavirus cases, government sources said on Monday.

Any near-emergency declaration depends on requests made by those prefectures, but the Japanese government is poised to make a decision as early as Wednesday, the sources said as the highly transmissible strain of Omicron continues to spread.

If declared, Japan would see 14 of its 47 prefectures under the virus measure, bolstering the view that the country is experiencing what health experts describe as its sixth wave of the pandemic.

The eventual declaration will likely be effective for around three weeks from Friday, one of the sources said.

Tokyo and the neighboring prefectures of Chiba, Saitama and Kanagawa jointly asked the central government to place them on near-emergency after their governors held a virtual meeting to discuss the infection situation in the Tokyo metropolitan area.

Gifu and Mie prefectures in central Japan have also made a request as they too seek to prevent hospitals from being overwhelmed by a spike in COVID-19 cases. Their neighbor Aichi should follow suit.

The remaining prefectures are Niigata on the Sea of ​​Japan coast as well as Kumamoto, Miyazaki and Nagasaki in the southwest, state and local government sources said.

In the event of a near-emergency, local governors can direct food establishments to shorten their hours of operation and stop serving alcohol. Residents of these areas would also be asked to refrain from crossing prefectural borders.

People wearing protective masks against the coronavirus walk in Tokyo’s Ginza area on January 17, 2022. Tokyo and its three neighboring prefectures agreed on the same day to jointly request the central government to place the area under a quasi-state of emergency in an attempt to curb the spike in COVID-19 cases. (Kyōdo) == Kyōdo

The daily number of coronavirus cases in Tokyo rose to 3,719 on Monday, after surpassing 4,000 on Friday for the first time since late August.

Nationwide, the number of newly confirmed coronavirus cases topped 20,000 for the fourth consecutive day, with community transmissions from Omicron accelerating in urban areas such as Tokyo, Aichi and Osaka.

In the Kansai region of western Japan, Osaka Governor Hirofumi Yoshimura said he planned to consult with the governors of neighboring cities Kyoto and Hyogo on whether to request measures of near-emergency.

Chief Cabinet Secretary Hirokazu Matsuno said the number of new cases is “rising at an unprecedented speed, not only in the metropolitan area but also elsewhere.”

At a regular press conference, Matsuno said health experts had noted the need to consider making a statement based on broader economic regions rather than prefectures, and he suggested taking such a position for Tokyo and Osaka and their surroundings.

Amid the resurgence of the virus across the country, a near-state of emergency has already been declared in Okinawa, Yamaguchi and Hiroshima prefectures, effective from January 9 until the end of the month.

Prime Minister Fumio Kishida told a ruling party meeting on Monday that the government “will have to implement restrictions on the movement of people” if existing anti-virus measures cannot curb the spread of the virus.

To counter the resurgence of COVID-19, the government now plans to reopen a mass vaccination center in Tokyo on January 31 using a government facility in the Chiyoda district, the site of a vaccination program last year, according to a government source.

Kishida announced last week that centers run by the Self-Defense Forces in Tokyo and Osaka would be reopened to speed up booster shots.

The Ministry of Defense is expected to decide on the timing of administering third strikes to people aged 18 or over as early as Tuesday.