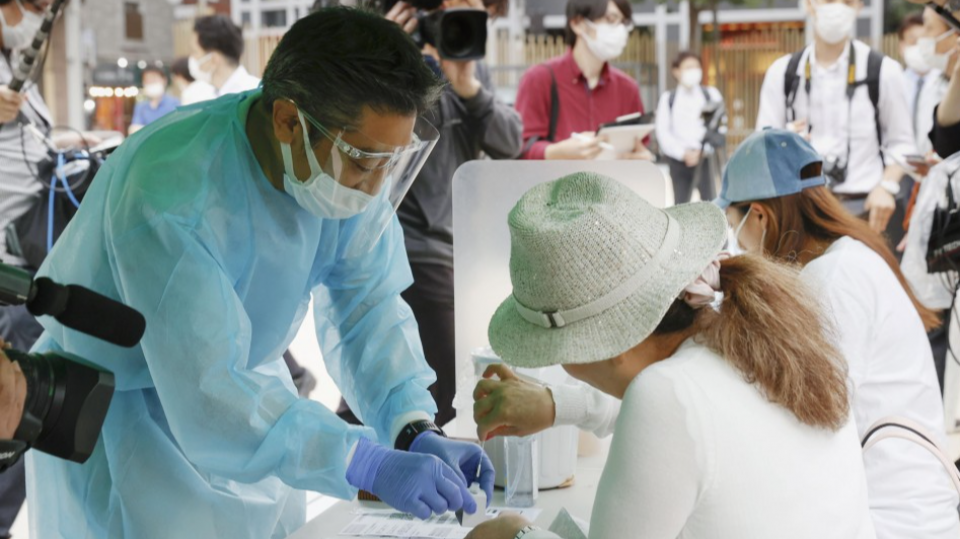 Japan plans to expand COVID-19 near emergency to Tokyo area

Japan plans to extend its near-state of coronavirus emergency in Tokyo and three adjacent prefectures, government sources said on Wednesday, as a rebound in COVID-19 cases raised the possibility of the capital hosting the Olympic Games without spectators.

Prime Minister Yoshihide Suga’s government will make a decision next week on a possible extension beyond the July 11 emergency expires, just before the Summer Games open on July 23, the sources said. . Some members of the government believe Suga could declare another state of emergency in the Tokyo area.

A coronavirus antigen test is carried out on an experimental basis in the nightlife district of Kabukicho in Tokyo on June 30, 2021, for employees and customers of bars and restaurants, as viral infections are on the rise in the capital. Japanese. (Kyodo) == Kyodo

Earlier Wednesday, the Tokyo metropolitan government reported 714 new cases of the coronavirus daily, reflecting a sharp rebound in the 10 days since the capital emerged from the state of emergency and moved to near-miss measures. emergency.

The seven-day moving average of infections per day in Tokyo stood at 508.4, breaking the 500 mark and reaching stage 4, the worst level on the government’s four-point scale.

“The number of new infections in Tokyo is on an upward trend,” Suga said at a ministerial meeting on COVID-19. “We will closely monitor the situation and take the necessary measures in a timely manner.”

The Suga government “may consider issuing (another) statement,” a government source said.

The government has currently invoked the COVID-19 near state of emergency in Tokyo and three neighboring prefectures of Kanagawa, Saitama and Chiba, as well as six other prefectures including Osaka, Kyoto and Aichi.

Under the near-state of emergency, which is currently scheduled to end on July 11, alcohol can be served until 7 p.m. as long as certain COVID-19 precautions are in place, but dining establishments are urged to close before 8 p.m.

The Tokyo Metropolitan Government has said it will ask restaurants to immediately stop serving alcohol if situations equivalent to Step 4 are in sight.

In a separate meeting on Wednesday of a Ministry of Health panel, the National Institute of Infectious Diseases said the Delta coronavirus variant, first detected in India, accounted for around 30% of infections in Tokyo and in neighboring prefectures at the end of June.

The institute warned that the figure could exceed 50 percent by mid-July. 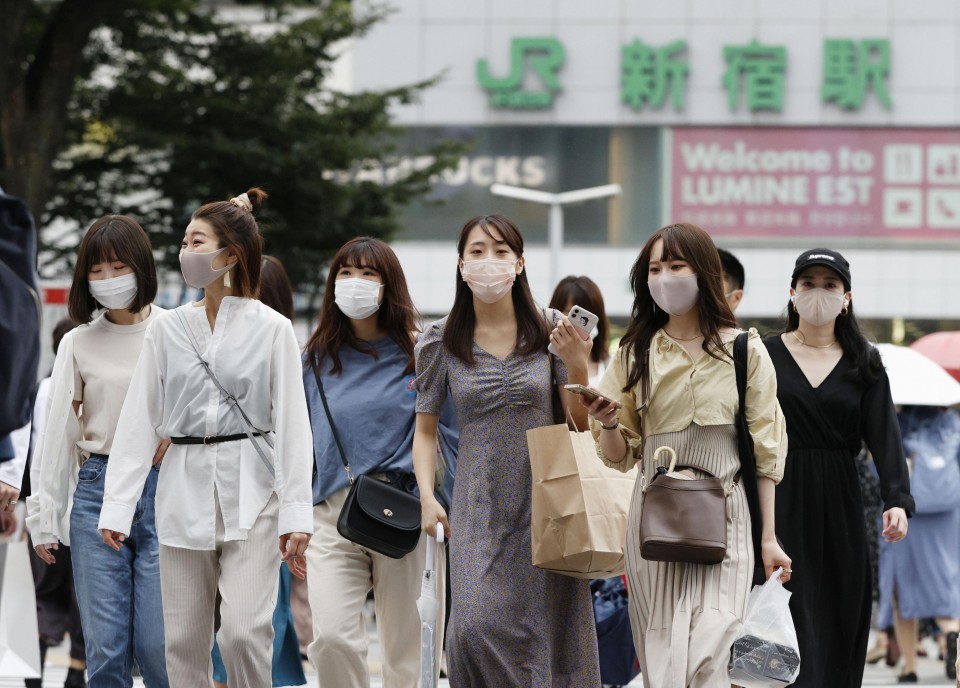 The elderly accounted for the lowest percentage of infections since last fall, he said, suggesting the effectiveness of the vaccination.

Norihisa Tamura, Minister of Health, Labor and Welfare, called for a discussion on how to deal with rising bed occupancy rates in hospitals in the capital.

Meanwhile, Suga said new requests for COVID-19 vaccine doses to be administered in workplaces and universities will remain on hold indefinitely as the government continues to process requests already received.

Tokyo recorded 12,979 new infections in June. While cases declined in the first half of the month when the state of emergency was in place, they began to rebound quickly after measures were eased on June 21.

4 stocks to buy before the Tokyo Summer Olympics