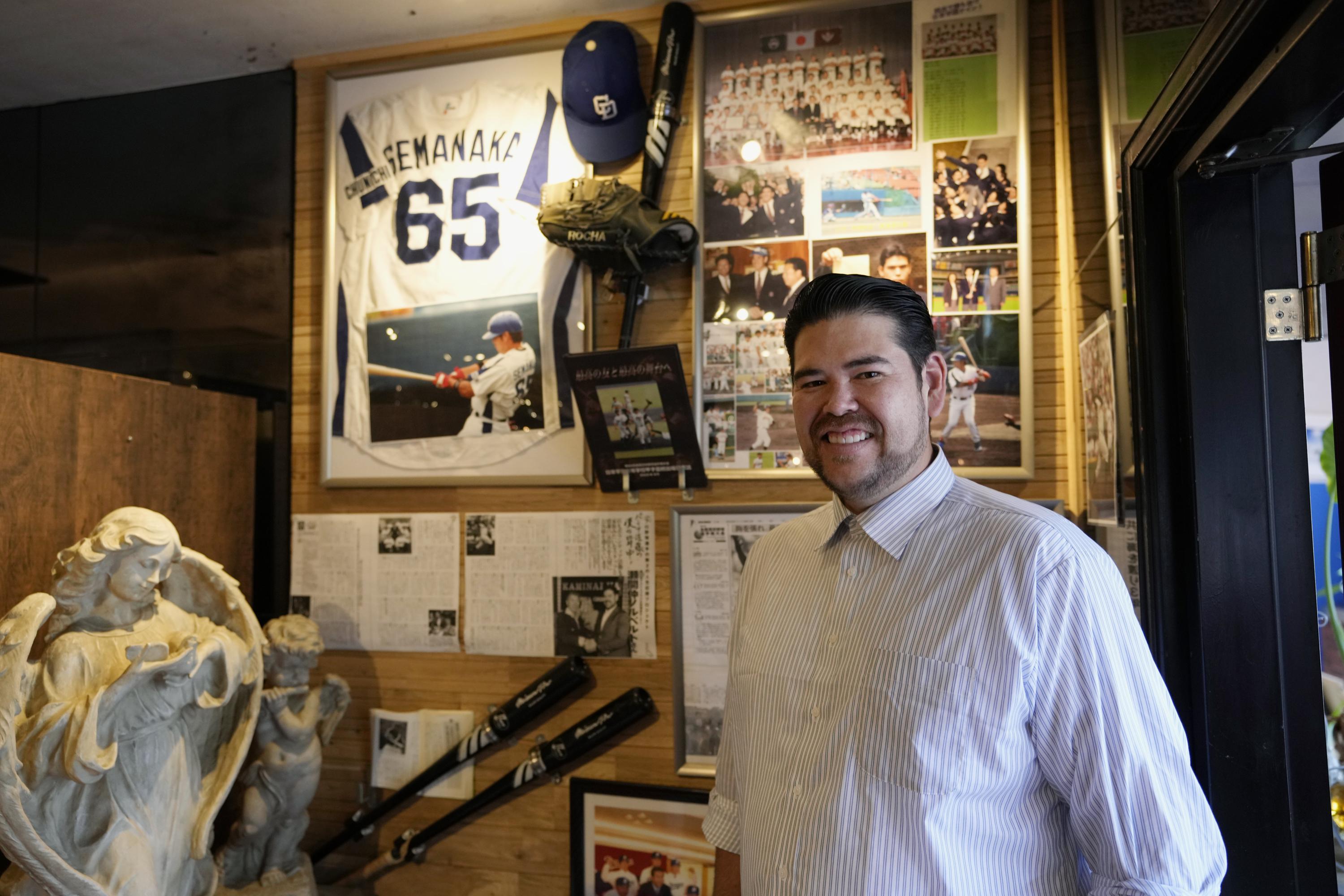 Japan and Brazil linked by football, baseball and immigration

OIZUMI, Japan (AP) — Brazil’s national soccer team is a draw everywhere it plays, often a sentimental choice. The affection will be deeper for some in Japan when the countries play in Tokyo on Monday, with both heading to the World Cup in Qatar.

Geographically distant and culturally distinct, Brazil and Japan are linked by more than a century of immigration – and return migration. The end of slavery in Brazil in 1888 saw Japanese and others recruited to work in slave-like conditions on coffee plantations in southern Brazil.

Brazil is home to the largest Japanese population in the world outside the country, estimated at 2 million. Several hundred thousand Japanese Brazilians have returned to work in Japan in recent decades, changing the face and pace of cities.

Japan have never beaten Brazil in football in 12 tries. Two decades ago, he hired former Brazilian midfielder Zico to coach his national team. He’s fielded a few Brazilian-born players over the years like Alessandro Santos, but this time there are no obvious connections.

“I’m not sure I can go to the game, but I would definitely cheer for Brazil,” said Silvia Semanaka, who was born in Brazil to a mother of Japanese descent and moved to Japan 16 years ago to work.

Semanaka followed his brother Norberto to Japan, where he played professional baseball for the Chunichi Dragons, a game he perfected in the Japanese community near Sao Paulo. Hardly anyone in Brazil plays baseball.

“In Brazil, baseball is considered a Japanese game,” Norberto said. Despite growing up in the most famous football country in the world, Norberto said he played ‘zero football’.

“There was no time for football because every weekend they played baseball,” Silvia said.

Norberto has been in Japan longer than his sister. He put down roots and runs the popular Brazilian restaurant Kaminalua in the small town of Oizumi, located about 90 kilometers (55 miles) northwest of Tokyo.

A small gallery at the restaurant’s entrance displays his old Dragons baseball jersey (#65), cap, gloves and bat, along with newspaper clippings that make him a small-town celebrity. He went to high school in Japan, is fluent in Japanese, and was a left-handed first baseman known for his batting.

“My life is half and half,” he says, “half in Brazil and half here in Japan. In football, it’s Brazil.

About 2% in Japan have a foreign nationality. Oizumi and other small towns that have attracted immigrants are different. Of Oizumi’s 40,000 residents, the local town hall says 20% were born outside Japan and just over half are Japanese Brazilians

The second largest group is Peruvians, followed by Nepalese and Vietnamese. The city claims about 32 nationalities.

Supermarkets, companies offering moving services and other stores are dotted with Brazilian flags. All the popular Brazilian food and drinks are here: Pacoquita, the savory peanut candy; cans of feijoada, the black bean stew; and the popular Guarana soft drink.

Signs abound in Japanese and Portuguese. Some malls advertise in Japanese, Portuguese, English and Chinese. This may be common in the United States or countries with large immigrant communities, but not in homogeneous Japan.

“It looks like you’re at an airport,” Silvia said.

Many Brazilians in the Oizumi region have returned to work at the local Subaru car plant or other factories. Silvia runs a language school where she teaches English and others teach Portuguese or Japanese. Parents of children born in Japan want them to know Portuguese or Japanese – depending on what is missing – and adults who have immigrated study Japanese or English.

Three of Silvia’s teenage students studying English – Tatyane Kataoka, Juliane Soares and Nicole Enomoto – represent the linguistic mishmash. They were born in Japan, have only visited Brazil briefly, speak Portuguese as their first language and have varying dexterity in Japanese.

Tatyane said she spoke “no” Japanese, and Nicole was fluent. Juliane is between the two.

“I understand most of what they say, but I’m afraid to say it,” Juliane said.

Both Juliane and Nicole hope to attend college next year in the southern Brazilian city of Curitiba as virtual strangers after living their entire lives in Japan. Tatyane is a year younger and still has this decision to make.

All three were asked if they identified as Brazilian or Japanese. All three said “Brazilian”.

“Everyone wants to go back to Brazil, but usually that’s not what happens,” explained Silvia. “Most of them stay. I wanted to stay two or three years and I’m still here.

Silvia hinted at a possible human tendency – people finding differences between them despite having a lot in common. She said her Brazilian-born father “a Brazilian Brazilian” was not always welcomed by the Japanese community, who viewed him as an outsider.

“Only Japanese descendants played baseball in Brazil. They didn’t accept my father,” she said. “Even being in Brazil, and being born in Brazil, they considered themselves Japanese and didn’t want to mingle.”

These early Japanese people had difficult lives, documented at the Japanese Immigration Museum in the Liberdade district of Sao Paulo. They were recruited by the Brazilian government to “whiten” the country, which was heavily black and brown when slavery ended. This was part of a well-known eugenics movement in early 20th century Brazil.

This contradicts the popular notion that Brazil is a “racial democracy”, a myth that underlies much of the culture.

Brazilians returning to Japan have encountered their own obstacles. Some are self-created: not knowing the rules, not following them, or language barrier issues. Others could be related to the insular nature of Japan.

“I think the Japanese are getting used to foreigners more and more. but sometimes I think it’s our fault,” said Silvia. “We are foreigners here, so we have to respect their culture. We have to get used to them, not that they get used to us.

Silvia said she is more likely to return to live in Brazil than her brother, and the attraction is family. She said the Brazilians “probably have more fun because the Japanese work a lot.” But she said Japan was the winner when it came to quality of life, pointing to huge social inequality in Brazil linked to skin color.

“I prefer Japanese culture,” Silvia said. “People respect each other here, and if you make an effort to work, you can find a job; you can have your business – buy your house or your car. In Brazil, it’s a bit more complicated.

Norberto was more adamant, but conflicted.

“I’m Brazilian, but I’m not used to the culture there anymore,” he said. “I’m more used to Japanese culture than my own. But when it comes to football, I’m 100% Brazilian. It’s a bit confusing, isn’t it?