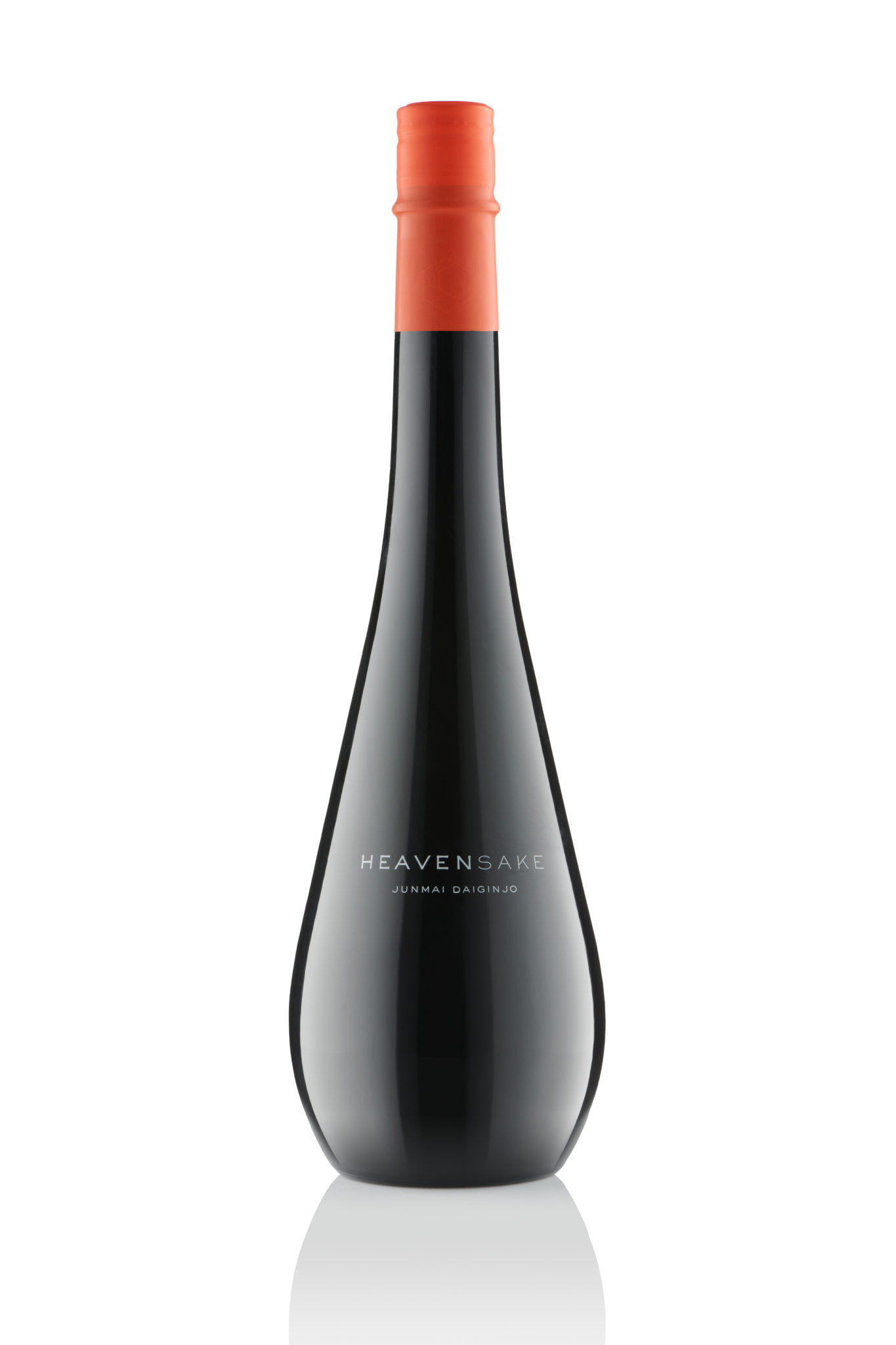 Co-founder of HEAVENSAKE and award-winning Chef de Cavein Champagne, France, Régis Camus worked closely with Toji d’Urakasumi (master brewer) and its president, Koichi Saura, to create a smooth, pure and elegant liquid. Saura san is the 13th generation of the Saura family and founding president of the Sake Samurai organization in Japan which actively promotes sake overseas. According to Saura san, HEAVENSAKE is a game-changer for the sake industry, creating the first lifestyle brand and opening new doors for this category.

Marked with a bright orange cap and bottled in HEAVENSAKE’s signature black glass bottle, the liquid is uniquely crafted using Camus’ expertise in wine blending here applied to sake. Camus approaches the crafting of each expression of Junmai Daiginjo as a winemaker blending a vintage of a wine; focused on the terroir of each rice, the polish and the water source of the region, to create the perfect blend of three pure ingredients – water, rice and Koji. Camus collaborated with the 290-year-old brewery to blend Kura No Hana, a local rice variety, and Yamadanishiki rice with two Urakasumi-exclusive yeasts, including the widely recognized Kyokai 12 yeast, and the uniquely sweet water from the Miyagi prefecture. type. The resulting liquid is an extremely smooth, versatile and delicious multi-layered blend with 16.9% ABV gluten, sulfite, sugar and additive free.

In creating a new Junmai Daiginjo, Camus wanted to extend the success and excitement that greeted the brand’s first Junmai Daiginjo expression, which was created in partnership with southern Japan’s renowned Dassai Brewery in Yamaguchi Prefecture; a liquid made from harder, mineral-rich water from the region, Yamadanishiki rice and Dassai Brewery’s proprietary yeast blend.

“We are certainly entering a period of acceleration for the Sake category in the main export markets – the United States, China and Hong Kong,” says Camus. “Before the pandemic, the category trend was around +20% year-over-year. These markets have seen rapid growth in the Junmai Sake segment, especially for the Junmai Daiginjo grade. The momentum is there: HEAVENSAKE in 2021 tripled its sales compared to the previous year.

Finish: Distinctly refined with 40-50% rice glaze – a process by which the hard outer shell of each grain is removed to reveal rice in its purest form, giving way to a cleaner, purer flavor.

Tasting advice: Label Orange can be enjoyed chilled in a wine glass; designed for easy consumption and versatile food pairings such as lobster, uni, sashimi, carpaccio, cheese and caviar

HEAVENSAKE Label Orange is currently being rolled out in major US markets. It is available at top restaurants, including Sushi Nakazawa in New York; Zuma in Boston; Akira back in Houston; Sushi by Scratch and Rosewood Miramar in Montecito, California, and is available nationwide through online retailers such as TippsySake.com and Reservebar.com.

Founded in 2016 and introduced to the US market in 2017, HEAVENSAKE is an award-winning collection of premium smooth sakes (winner of “Best Sake” at IWC San Francisco in 2019 and 2020). Crafted and handcrafted in Japan, HEAVENSAKE celebrates the union between the traditional art of Japanese sake-making and Champagne blending techniques. This is the first French-Japanese collaboration in the world of sake, co-founded by the famous French cellar master Régis Camus. Camus is an eight-time winner of the prestigious “Winemaker of the Year” award at the International Wine Challenge, the most prestigious and meticulously judged wine competition in the world. Unlike traditional batch sake, Camus’ vision brings expertise in the art of blending Champagne vintages to HEAVENSAKE.

The four expressions of HEAVENSAKE all belong to the prestigious class of sake Junmai, which translates to “pure” in Japanese, with two expressions JUNMAI DAIGINJO, TWO expressions JUNMAI GINJO and their unique creation JUNMAI 12 – a sake with 12% alcohol with 25% less alcohol and 25% fewer calories than normal Junmai sake. The unparalleled sweetness of the sakes comes from Régis’ skillful blending, blending different sakes from historic breweries. Working closely with the Tojis (sake brewmasters), Regis has created four expressions that all meet the highest standards of balance, purity and refinement to reflect the meaning of Junmai. The four HEAVENSAKE breweries are among the most respected in Japan: Dassai, Urakasumi, Konishi and Hakushika.

Extremely user-friendly and designed to be enjoyed at any time of the day – much like a glass of wine or a nice refreshing beer – HEAVENSAKE is made from just three ingredients: rice, water and koji for fermentation, a process similar to that of brewing beer. Each expression is meant to be enjoyed chilled and served in a wine glass. The distinct blends are all-natural, created without distilled alcohol or added sugar; all expressions are sulfite-free, gluten-free and additive-free, and are three times less acidic than wine. Given these qualities, HEAVENSAKE is the ideal drink for any bon vivant looking for “A Better High” (HEAVENSAKE’s mission, to stay lively even after a playful moment.)

From the sake to the bottle itself, everything is produced in Japan. The distinct and exclusive shape of the HEAVENSAKE bottle took nearly 18 months to design and was born out of the challenge of finding a shape that respects the traditionally understated elegance of Japanese culture while expressing the brand’s modern personality. The result is a container that evokes the purity of water, the character of champagne and the timelessness of wine – life in a drop. The HEAVENSAKE (RAKKAN) logo refers to the brand’s French-Japanese heritage: the hexagonal shape represents France due to the country’s six-sided shape, while the interior lines are inspired by Japanese kanji (calligraphy) , creating three hexagons to represent water , rice and koji – the three main ingredients that produce sake. A testament to the brand’s unique design, HEAVENSAKE has received gold recognition for packaging design at the San Francisco International Wine Competition two years in a row.

Loved by cultural icons and notable celebrities such as Neil Patrick Harris, Dita Von Teese, A$AP Rocky, Irina Shayk and Emily Ratajowski, HEAVENSAKE is easily found in acclaimed restaurants and hotels across the United States, including MASA , Sushi Nakazawa, Gjelina, The Setai. , PLANTA, Casa Faena, O Ya, Sushi by Bou and many more. Today, HEAVENSAKE is distributed nationally by Southern Glazer’s Wine & Spirits and available for purchase at reputable retailers across the country including Bowery & Vine, Erewhon, Whole Foods, BevMo! and Trader Joe’s.