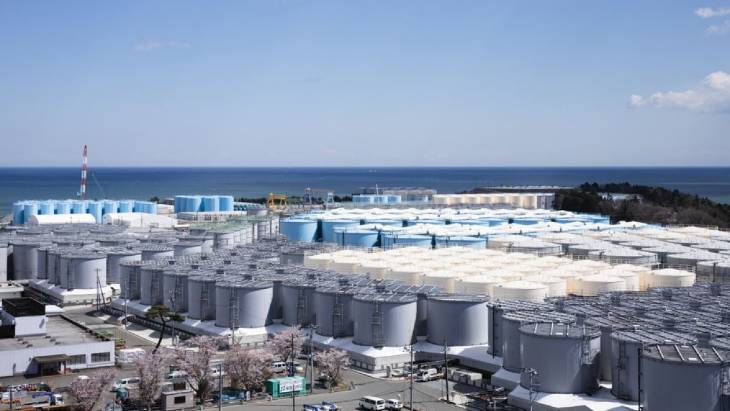 The task force report is the first in a series of reports to be released following International Atomic Energy Agency missions to Japan in the months and years to come to assess the release of water against IAEA safety standards.

It summarizes the progress of technical preparations for the water release, with initial findings from the team’s first review mission of 15 experts in February to Japan’s Tokyo Electric Power Company (Tepco), the power plant Fukushima Daiichi Nuclear Power Plant (FDNPS) operator, and the Ministry of Economy, Trade and Industry (METI).

It also includes a summary of the task force’s review of the “Processed Water Characteristics of the Advanced Liquid Handling System (ALPS), safety aspects of the system constructed to evacuate the water, the environmental radiological impact assessment, regulatory oversight, source and environmental monitoring programs, occupational radiation protection and stakeholder involvement”.

It states that “several areas requiring further discussion and clarification were identified during the mission, such as the characterization of the source term (i.e. discharged ALPS treated water), how the concept optimization is addressed at different stages of the process, the application of a dose constraint and release limits, and the way in which abnormal events and external risks, as well as their impacts, are taken into account.

IAEA Director General Rafael Mariano Grossi said: “Japan has made significant progress in its preparations and the task force is satisfied that Tepco and METI have identified the appropriate next steps for the release of water. planned for 2023. Work will continue so that the working group can provide its conclusions before the discharge.

Japan announced last year that it planned to discharge treated water stored at the Fukushima Daiichi power plant into the sea over a period of about 30 years and asked the IAEA to review its plans against the IAEA safety standards which “reflect international consensus and serve as a global benchmark”. benchmark for the protection of people and the environment against the harmful effects of ionizing radiation”.

Partly used to cool molten nuclear fuel at Fukushima, the water is treated and purified by the ALPS system and was then stored in approximately 1,000 tanks on site. ALPS removes most radioactive contamination, except for tritium. The total tank storage capacity at the site is approximately 1.37 million cubic meters and all tanks are expected to be full by mid-2022.

Neighboring countries were alarmed by Japan’s plan, but the IAEA said the level of tritium in the water will be “well below national regulatory limits and World Health Organization standards for water drinkable”.

During the February mission, the report states, the task force was able “to witness the design and early preparations underway at the FDNPS site, including the planned construction of the infrastructure necessary for the evacuation of water, which will include a water dilution facility, a disposal well as well as an underwater tunnel bringing the treated water into the sea”.

A second mission to Tepco and METI is planned for the second half of 2022, offering a chance “to follow the progress of Tepco and METI on technical subjects, and to review updated versions of the REIA (assessment of the radiological impact on the environment) and the implementation Plan”.

For us, they seek our mandate | The Guardian Nigeria News