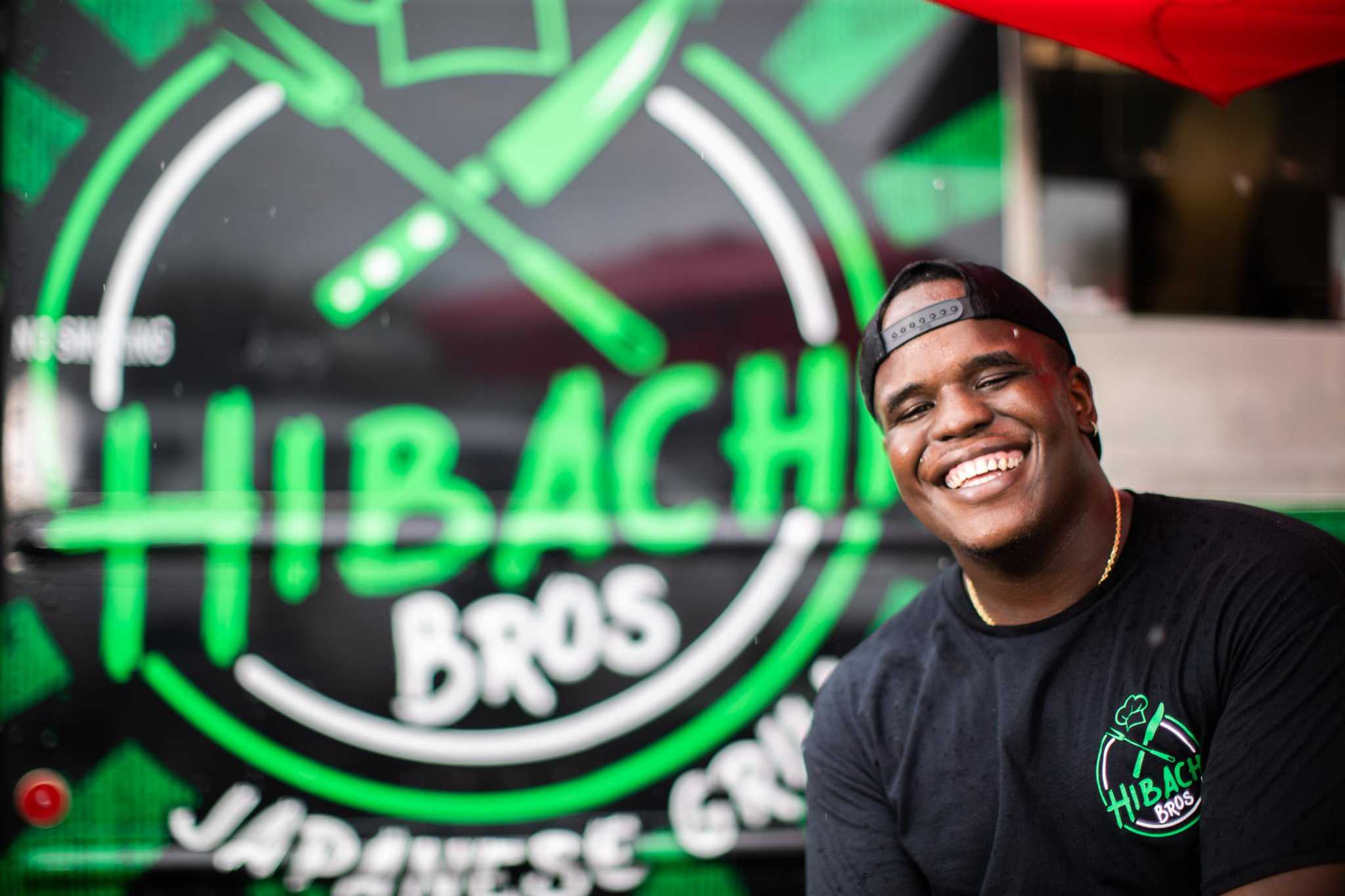 Every time Dempsey Robinson returned to his hometown of Los Angeles, he stocked up on the Japanese-style hibachi food trucks that roamed this great foodie metropolis.

And when he returned to Houston, with those flavors of grilled meats and fresh seafood in his palate, he wondered why hibachi wasn’t more prevalent in the equally food-obsessed Bayou City.

Then he did something about it. Last year, the 25-year-old Texas Southern University grad started Hibachi Bros Grill, one of the few Japanese-style hibachi food trucks in Houston. The newcomer’s effort proved successful enough for a second Hibachi Bros food truck this month to satisfy the appetite for its signature grilled meals. While the original food truck resides at the Bus Stop Food Truck Park at 4501 Almeda, the second truck is intended to be a traveling caterer for weddings, birthdays, and the busy football season that is about to begin in earnest. in Houston.

“Hibachi and football are a perfect combination,” Robinson said. “Who doesn’t want to enjoy a great meal of steak while watching your favorite game?”

He knows something about this grid game. Robinson moved to Houston in 2015 to play scholarship football for TSU. For three years with the Tigers, he played defensive end and tackle. He graduated with a Bachelor of Commerce degree in 2021, and in his final months at TSU, he began to plot Hibachi Bros based on what he saw as a niche in the food truck landscape.

“If you took a trip to Los Angeles, you would see countless hibachi trucks,” he said. “Not in Houston.”

The restaurant newbie did his homework and decided to open a food truck to cater to the nighttime crowds of the Third Ward.

So what is hibachi cuisine? Think the famous Benihana: protein quickly grilled on a teppanyaki or steel griddle. Robinson’s trucks are equipped with these flat steel platters that sizzle with premium New York steak, filet mignon, chicken, shrimp, salmon and lobster bathed in a variety of sauces and served with vegetables mixed fresh and fried rice or noodles.

Robinson called his hibachi food truck a leap of faith. “No one opens a business knowing it will be successful,” he said. Houston, he added, isn’t exactly lacking in food trucks, given the city’s appetite for street tacos, hot chicken, burgers, waffles and sandwiches.

But he had a feeling his hibachi meals were going to take off. They did it. Friends of TSU helped publicize the fledgling black-owned business. It also didn’t hurt that during the first week of operation, Hibachi Bros was asked to throw a party for basketball star James Harden at his home in Houston. This led to catering gigs for rappers Trae tha Truth, Maxo Kream, Sauce Walka and Lil Baby. Hibachi Bros also recently hosted 500 students at a TSU freshman orientation.

“I fell in love with Houston when I arrived here in 2015,” Robinson said, “and I’m so grateful for how this community welcomed me from day one and supported us over the past year. .”

Join the conversation with HouWeAre

We want to foster conversation and highlight the intersection of race, identity, and culture in one of America’s most diverse cities. Sign up for the HouWeAre newsletter here.

Robinson works hard to maintain quality at the food truck where everything is made to order, polished with his five signature sauces. Its produce and seafood are sourced daily, its meats are halal-certified, and it has worked with hibachi chefs to ensure the authenticity of its grilled Japanese flavors. This attention to detail comes at a price. Unlike many budget trucks, Hibachi Bros doesn’t come cheap. Appetizers range from $17 for chicken to $33 for lobster; combo plates range from $26 for steak and chicken to $45 for lobster, filet mignon, and shrimp. It recently introduced “broritos,” burritos filled with hibachi-style grilled chicken, steak, and shrimp, priced at $13.50 to $19.50.

But there’s an obvious hunger for its hibachi luxuries, even without the Benihana-type show. “People come for lobster at 11:30 p.m. at night after the bar,” he said.

With the start of tailgate season, Hibachi Bros will further test the city’s appetite for Japanese-style gourmet grilling.

When asked where he sees his business going, Robinson replied, “Have you ever played Monopoly?” His response expressed his confidence to play — and own — the board in Houston.

Hibachi Bros Grill, 4501 Almeda, is open Wednesday and Thursday from 5 p.m. to midnight; Friday and Saturday from 5 p.m. to 2 a.m., Sunday from 3 p.m. to 10 p.m. The second truck is now available for catering and private reservations; hibachibroshtx.com.

Here’s how to import your pet cat to Japan