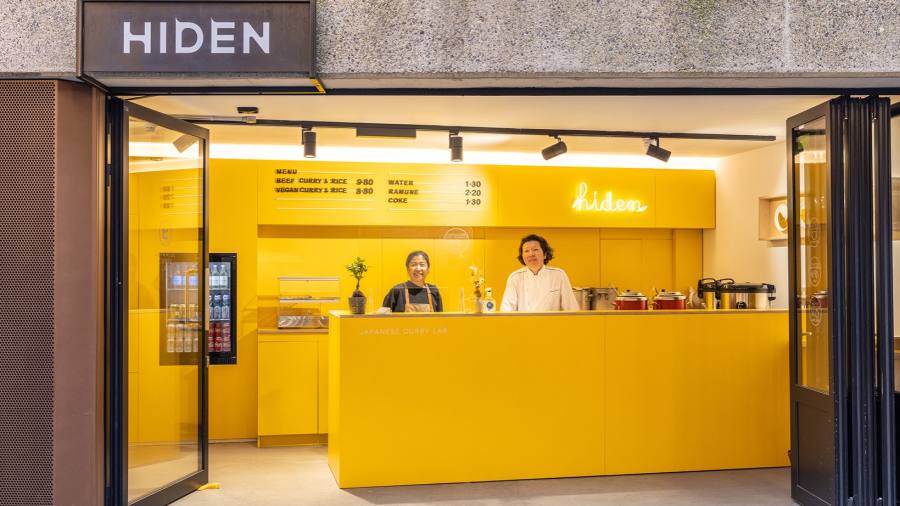 As a food à la carte nerd, I admire what you might call One Dish restaurants, places that focus on a single ingredient or mix. They know their product to the point of obsession and serve it diligently. Imagine, then, my joy to find Hiden behind King’s Cross, a little hole in the wall with four seats that looks like a Curry Lab.

If you are interested in authenticity, or questions of appropriation and imperialism, then the story of Japanese curry will appeal to you. It started about 150 years ago, when a Rebellion ended the reign of the Tokugawa military shogunate (Edo period) and installed Emperor Mutsuhito, known as Meiji.

The young modernizing emperor wanted to strengthen the Japanese army by westernizing equipment, tactics and training. He also noticed that the Japanese troops – and especially the sailors – seemed undernourished compared to the troops of their new ally, Britain. The Royal Navy, which took a liking to it in India, ate a lot of “curry”.

The Imperial Japanese Navy enthusiastically embraced the curry, and young civilians adopted it as Yoshukutrendy, foreign food. There was nothing genuinely “Indian” about it.

Today, the Japanese are estimated to eat karē raisu more than they eat tempura or sushi, and the ‘curry’ flavor they adore is that of Edwardian Colonels, old-fashioned Sharwoods, Coronation Chicken, and fried curry sauce. Now, in a surreal lurch from the story arc, Japanese curry is all the rage in the UK, without irony, among a generation torn by concerns over ownership.

And it is superb. Although it’s almost always made from mixes pre-made in Japan, Hideaki Yoshiyama has built three curries out of fundamentals: a beef, a chicken, and a lentil. Preserved in heated pots to ripen, they are served over the purest Japanese rice with a few tsukemono (pickles) to punctuate. He took this stretched and dented foodway, and rebuilt it with a rigor that I find irresistible.

Beef is the best. Large pieces of long-simmered meat and diced carrots in a sauce made like demi-glace. The aroma contains elements that could be considered flaws in the more refined South Asian cuisine that we now enjoy. Chili has a raw side. There’s a lot of clove and sweetness, like your mom spooned a mango chutney, but it changes a gland there that deals with childhood, memory, and love.

The chicken is sweeter. There’s turmeric, but it’s not too potent – you get the distinct feeling it’s there for the color. There is black pepper the way I like it, not just as a tangy ‘seasoning’, but as an intentional flavor. And there’s what looks like cardamom – not the very fresh kind, plus the stuff in the glass jars in the stripped pine spice rack.

I’m trying to provide you with the backstory here because it adds so much to the experience. You eat with wonder at the madness. Your head tries to make sense of the journey this food has taken, while your mouth tastes what your memory tells you to be part of your soul. A chef of incomprehensible intensity and focus has reconstructed something that perhaps only exists in a collective empire subconscious, curry house, school dinners, cooked meals. It’s not “authentic” to India, England, Japan or anywhere else, but it expresses the essence of what we all mean, in our different languages, when we say “curry” .

There are only a few stools and a ledge to eat if you want to hang out. The curry comes in a cardboard bowl and, if you go all out and buy a wild Japanese soft drink to go with it, your meal will set you back around £ 12.50.

See. I promise to go to a real restaurant next time, with tablecloths, plates and maybe chairs. In the meantime, please try this one. Eat curry, think, dream, remember and see what it does to your head.