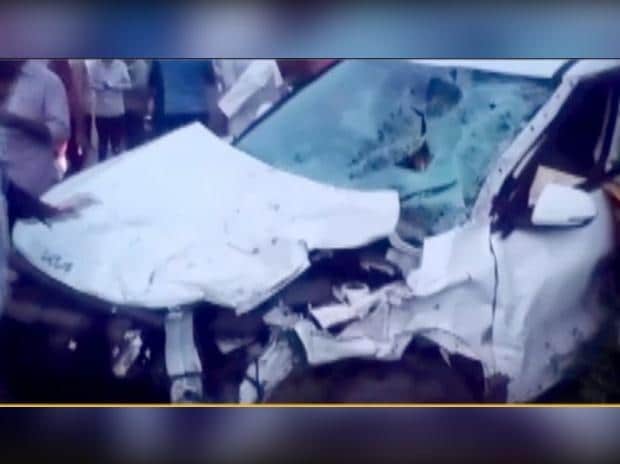 
The war of words has erupted between the BJP and the Congress over the accident in Anand district in which six people were killed.

The accident happened Thursday evening. The BJP alleged that the defendant was drunk at the time of the accident, and the defendant’s father-in-law, who is a sitting congressman, Poonambhai Parmar, was trying to protect him.

Parmar, however, claimed that his son-in-law, Ketan Padhiyar, did not drink alcohol. The Congressman said, “Political opponents were needlessly creating trouble out of thin air just to tarnish my political image.”

He added that Padhiyar was also injured in the accident and was admitted to a private hospital. Parmar said they would cooperate fully with police in the investigation.

Mitesh Patel, a member of Anand Lok Sabha, in an interview with IANS, said: “Not only even eyewitnesses to the accident, local villagers, said that Ketan Padhiyar was drunk at the time of the accident. The police collected enough evidence from his car to suggest that the defendant had been drinking alcohol, the police took his blood sample for a breath test and the FSL report will reveal all.”

Patel alleged that even if Congress attempted to shield Padhiyar from arrest, it would not succeed as there was ample evidence of negligent driving which killed six people against him.

Sojitra Police Station, under whose jurisdiction the accident occurred, filed a criminal complaint under CIP Section 304 for culpable homicide, prohibition law against Ketan Padhiyar, AP Parmar said, police sub-inspector. “As the accused is injured and is being treated in a private hospital, the police have been deployed to the hospital, as soon as he is released he will be arrested,” the officer said.

Six people were killed after a car rammed a rickshaw and a bicycle on Thursday night. While two people died on the spot, four others succumbed to their injuries after being transferred to a hospital in Sojitra.

The deceased included three members of a family, including two sisters and their mother.

According to the police, a car registered as GJ-23-CD-4404 rammed a rickshaw and a bicycle near the village of Dali under Sojitra taluka.

While the rickshaw driver and the cyclist died instantly, three other rickshaw passengers and the bicycle passenger succumbed to their injuries in hospital.

(Only the title and image of this report may have been edited by Business Standard staff; the rest of the content is auto-generated from a syndicated feed.)

Business Standard has always endeavored to provide up-to-date information and commentary on developments that matter to you and that have wider political and economic implications for the country and the world. Your constant encouragement and feedback on how to improve our offering has only strengthened our resolve and commitment to these ideals. Even in these challenging times stemming from Covid-19, we remain committed to keeping you informed and up-to-date with credible news, authoritative opinions and incisive commentary on relevant topical issues.
However, we have a request.

As we battle the economic impact of the pandemic, we need your support even more so that we can continue to bring you more great content. Our subscription model has received an encouraging response from many of you who have subscribed to our online content. More subscription to our online content can only help us achieve the goals of bringing you even better and more relevant content. We believe in free, fair and credible journalism. Your support through more subscriptions can help us practice the journalism we are committed to.