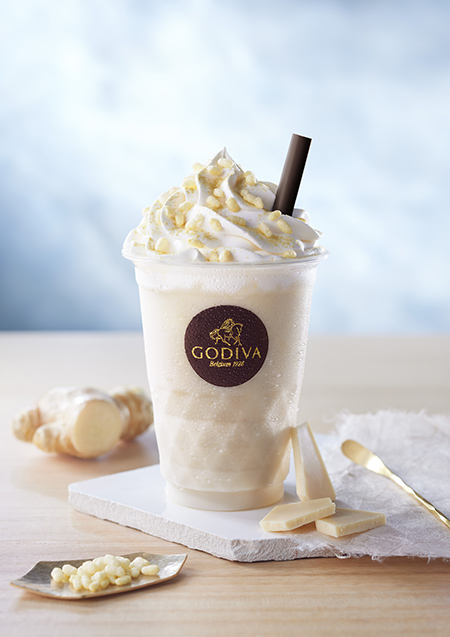 Godiva is known for its luxurious Belgian chocolate. It’s a fact they capitalized on when they released a chocolate drink with real gold foil in their Japanese stores to celebrate the anniversary of the Chocolixir drink a few years ago.

But aside from these decadent treats, they’re also ready to dive into regional specialties and Japanese-inspired flavors. This month, Godiva launched a special version of Chocolixir, available only in Nagasaki, which is inspired by the famous Nagasaki Milkshake, a popular local dessert.

Today, to mark fifty years since the appearance of the brand on the Japanese market, they tackle another Japanese classic. Starting next month, a limited-time frozen drink will debut, combining both Godiva’s white chocolate and amazing. Literally meaning sweet sake, amazake is a traditional Japanese drink made from fermented rice. But contrary to its name, it is usually low-alcohol or non-alcoholic.

Godiva’s drink, Chocolixir Koji and White Chocolate, is alcohol-free and therefore can be enjoyed by everyone. Koji refers to malted rice which is used as a starter when making sake. The rice theme is further developed with the puffs of rice decorating the whipped cream topping of the drink.

Chocolixir Koji and white chocolate are on sale at Godiva branches in Japan that offer Chocolixir drinks on their menu. A normal size will cost 690 yen and a large one will cost you 790 yen.