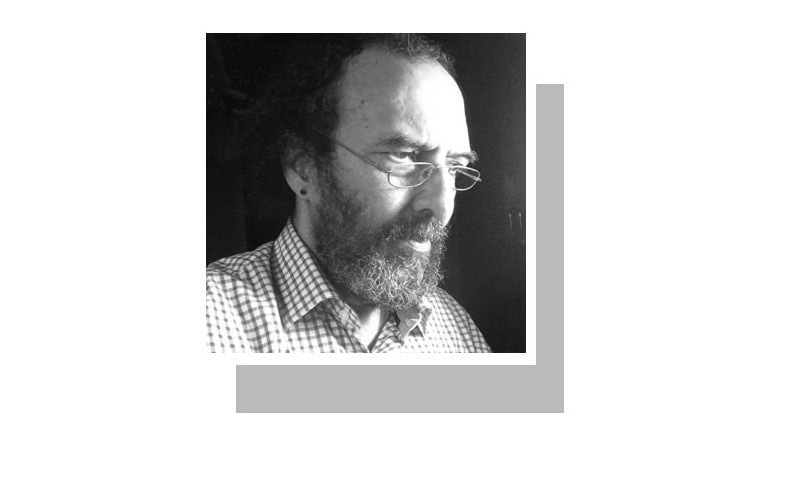 For the love of God, stop the war – Journal

WE are now in the month of Ramazan, a time of piety and self-reflection for Muslims, although that cannot be said by the unraveling of the chaos in Pakistan. It is however reassuring to note that the drums of war in Yemen have died down. Someone has finally found the wisdom to suspend the daily horrors of death and deprivation inflicted on fellow human beings in exchange for the peace and prayers ushered in by the holy month – tentatively for two months but, with luck, forever. .

Ramazan this year coincides with Great Lent, as observed by Orthodox Christians who are a majority of Ukrainians and Russians. Other Christians also observe the period but the days are slightly different. The 40-day stretch marks a dark meditation on the sacrifices of Jesus Christ, and it ends with Easter, celebrated to remind the faithful of his resurrection.

The fratricidal war in Yemen had at least the semblance of an ideological split between two Muslim sects. The war in Ukraine does not have the fig leaf. Not only have the guns not been silenced, but the brutality is fueled daily by a multitude of vested interests. Clearly, the death-dealers in Ukraine are the same ones that fueled the conflict in Yemen, only with the seats overlooking the ring here, not unlike the Roman elite in the Colosseum cheering on a bloody duel.

The discovery of bodies in Bucha near kyiv is just a small glimpse of the brutality inflicted in the fratricide. Given the tragic loss of life and destroyed homes in Ukraine, it is useful to remember that the sanctity of life cannot be ranked as Russian or Ukrainian, as more precious or less. Iraq, Lebanon, Libya, Congo, Kashmir and Afghanistan should never have been the blind spots of morality that they have become.

There are as many camps on the battlefield as there are arms dealers.

Take a sample from Yemen. According to UN estimates at the end of 2021, the cynical war around the strategic Horn of Africa has caused more than 377,000 deaths, 60% of them due to hunger, lack of health care and unsanitary water. The situation makes it one of the most devastated regions in the world. More than 10,000 children have been killed or injured as a direct result of fighting with lethal weapons held out to medieval dictators in the name of freedom and democracy.

Could it be that the arms bazaar has moved to a potentially more lucrative location – Europe itself? It would be insincere not to see the reality in which a newly drawn arsenal of weapons and counter-weapons slaughter people at will in the European theater. There are as many camps on the battlefield as there are arms dealers, including those who fast devoutly. That the duel is being fought between people who share a bittersweet history and a common church cannot be missed.

It’s no secret that the two main parties to the conflict need to keep their murderous factories looking for new customers. Currently this is the advantage of the West, but not necessarily for a better inventory of new killing machines. Its wares are better advertised, not without a little help from an openly integrated media.

In Hollywood war movies, Germans were made to look like clumsy idiots. They are more popular than rival versions that show Americans and Brits as equally stupid. Russian tanks are exploding in the daily news, and James Bond-esque technological wizardry is on the way.

Just as Ramazan is a time of piety and self-reflection for Muslims, there are similar forms of observances in other major religions. Hindus, Buddhists, Jews and Christians have their own methods of fasting and prayers. While the pause in the fighting in Yemen will have brought much-needed relief to its civilians and combatants, Ukraine seems doomed to wait needlessly for a respite from its nightmare.

There is no religious mandate for wars or battles to be suspended during Ramazan, although this has been the convention in recent times. Even India once suspended military operations in Kashmir, ostensibly to give respite to Muslim civilians caught in the crossfire. On the other hand, the so-called Islamic State used the breach to launch attacks against other Muslims during Ramazan.

The Guardian noted the other day that hundreds of Orthodox Christian clergy, scholars and lay people denounced the complicity of the Russian Orthodox Church in the invasion of Ukraine. Their move notably condemned Patriarch Cyril of Moscow for providing theological cover for the cynical invasion. Kirill, according to the Guardian editorial, described Mr Putin’s leadership as a religious miracle, and as the bombs devastated Ukrainian cities, he proclaimed it as “God’s truth”, thus signaling to the people of Russia, of Ukraine and Belarus to unite in one spiritual spirit. people.

It is unclear whether the Ukrainian resistance had also tapped into its religious reserves to rally fighters against the invading troops, although there is also a well-known racist fringe at work there. Obviously, religion can be seen as a double-edged sword. The temptation to use it recently overwhelmed the Ukrainian envoy to New Delhi who pleaded with his Indian listeners to oppose Putin whom he compared to the Muslim invaders of predominantly Hindu India. Unfortunately for the envoy, pro-government sadhus and nationalist television presenters, not without a nudge from political thinkers, preferred to lash out at the United States in tones hitherto associated with pulpits in Pakistan and in Iran.

The month of piety and introspection has also not deterred Pakistani politicians from wading through an unseemly, if not entirely unheard of, political mess. Former rivals have united against Imran Khan’s government, which sought to pre-empt a vote of no confidence that it would have lost by controversially dissolving parliament. The one whose Eid will be the happiest would have little to do with the holy month of self-purification and fasting. Pray for Ukraine, as Faiz would say, even if you don’t know how.

The writer is Dawn’s correspondent in Delhi.