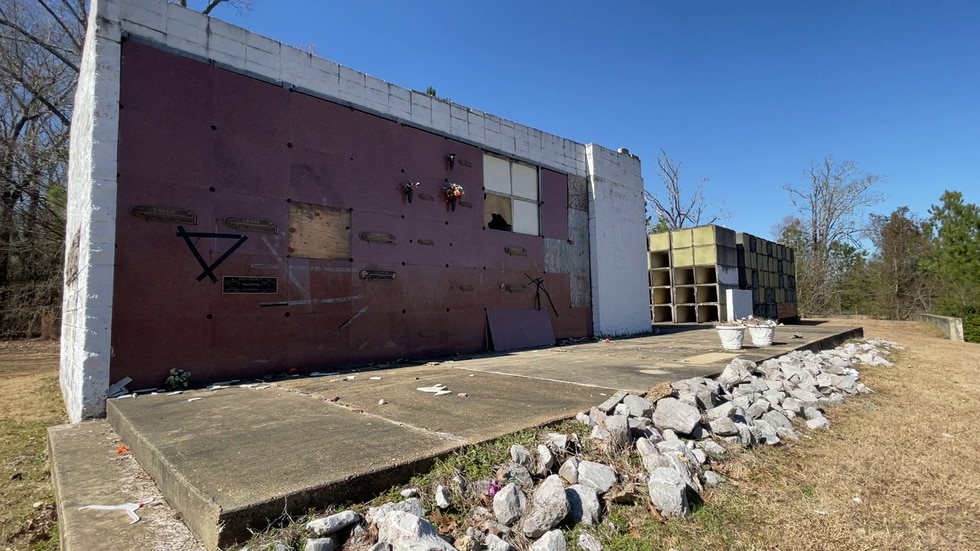 JACKSON, Miss. (WLBT) – A family is devastated after visiting the grounds of their family cemetery in Jackson to bury their mother, only to find the cemetery neglected and in ruins.

“There’s no way we could have left her here,” Tonya Forester said.

Forester and his family traveled to Rosemont Garden Memorial Cemetery on Jan. 28 to bury their mother, Marsha Temple. However, they didn’t think they were going to enter what looked like an abandoned cemetery.

“The grass was about knee high here in this area. You could tell it hadn’t been done for months, maybe a year. I mean, there are beer cans in a pile near the entrance,” Forester said.

On the day of the funeral, she said her brother had found used needles lying around and that many bronze pieces from tombs and mausoleums had been torn out or missing.

Forester said she was so heartbroken by the owner’s actions at the site that she could not continue with the funeral.

“He literally dug two balls of dirt and left us with two shovels. There wasn’t even room for the safe. So I brought my mother home. I didn’t want to leave her here,” Forester said.

The Temple family said that after seeing the state of the cemetery when they came to bury their mother, they do not want to bury their loved ones here in the future.

“My nephew is buried here. And my brother and sister-in-law are talking about having it exhumed and moved,” Forester said.

3 On Your Side also reported vandalism at the same cemetery last June.

Forester said after her incident she did not know who to call for help – but now she will file a formal complaint with the Secretary of State, in the hope that no other family will go through what ‘she has lived.

“It’s not fair that she spent so much money and still doesn’t have a funeral. No closure for her or me,” Forester said.

Discover authentic Japan through the varied cuisine of its regions