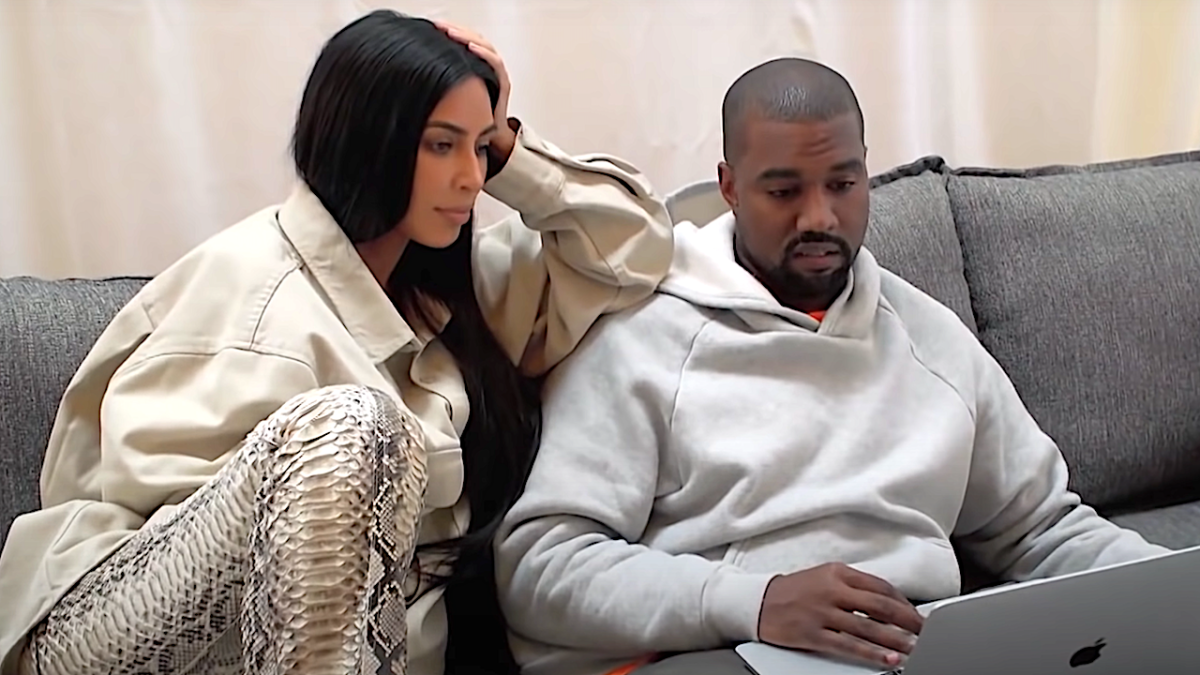 Kim Kardashian and Kanye West may not always agree when it comes to co-parenting, but there’s reason to believe the former couple are making it work. Ye has expressed his displeasure in the past with some of his ex-wife’s actions, including let North, now 9, have a TikTok account and not inviting him to his daughter’s birthday party in Chicago. More recently, the the rapper was supposedly “very upset” about Kardashian’s boyfriend Pete Davidson taking 6-year-old Saint for a day on the town. But recent photos suggest the exes are actually working on their situation.

Only a few months later Kim Kardashian and Kanye West attended Saint’s football game togetherthe former couple were pictured at another of their children’s sporting events – North’s basketball game. TMZ obtained photos believed to have been taken on Friday, June 17, which showed the parents sitting a row apart at a gymnasium in Thousand Oaks, Calif. Pete Davidson was not present at the family outing, and although Kimye apparently seemed cordial, talking to each other occasionally, eyewitnesses told the site they were low key, not making a scene by clapping or by doing anything.

The two appearing in public together for the sake of their children is a good sign that they are make children a priority. Co-parenting is notoriously important to the Kardashian-Jenner family, many of whom are not yet with the fathers of their children. Kourtney Kardashian recently married Travis Barker after having three children with Scott Disick, and Khloé Kardashian shares daughter True with Tristan Thompson, whose paternity scandal and breakup with the reality TV star were the main objective of The Kardashians Season 1 finale.

Kimye’s sighting is particularly heartening following reports that Kanye West wasn’t happy Pete Davidson’s solo outing with Ye’s 6-year-old son. Kim Kardashian’s boyfriend of less than a year was pictured holding Saint’s hand as they strolled through different stores and finally ended up at The Cheesecake Factory. It’s easy to see why West would be hurt by such an event, especially since at the height of his social media feud with Kardashian and the former Saturday Night Live comedian, Ye told Davidson that he would never meet his children.

Things are moving fast, though, and Pete Davidson has obviously met all four of Kimye’s kids (he’s even tattooed their initials on his neck). He and Kim Kardashian seem to be getting more and more serious, and although he doesn’t appear in Season 1 of The Kardashiansit was revealed in a post-credits scene in the finale that Davidson was hiding backstage at least part of the time.

Kanye West, meanwhile, has remained silent since the social media feud ended, as he said that for the sake of the children, he would not make any more inflammatory statements and that he would “go somewhere to get better. “. It’s unclear to the public what exactly this entailed, but it was reported that his team was looking for a behavioral treatment center “with a luxury component”.

Whatever help Kanye West is getting to come to terms with the situation surrounding his family, it’s heartening to see both parents coming together again to support their children. The first season of The Kardashians ended, with all 10 episodes available to stream with a Hulu subscription, and if and when it returns, we’ll likely see more of how the former couple settle into their roles as co-parents. Until then, be sure to check out our 2022 TV schedule to see what shows are coming up.