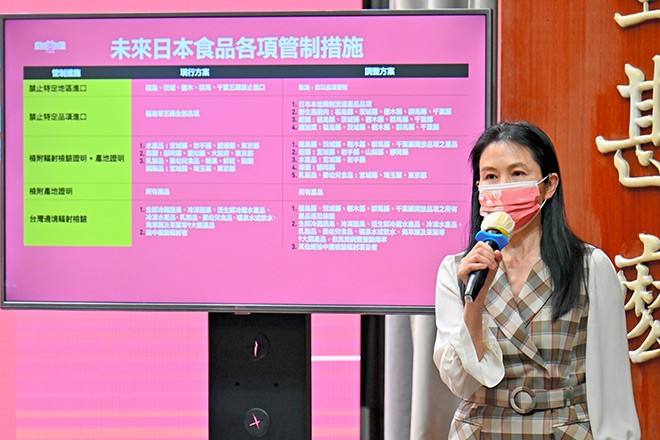 Taiwan’s decision to significantly ease restrictions on Japanese food imports may not go as far as Japan had hoped.

But it could be an important step towards eliminating import restrictions on Japanese food products that countries imposed following the Fukushima nuclear disaster in March 2011.

Taiwan has banned food imports from the five prefectures of Fukushima, Ibaraki, Tochigi, Gunma and Chiba, except for alcoholic beverages.

The ban remained in place despite declining levels of radioactivity and progress in decontamination efforts.

Taiwan at one point considered reopening its door to Japanese food imports, but scrapped the idea due to opposition from the safety-conscious public.

In a shift in policy, Taiwan announced it would lift a ban on Japanese food imports later this month, except for certain products including mushrooms and game meat.

The decision should contribute to the reconstruction of the areas affected by the nuclear disaster.

Nevertheless, the products of the five prefectures must be accompanied by reports of radiation protection inspections. The requirement will place a burden on businesses.

A total of 14 countries and regions, including Taiwan, China and South Korea, are still restricting food imports from Japan due to safety concerns stemming from the nuclear accident.

Tokyo is expected to take advantage of Taiwan’s shift in policy to advance negotiations with other countries on removing restrictions.

Taiwan’s move is believed to be aimed at winning Japan’s support for its bid for the Trans-Pacific Partnership multilateral trade deal.

This is a good opportunity for Japan to pressure China, which has also asked to join the agreement, and South Korea, which has expressed interest in becoming a member, to follow suit.

China has maintained particularly strict restrictions on Japanese food imports. It effectively bans imports of many food items from all over Japan, with the exception of seafood.

Chief Cabinet Secretary Hirokazu Matsuno said the Japanese government had explained that Japanese food products were safe to eat from a scientific point of view and demanded the rapid elimination of import restrictions.

Admittedly, Japanese safety standards for food shipments are stricter than the international standard.

But a lesson learned from negotiations on the issue over the years is that claims about the safety of Japanese food based solely on science are not enough to persuade trading partners to ease import restrictions.

World Trade Organization rules give countries wide discretion over import restrictions on food products they deem to be a potential safety hazard to their people.

Countries are not obligated to follow international standards. Each country has the right to decide the level of risk it is prepared to tolerate by social consensus.

Japan lost the trust of the international community when the nuclear disaster struck.

To regain this trust, it is vital for Tokyo to humbly listen to the voices of other countries and rebuild its relationship with each of them.

Japan’s neighbors have expressed concern over the government’s plan to dump treated radioactive water from the Fukushima nuclear power plant into the sea.

If Japan goes ahead with the plan, it must disclose related information to ensure transparency of the process and provide conscientious and thorough explanations of what is involved.