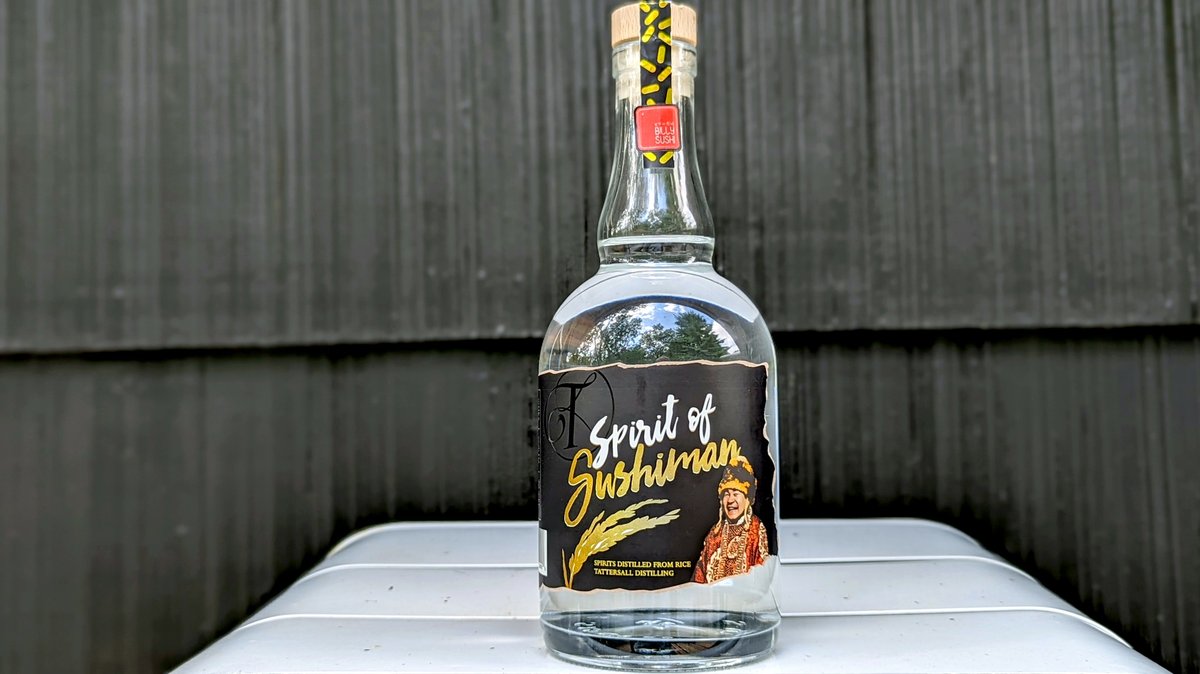 It all started over a drink. As things do.

Bentley Gillman, Tattersall’s chief distiller, is a bit of a mad scientist who deals with side projects that may or may not see the fast lane of the distillery’s production line. One of the projects he was working on earlier this year was a shochu-style rice-based spirit.

Shochu is a distilled spirit whose traditions date back 500 years in Japan. Typically, it is made from rice, but barley, sweet potatoes, and buckwheat are also used. It typically packs a punch, with an ABV of around 25-30%, which is lower than whiskey but higher than sake (which is fermented with rice, while shochu is distilled). Korean soju is also distilled rice wine, but it generally contains less alcohol and may contain flavorings and additives beyond the distillate. In Japan, shochu is more popular than sake, accounting for 15% of alcohol consumption in 2020.

Gillman wanted to test the flavor of his project on the road, so why not speak to an expert. Along with Taylor Stein, Tattersall’s sales manager, Gillman brought it to a dinner party they had planned at Billy Sushi. Cautiously, they offered Billy Tserenbat, the iconic and intrepid Mongolian sushi maker, a sip.

“I thought it was impossible man,” Billy said when told that someone was making shochu in the area, “This can’t be good, this guy is crazy to think he can do it But then I tasted and realized he was the right kind of crazy. It was so good! If you saw Billy in full Mongolian dress sitting next to the A-rod at the Timberwolves game, you know that smart fools recognize smart fools.

So the two began their journey to create the perfect recipe for what is now known as The spirit of Sushiman. It’s not shochu in the strict sense, it’s more inspired by the process.

Gillman and his team spend a lot of time making rice balls. The labor intensive process is one of the reasons they are limiting production to around 500 bottles for this first round.

Gillman breaks it down as follows: “The rice is cooked and cooled and inoculated with rice yeast balls known as jui qu, jing bao or simply qu. These balls contain a combination of yeast, mold and bacteria that work together to liquefy, saccharify (convert starch into simple sugar), and ferment rice grains.The liquid produced from this process is similar to rustic sake, although sake production involves a few additional steps. It most closely resembles rural Chinese rice wine called mijiu, and Korean rice wine called cheongju or makgeolli, or rural Himalayan rice beer called chhaang at this point.It is tart, with a subtle, alcoholic sweetness. From there, this beer/rice wine is double distilled in the spirit of Sushiman. This finished product is called soju in Korea, shochu in Japan, shaojiu in China and raksi in Nepal.”

Billy and Gillman worked the recipe together, refining the technique to create a spirit that is clean, clear and easily sipped on its own or in cocktails. Stein recalled when he first started tasting shochu, how hot some spirits were when they were only around 25% alcohol. “The alcohol burn always surprised me and it made some of them harder to work with in cocktails, so I started drinking more rice-based liquors and thinking about how we could tame that burn.”

“I think it’s perfect right now,” Billy says. “We played with wild rice and buckwheat and it was so awesome.”

Gillman adds, “It’s challenging enough to get people to try new things like this, but once they get a taste of it, I think they’ll really love it.” And from there, maybe we can play around with funkier flavors.

After sipping the spirit, I can say it’s definitely not too hot on the tongue and has a much richer mouthfeel than anything misnamed Japanese vodka, like shochu l ‘is often. I would say almost creamy. It tastes very clean and carries just a bit of a floral, sweet sweetness that makes it an ideal sip to accompany sushi. It also layers well with a few cocktail creations I’ve tried, especially the Bee’s Knees with Honey Ginger Syrup. But I loved it in the highball with acidified lemongrass syrup, if I felt like the right light undertone in this bubbly refreshment.

You can of course find Spirit of Sushiman at Billy Sushi in North Loop. If he doesn’t have it in a hip holster by the end of the week, color me shocked. It might be your best bet to taste before buying a bottle, which will cost around $45 at local retailers. Surdyk’s will host Billy on September 10 from 2-4 p.m., where he will pour samples and sign bottles.

But if you really want the full Sushiman experience, make plans (read: find a driver) for the official bottle launch on September 22 at the Tattersall River Falls facility. At the 6-9pm launch, Billy will demonstrate how to break down a whole bluefin tuna, you’ll have small snack plates, a sample of the neat spirit and in three different cocktails specially created by the founder of Tattersall, Dan Oskey: There will be the Bee’s Knees riff, a Sushiman Daiquiri, and the highball version called Billy Collins. Tickets are $75/person and seating is limited, so if you’re hoping for a little crazy-smart to rub off on you, don’t delay.

Cancers in adults under 50 on ‘dramatic’ rise worldwide, study finds