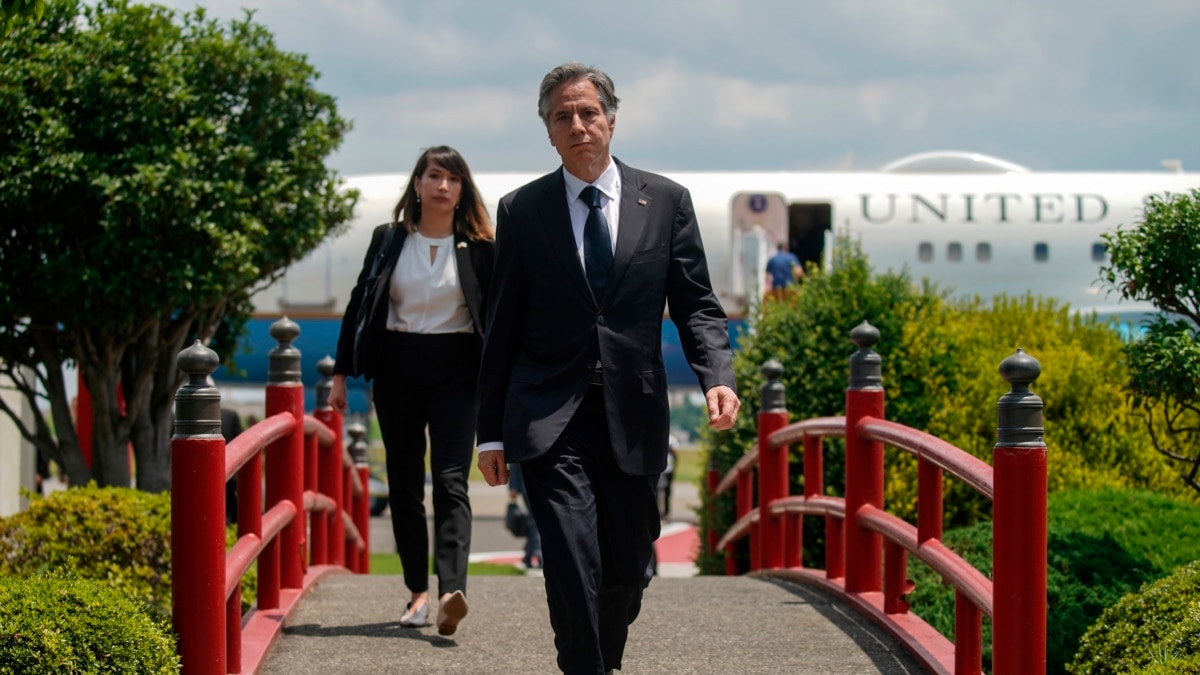 US Secretary of State Antony Blinken expressed his condolences during a visit to Tokyo on Monday following the assassination of former Prime Minister Shinzo Abe.

“I shared with our Japanese colleagues the sense of loss, the sense of shock that we all feel, the American people feel, at this horrific tragedy and murder,” Blinken told reporters after meeting Prime Minister Fumio. Kishida. “It’s also such a loss because during his tenure, Prime Minister Abe has truly taken the relationship between our countries to new heights.”

Abe was killed Friday in the city of Nara while delivering a campaign speech.

Blinken said he visited Japan under US President Joe Biden, “because we are more than allies, we are friends.”

“And when a friend is hurting, other friends show up. We try to ease the burden, to share the feeling of loss, to give a shoulder, and that’s what we’re trying to do today,” said Blinken said.

On Sunday, Blinken condemned the crackdown by Myanmar’s junta while urging China and a bloc of Southeast Asian nations to pressure Myanmar’s military rulers to restore democracy and adhere to the peace agreement they reached last year.

“I think it is incumbent on China and in their interests to see Burma return to the path it was on before it was so violently disrupted by the coup,” Blinken said, using the old name. from Myanmar.

He told a Bangkok news conference that despite last year’s “five-point consensus” peace deal hammered out by the Association of Southeast Asian Nations, or ASEAN, which includes Myanmar, “there has been no positive movement on this”.

In April last year, the other nine ASEAN countries and Myanmar junta leader Min Aung Hlaing signed an agreement calling for an immediate cessation of violence and continuation of talks between all parties.

“ASEAN countries must hold the regime accountable for this…continue to demand an end to violence and the release of prisoners,” Blinken said.

“And we continue to see a terrible humanitarian situation exacerbated by the regime not providing what is needed for the people,” Blinken added.

He said: “All countries must continue to speak clearly about what the regime is doing, its ongoing repression and brutality. We have an obligation to the people of Burma to hold the regime accountable.

Blinken, on a tour of Asian countries, met with Thai Deputy Prime Minister and Foreign Minister Don Pramudwinai. They signed a communiqué on the countries’ strategic alliance and partnership, and then a memorandum of understanding on promoting supply chain resilience between Thailand and the United States.

Speaking to reporters afterwards, Blinken said, “Our countries share the same goal of a free, open, interconnected, prosperous, resilient and secure Indo-Pacific. Over the past few years, we have worked together even more closely towards this vision. Our economic ties are incredibly strong and are emerging even now from COVID. They will become stronger.

Blinken arrived in Thailand days after his Chinese counterpart, Foreign Minister Wang Yi, who was on his own Southeast Asia tour. Over the weekend, Wang traveled to Myanmar, his first visit to the country since the military took over last year.

Blinken and Wang met Saturday at the Group of 20 largest economies, or G-20, summit in Bali, Indonesia, and spoke for several hours.

The top US diplomat told his Chinese counterpart at the meetings that China’s support for Russia’s war in Ukraine complicates US-China relations at a time when they are already plagued by divisions and conflict. enmity on many other issues.

Wang blamed the United States for the slowdown in relations and said US policy had been derailed by what he called a misperception of China as a threat.

“Many people think that the United States suffers from China phobia,” the Chinese foreign minister said, according to a Chinese statement. “If such an expansion of the threat is allowed to develop, US policy toward China will be a dead end with no way out.”

Blinken said he conveyed “deep US concerns about Beijing’s increasingly provocative rhetoric and activity toward Taiwan.” Blinken said he also responded to US concerns about Beijing’s attempt to control the strategic South China Sea, the crackdown on the freedom of Hong Kong residents, and the treatment of ethnic and religious minorities, including the Uighurs in Xinjiang.

In addition, the US Secretary of State said he and Wang discussed ways to strengthen cooperation between the two countries in areas including the climate crisis, food security, global health and the fight against human trafficking. dope.

For his part, Wang said China and the United States should work together to ensure that their relationship will continue to move forward on the right track.

Targeting a bid: Which goaltender should the Capitals acquire?