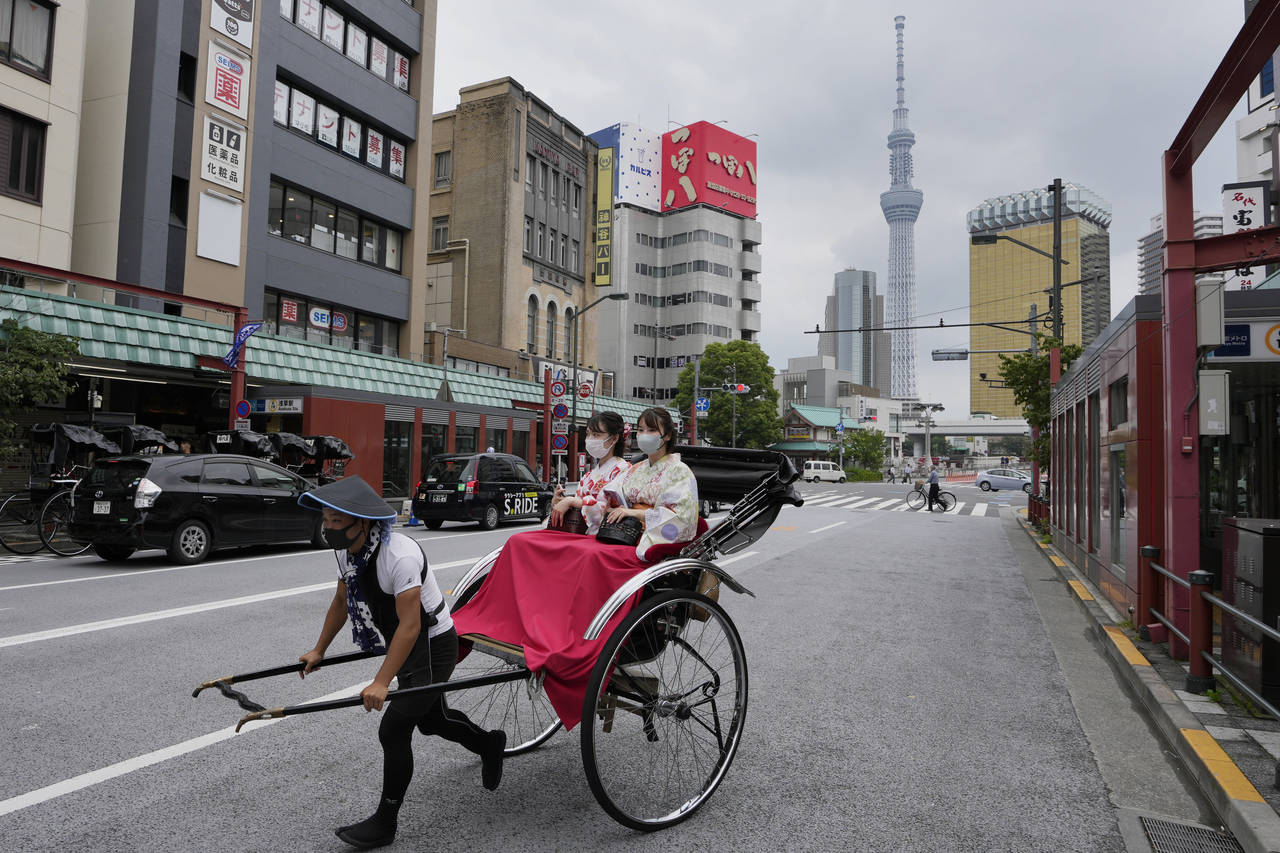 TOKYO (AP) — Rickshaw men in Tokyo are adding English-speaking staff, a sure sign that Japan is bracing for a return of tourists from overseas.

That’s great news for Yusuke Otomo, owner of Daikichi, a kimono rental shop in Asakusa, an old Tokyo neighborhood famous for its temples, quaint restaurants and rickshaw rides. He can barely contain his excitement.

“Those were three difficult years. But we managed to hold out until today. And after such an experience, to think that people from abroad can finally come back is just exciting,” Otomo told The Associated Press.

“I think maybe, just like before COVID, my shop, the city of Asakusa, and everyone’s heart can blossom again. I can’t wait.

Before the pandemic, Asakusa was so full of foreigners that they sometimes outnumbered the Japanese. After the coronavirus hit, the streets were deserted.

“Not a soul in sight,” he said sadly.

Some folded kimono rental stores. Restaurants have been closed.

Crowds are finally back with a gradual easing of the city’s COVID-19 restrictions, which called for early restaurant closures and social distancing and limited attendance at events. But most visitors are Japanese.

Shuso Imada, general manager of the JSS Information Center, a sake and shochu showroom in downtown Tokyo, said he felt quite lonely and was eager to tell foreign visitors how to pair the traditional Japanese rice wine to all kinds of non-Japanese dishes. , even cheese and beef.

“Somehow we didn’t have much to do and we just had to wait. The doors are now open again,” he said.

But like others expecting tourists, he acknowledged that the limited entry for tour groups currently in effect might not allow time for a relaxing visit to his center.

Visitors should adhere to guidelines requiring travelers to have a special coordinator, stay on specific routes, and adhere to rules such as wearing masks and regularly using sanitizer.

Before COVID, tourism was booming as a mainstay of Japan’s economy, the third largest in the world. Overseas visitors were at a record 32 million in 2019 and the target for 2020 was 40 million. After the arrival of COVID, the government gradually imposed very restrictive limits on foreign arrivals, for a time excluding many foreign residents.

Since June 10, it has allowed foreign tourists to visit, but in limited numbers and only on group tours, not as individual travelers.

Visas are required for almost everyone, even those from countries that would normally have visa-free entry. And they’re only available to travelers from 98 so-called “blue” countries, including the United States, who are considered to pose minimal health risk and can enter without quarantine if they show proof they have tested negative for COVID within 72 hours of their departures.

People entering Japan from countries considered to be at greater risk must quarantine for three days at home or in government-designated facilities. There is a daily cap on arrivals of 20,000 people, including all travellers. And the number of airports open to foreign tourists is also gradually increasing.

Concerns about COVID-19 remain. If infections recur in another wave, pandemic precautions could be reinstated.

Japan, a crowded island nation, is wary of outside risks and infectious diseases. After about two years of seeing very few tourists, the Japanese are having to adapt, Otomo and others said.

So the authorities are slowing down.

“I would like foreign tourists to come, as long as everyone, including myself, respects the rules, such as wearing masks and respecting sanitary standards,” said Minaho Iwase, who recently visited Tokyo from Aichi. , in central Japan.

Many tourists may be deterred by restrictions on independent travel. But some seem not to care.

“When my friends asked me to join this trip to Japan, I immediately said ‘Yes’. I have visited Japan before. I love their food, their tradition and their very organized culture. Japan is awesome,” said Sorrasek Thuantawee, an office worker who joined a group of eight Thais excitedly preparing to board a flight from Bangkok last week.

Japan is a favorite destination, although it is not “100% open”, said Nuttavut Mitsumoto, the group’s guide, the Thai travel agency Compax, the world’s first in Japan since it was relaxed its entry rules.

The Japanese yen has weakened this year against the US dollar and other currencies, making visits a boon.

Back in Asakusa, rickshaw man Shunpei Katayama has yet to drive his first post-COVID foreign tourist, but English-speaking drivers are back to work. And for now, Japanese visitors from outside Tokyo are keeping it busy.

“Japanese people who can’t get to Guam and other places overseas come to visit Shibuya. And Asakusa,” he said.

Recently, Otomo was snapping photos of a Japanese mother and daughter dressed in a colorful kimono to attend a friend’s wedding in Tokyo.

Foreign customers who frequented his shop were so enthusiastic about dressing up as samurai, ninja and geisha, complete with swords and hair ornaments. Some quickly became friends, regardless of nationality, Otomo recalls somewhat sentimentally.

“When they are happy, I am happy. They get my adrenaline pumping,” he said.

AP reporters Tassanee Vejpongsa in Bangkok and Haruka Nuga in Tokyo contributed to this report.

Copyright © The Associated Press. All rights reserved. This material may not be published, broadcast, rewritten or redistributed.