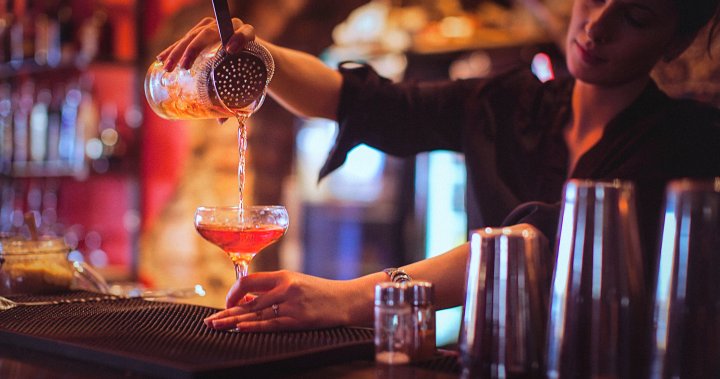 Alcohol service at the Calgary Stampede appears to have returned to its pre-pandemic state as the Gaming, Alcohol and Cannabis Commission of Alberta gave revelers the green light to start their party a little earlier than usual.

On Friday, the AGLC announced it would grant Calgary bars, restaurants and lounges the ability to begin serving alcohol at 8 a.m. during the Stampede, which runs July 8-17.

On parade day, commercial establishments along the route will be able to start liquor service at 7:00 a.m.

Private events can also get pre-approval from the AGLC to start serving drinks as early as 6:30 a.m.

The new start time covers all businesses that have Class A, B and C liquor licenses. In a press release, the AGLC said licensees did not have to apply for this particular extension.

Regular closing times will not change and all other rules among the various licenses will remain in effect.

Godiva creates a new drink based on Japanese sake