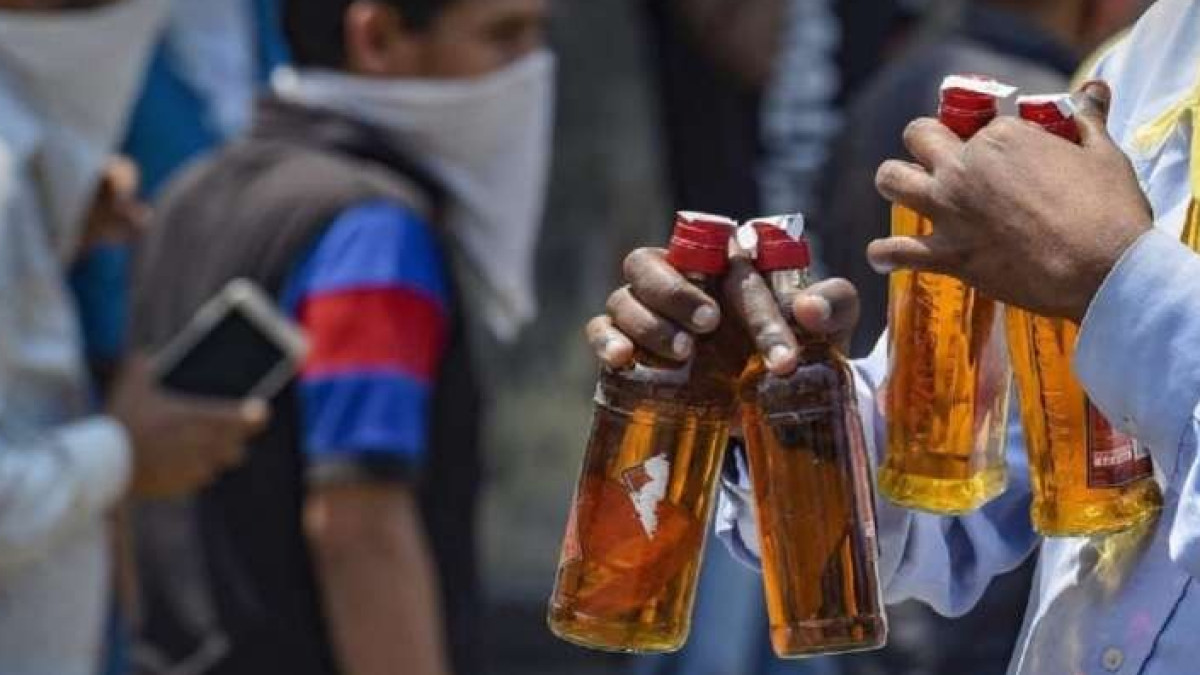 Eleven people have died and 12 have become seriously ill, many of whom lost their sight, after consuming fake alcohol in Saran district, dry Bihar, officials said.

According to District Magistrate Rajesh Meena and Superintendent of Police Santosh Kumar, five people have been arrested for their alleged involvement in making and selling hooch, while the relevant police station SHO and local chowkidar have been suspended.

Reports were received on Thursday of two people who had died and many who had fallen ill after drinking alcohol. The incident was reported from villages under the Phulwariya panchayat in the area of ​​Maker police station, they claimed.

“A team of police, excise officers and doctors were dispatched and those who fell ill were admitted to Sadar Hospital here. Those whose condition worsened were rushed to the scene. at PMCH Hospital in Patna,” they told reporters at a joint press conference in Chhapra. town on Friday.

Nine died while undergoing treatment at Patna Medical College and Hospital, one at a private health facility and another person was cremated before the administration learned of the incident, they said.

“Twelve people are still on treatment here and at the PMCH,” officials said.

It has emerged that the villages have a tradition of drinking alcohol during a festival during the Hindu calendar month of Shravan. The festival took place on August 3 when locals consumed adulterated alcohol, officials said.

The SHO and the chowkidar have been suspended and departmental charges have been filed against them for failing to take note of local custom and take preventative action, the senior officer said.

The sale and consumption of alcohol was completely banned in Bihar by the government of Nitish Kumar in April 2016.

Nonetheless, since November of last year, the state has reported a number of tragedies in which more than 50 people have died.

Recently, 42 people from Botad in Gujarat and neighboring district of Ahmedabad have died so far after consuming the fictitious alcohol on July 25, while 97 people are still admitted to hospitals in Bhavnagar, Botad and Ahmedabad, according to Gujarat Minister of State for Home Harsh Sanghavi.

Congress General Secretary Priyanka Gandhi Vadra also attacked the BJP for the deaths from fake alcohol consumption and asked who was responsible.

“By putting the prohibition label on top, who are the government people protecting the illicit liquor trade,” she asked.

“The land of Bapu wants answers to these questions. The BJP government is running away from questions of protecting illicit liquor trade,” Priyanka Gandhi said in a tweet in Hindi.

Addressing a press conference at the AICC headquarters here, the head of the Congress media department, Pawan Khera, and Rajya Sabha member, Amee Yajnik, urged Prime Minister Narendra Modi to speak out on fake liquor deaths and to meet the families of the victims during his visit to Gujarat on Friday.