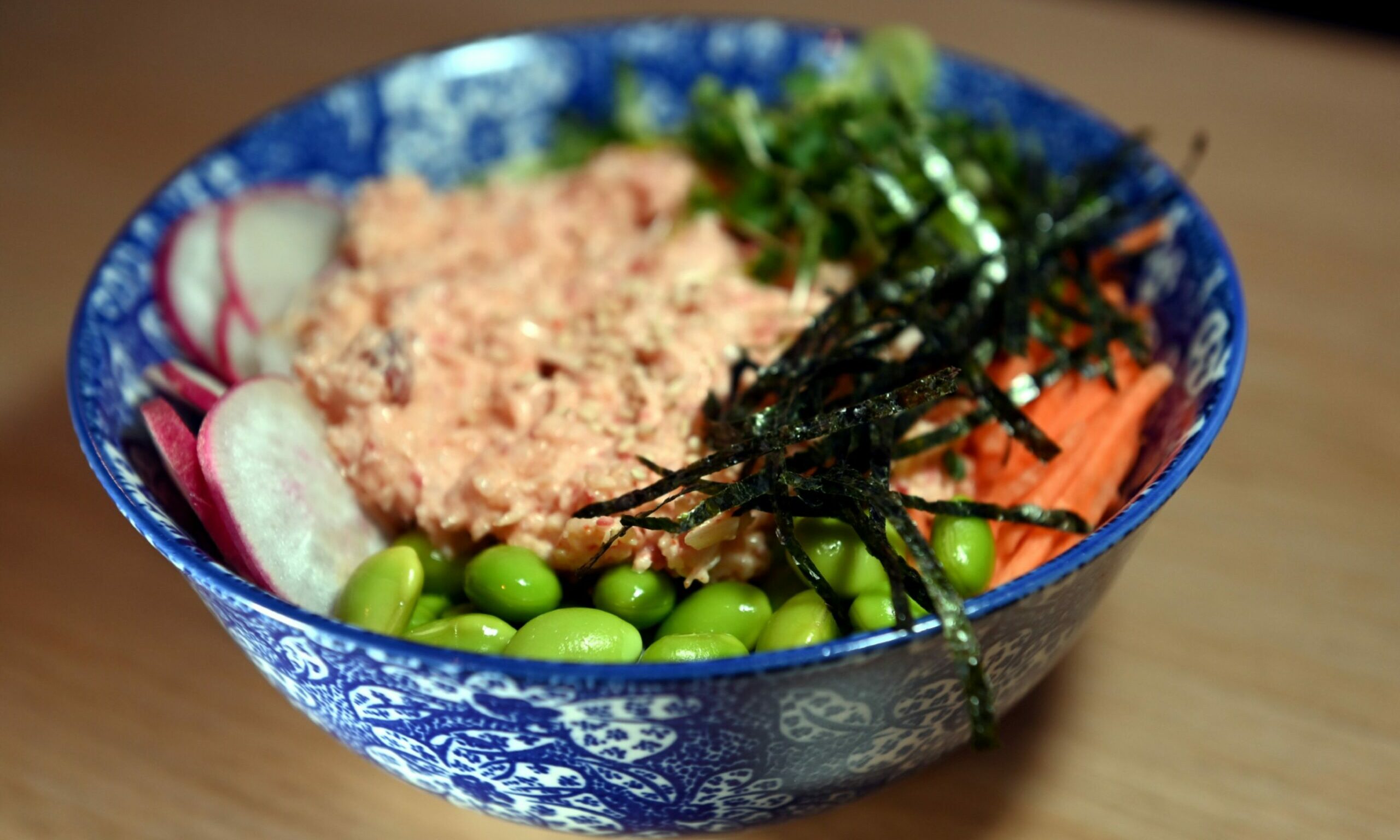 It is said that moving is one of the most stressful times of your life. I can definitely tell you after doing it recently, it most certainly is.

A change like a move is hugely exciting, but with that excitement comes the nerve-wracking, emotional ball of anxiety that has stuck in the pit of my stomach for the past few months.

When I’m stressed, I turn to food for comfort. It is my sanctuary, it is familiar to me and I feel safe. My boyfriend knows how much I enjoy eating out, so he suggested we celebrate our first week in our new home that we went for a bite to eat.

After all, if I had to find another home for the 20 million cables we’ve somehow accumulated over the past five years or so, I might have gotten lost.

I wanted to go somewhere laid back, somewhere that would offer good food but require minimal effort on the dress code front.

Having recently opened, I thought Masaki on Langstane Place in Aberdeen would be the perfect place.

The Japanese restaurant is owned by the former owner of The Sushi Box, Atisaya Aitcheson, and is based in the location where the famous Yatai restaurant once operated.

I booked a table online this Saturday morning for 6pm which was the last available time for dinner service.

We decided to take our steps up and walked to the restaurant.

Upon arriving, we opened the doors to a minimalist, slightly rustic place that has flowers on the tables and foliage and ornaments strewn throughout.

A large, welcoming sign by Masaki was on the wall and was one of the first things I noticed upon entering. While the open grill that Yatai was so well known for was hidden away and the green walls replaced with white and dark gray walls, Masaki had brought a refreshing new business to the upper town and I was looking forward to it. stay there.

As it is still arranging its licensing, the venue allows you to bring your own alcohol, with a range of hot teas and soft drinks available.

The menu isn’t extensive but it need not be, with ramen, rice bowls, sushi and other dishes on offer.

Ordering two Diet Cokes, we chose a selection of items to share to eat, with each course served as soon as it was prepared.

Our server brought soy sauce, wasabi and fresh ginger to our table, with spoons and chopsticks in hand.

She was very friendly and was happy to advise on choices we weren’t entirely sure about.

The first dish to grace our table was pork ramen. Not the easiest to share, it came with a halved boiled egg and a large circular slice of pork.

The noodles were very thick and soft and the meat was well cooked. The pork was difficult to break up as it was a larger piece, but it was very tender so required the use of chopsticks and a spoon to break it apart.

As for the broth, it was creamy and light, and there were lots of little bits of vegetables like sweet corn and chopped spring onion. We drank and drank with lots of broth splashing our chins as we tried to devour it together.

The spicy crab bowl was next.

This showstopper of the night was a favorite of my boyfriend and the only dish he came back to more often.

The crabmeat was unlike anything he had tried before. With a hint of spice that briefly landed on the top of your tongue, the creamy sequel rids all the heat of a warming, more indulgent offering.

There was a lot of crab meat and I used my chopsticks to stir it into the sticky rice that was hiding underneath and the other additions also gracing the periphery of the bowl including edamame beans, grated carrot, radish minced, grated cucumber and finely chopped spring onion. Each ingredient allowed the crab to really show its flavor.

We both loved the teriyaki sauce that was drizzled over the eight pieces of sushi. The sticky rice surrounded the succulent pieces of chicken which had also been lightly tossed in the sauce.

Each piece was large enough that you could eat it in two bites, but you could also eat it in one for those brave enough to try. A good piece of crunchy cucumber was also added to the dish.

As for the salmon, huge chunks of sliced ​​fish engulfed the bed of rice he was sitting on. The color was brilliant and it looked incredibly fresh and had sesame seeds sprinkled on top.

I dipped this one in soy sauce which added to the flavor, bringing a saltier finish to the fish which helped open up more intense flavors.

The special was one of my favorites of the night. The salmon was lightly seared and you could really savor that grilled taste. The fish was absolutely delicious and melted in our mouths.

On top of the fish was a dollop of incredibly flavorful and creamy Japanese mayonnaise and Unagi sauce.

As tempted as we were by desserts like brookies with ice cream from local baker Fat Batch, we decided against a candy and wrapped up warm in anticipation of taking more steps before the end. of the day.

I was pleased to see how busy it was by the time we left about an hour later, having been a little quieter on arrival. It was clearly when everyone had reservations.

Although Masaki is still a bit of a work in progress, it’s clear that the team have certainly found their feet and continue to bring high quality Japanese cuisine to the people of Aberdeen.

That same The Sushi Box quality is still there, and Atisaya is passionate about using local produce which I must point out is not evident on the menu, but is indicated in the prices.

Masaki hits all the right notes if you’re looking for a laid back, laid back place where you can enjoy delicious food in an unpretentious setting.

This is exactly the place to go to de-stress and regain some Zen.

Price: £40 for two main courses, some sushi dishes and two drinks for two.

My life in food: Nish Kumar talks about cooking in lockdown and eating off car hoods

Insect proteins, local supermarkets’ focus on RTE and private label, AI for Japanese seafood and more feature in our roundup